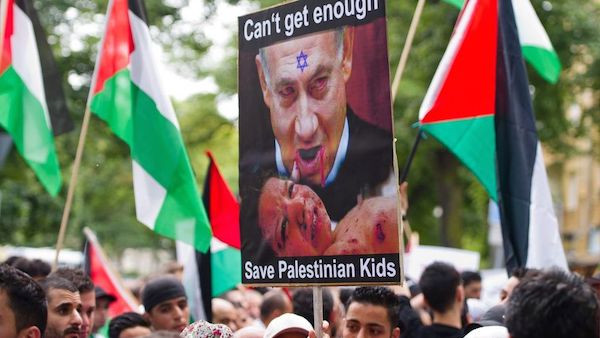 As reported previously, the original decision by the Ben and Jerry’s board was to stop selling their product anywhere in Israel. It was moderated by parent company Unilever limiting the ban to the disputed territories of Judea, Samaria, and East Jerusalem.

The Chairman of the Ben and Jerry’s board, Anuradha Mittal, also runs The Oakland Institute which produced a series of nine reports condemning the very existence of Israel in 2017. She is a long-time supporter of the BDS  (Boycotts, divestment, and sanctions) movement who deleted her Airbnb account after Airbnb thankfully reversed its own boycott of Israel. She also urged opposition to a congressional resolution condemning Antisemitism.  Her leadership of Ben and Jerry’s entry into BDS is an attempt to give legitimacy to the anti-Semitic BDS movement which she supports.

A question often asked that I will attempt to answer below is, why is BDS anti-Semitic?

The BDS is political warfare used against Israel, intended to isolate it economically, culturally, and politically. BDS is not about disagreeing with the policies of an elected Israeli government. Heck, many Israelis have problems with their government’s policies. That’s why there were four elections during the past two years.  The BDS movement has just one purpose, to delegitimize Israel and deny the Jewish people their right to self-determination. That in itself is Antisemitism, a claim supported by world leaders who are not Jewish.

As explained by Alan Dershowitz

Another example of the movement’s Antisemitism is their constant comparisons of Zionism and the state of Israel to Nazis. Drawing comparisons of contemporary Israeli policy is another element of the IHRA definition of Antisemitism.  Many of those comparisons come from the organization that created and manages BDS, the BDS National Committee (BNC).

As reported in the study “The New Antisemitism.”

Ana Sanchez, the International Campaigns Officer of the BNC based in Spain, tweeted, “From the Nazi Holocaust to the Zionist” and included an article that expands on this anti-Semitic comparison. As the BNC leaders disseminate anti-Semitism, as demonstrated above, they influence a broad international audience. Representatives, whether they are activists, organizations, or local chapters, begin to mimic, espouse and provide a platform for the same views. Eventually, the anti-Semitic rhetoric and depictions appear on official BDS organizations’ events and on their social media accounts around the world. For example, just 10 days after Ana Sanchez’s aforementioned tweet, the leading BDS body in Spain, Red Solidaria Contra la Ocupación de Palestina (“RESCOP”), a coalition comprised of more than 40 organizations and groups in solidarity with Palestine74, tweeted a picture of the Israeli flag with a swastika and stated: “In Madrid, thousands of people denounce genocide in Gaza and request suspension of arms trade with Israel.”

That’s one of the thousands of BDS movement examples.

BDS supporter and Congresswoman Rashida Tlaib regularly associates Israel with the anti-Semitic blood libel. Even the ADL, which rarely criticizes a Democrat (even an anti-Semitic one), pointed out this example:

This is an example of how the blood libel works in 2020. @RashidaTlaib retweets a vicious lie steeped in centuries-old accusations used to demonize Jews, then says nothing when it's disproven. An apology is overdue.https://t.co/s8n97T0CVB

Just as in the case of the BDS movement’s denial of the right of Jews to have a homeland, there are many other examples of their use of the blood libel and other anti-Semitic canards.

The BDS movement grew out of the 2001 UN World Conference Against Racism, held in Durban, South Africa. That conference was an anti 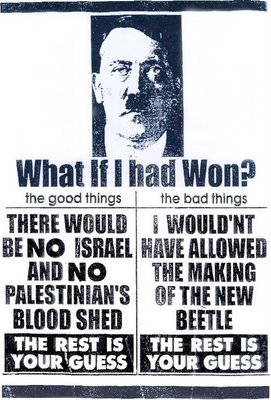 -Semitic hate fest. Copies of the anti-Semitic work, The Protocols of the Elders of Zion, were sold on conference grounds, fliers depicting Hitler with the question, “What if I had won?” circulated among conference attendees. The answer: “There would be NO Israel and NO Palestinian bloodshed,” and many more examples. The conference was so anti-Semitic that U.S. Secretary of State Colin Powell walked out.

As reported by the organization NGO-Monitor,  NGOs (non-governmental organizations) at the conference urged “a policy of complete and total isolation of Israel as an apartheid state…the imposition of mandatory and comprehensive sanctions and embargoes, the full cessation of all links (diplomatic, economic, social, aid, military cooperation, and training) between all states and Israel. Additionally, it called for condemnation of those states who are supporting, aiding, and abetting the Israeli apartheid state and its perpetration of racist crimes against humanity including ethnic cleansing, acts of genocide.”

In other words, the anti-Semitic Duban Conference was the beginning of the BDS movement.

When one summarizes the facts about the Ben and Jerry’s boycott and the BDS movement it becomes crystal clear that Antisemitism is behind it all:

There is absolutely no way for anyone who is not anti-Semitic to deny Ben and Jerry’s BDS action, and indeed, the entire BDS movement is an example of hatred toward Jews.