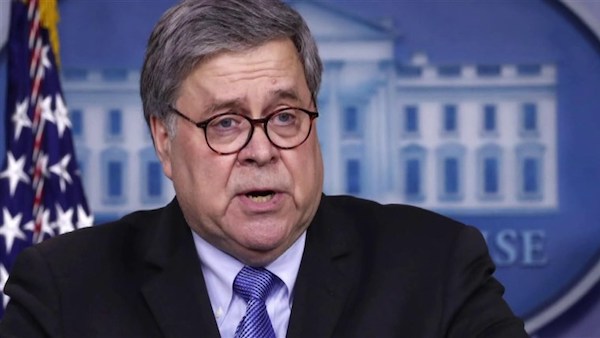 On Monday, Barr ordered federal prosecutors with the Department of Justice (DOJ) to start taking action against localities that are infringing on American’s civil liberties in response to the coronavirus pandemic.

A memo to U.S. attorneys (embedded below) directs them to be on the lookout for any state or local ordinance that “crosses the line from an appropriate exercise of authority to stop the spread of COVID-19 into an overbearing infringement of constitutional and statutory protections.”

Gee whiz, an AG who cares about the Constitution, we didn’t have one of those during the Obama Administration/

Those infringements, it reads, will be addressed in federal court.

Barr didn’t restrict this action to religious entities, something he has warned governors against targeting in the past.

“The legal restrictions on state and local authority are not limited to discrimination against religious institutions and religious believers,” hew rote.

Mr. Barr, can you call NY Mayor DeBlasio with that message? He seems to pick out one religious group for his anger.

“For example, the Constitution also forbids, in certain circumstances, discrimination against disfavored speech and undue interference with the national economy.”

AG Barr orders federal prosecutors to identify coronavirus-related restrictions from state and local governments “that could be violating the constitutional rights and civil liberties.” https://t.co/WChzJcpr4R

“I think he wants to see, like everybody, he wants to see people get back to work,” Trump replied. “He doesn’t want people to be held up when there’s no reason for doing it.”

The President noted that legal action would depend on the states and their individual actions.

“You would think that trying to block a state … would really undercut the states' rights argument that conservatives have really built so much of the Republican Party around.” pic.twitter.com/ZhYzos81SV

Barr brings up a very important point, that this isn’t solely based on religious freedoms or freedom of speech aspects, each protected by the Constitution in their own right, but it also involves “undue interference with the national economy.”

Americans have a right to earn a living and feed their family.

So, while somebody like New York governor Andrew Cuomo is mocking people out of work by saying, “You want to go to work? Go take a job as an essential worker,” the AG is operating with guidance through the Commerce Clause of the Constitution.

President Trump: "Some governors have gone too far." pic.twitter.com/5O1DZFDoe0

“We have to give businesses more freedom to operate in a way that’s reasonably safe,” Barr has previously explained.

Finally, somebody who is exercising common sense in these unprecedented times.