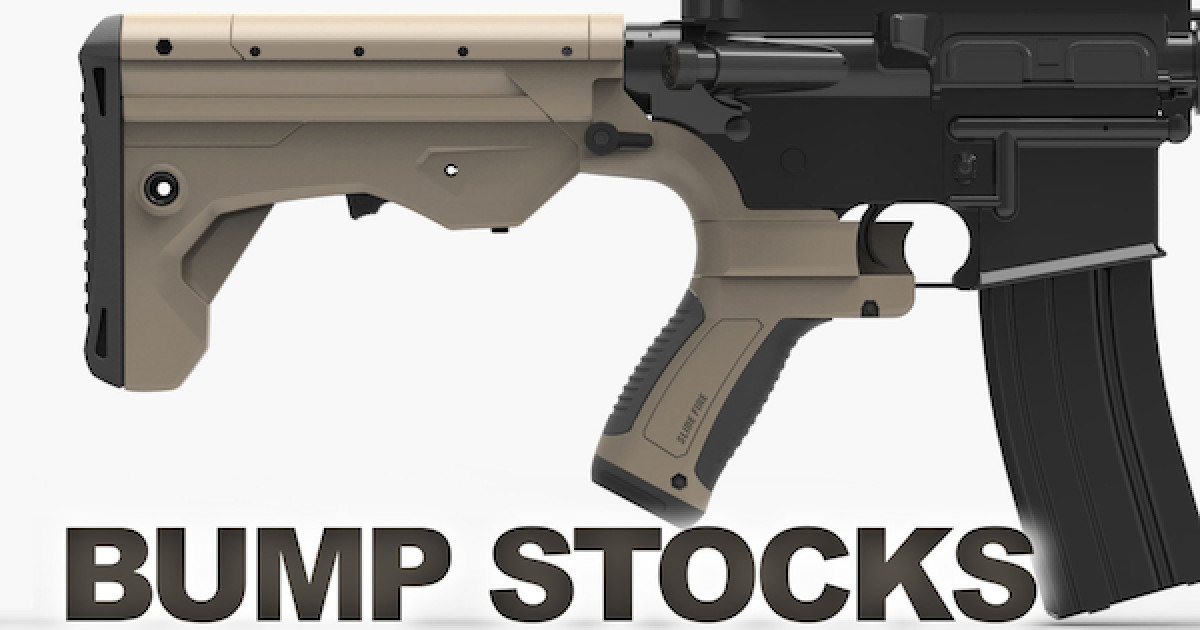 On the night of October 1, 2017, at 10:05 p.m., Stephen Paddock opened fire from his hotel room onto a large crowd of concertgoers at the Route 91 Harvest music festival on the Las Vegas Strip, killing 58 people and wounding 851 others.  One of the reasons he was able to shoot so many people was he used a firearms accessory called a bump stock that makes a semi-automatic weapon into a machine gun.  At the time President Trump said he would look at the legality of the bump stock.  Today the DOJ announced that the ownership and use of the bump stock will be illegal in the United States, Bump stocks that are currently owned must be turned into ATF or destroyed within the next 90 days. 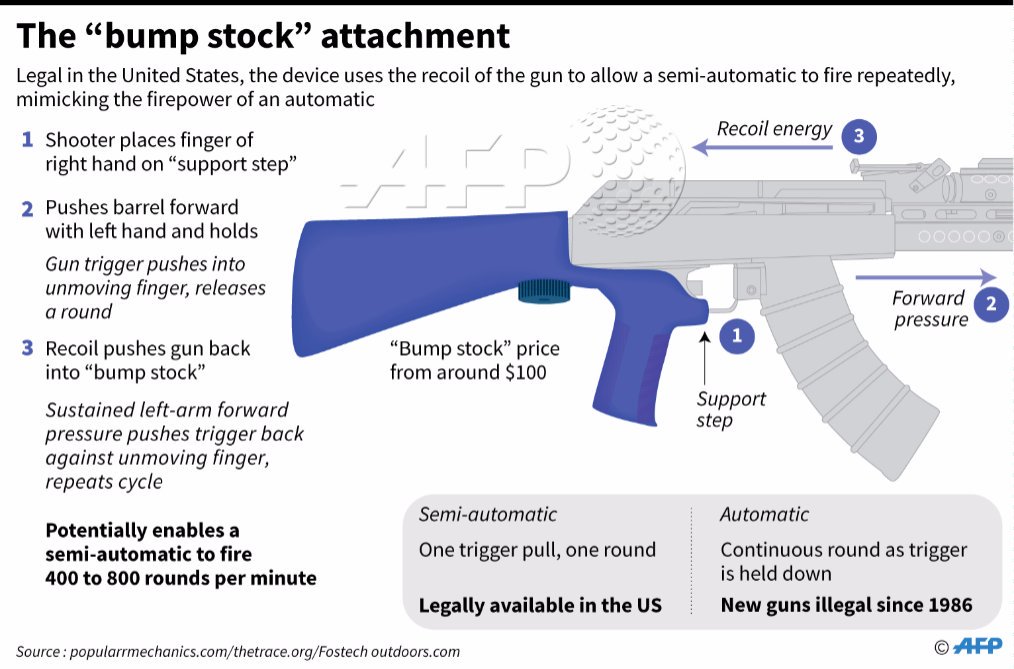 Per the DOJ announcement:

Today, Acting Attorney General Matthew Whitaker announced that the Department of Justice has amended the regulations of the Bureau of Alcohol, Tobacco, Firearms, and Explosives (ATF), clarifying that bump stocks fall within the definition of “machinegun” under federal law, as such devices allow a shooter of a semiautomatic firearm to initiate a continuous firing cycle with a single pull of the trigger.

“President Donald Trump is a law and order president, who has signed into law millions of dollars in funding for law enforcement officers in our schools, and under his strong leadership, the Department of Justice has prosecuted more gun criminals than ever before as we target violent criminals. We are faithfully following President Trump’s leadership by making clear that bump stocks, which turn semiautomatics into machine guns, are illegal, and we will continue to take illegal guns off of our streets.”

On February 20, 2018, President Trump issued a memorandum instructing the Attorney General “to dedicate all available resources to… propose for notice and comment a rule banning all devices that turn legal weapons into machine guns.” In response to that direction the Department reviewed more than 186,000 public comments and made the decision to make clear that the term “machinegun” as used in the National Firearms Act (NFA), as amended, and Gun Control Act (GCA), as amended, includes all bump-stock-type devices that harness recoil energy to facilitate the continued operation of a semiautomatic firearm after a single pull of the trigger.

This final rule amends the regulatory definition of “machinegun” in Title 27, Code of Federal Regulations (CFR), sections 447.11, 478.11, and 479.11.  The final rule amends the regulatory text by adding the following language:  “The term ‘machine gun’ includes bump-stock devices, i.e., devices that allow a semiautomatic firearm to shoot more than one shot with a single pull of the trigger by harnessing the recoil energy of the semi-automatic firearm to which it is affixed so that the trigger resets and continues firing without additional physical manipulation of the trigger by the shooter.” Furthermore, the final rule defines “automatically” and “single function of the trigger” as those terms are used in the statutory definition of a machine gun.  Specifically,

“automatically” as it modifies “shoots, is designed to shoot, or can be readily restored to shoot,” means functioning as a result of a self-acting or self-regulating mechanism that allows the firing of multiple rounds through the single function of the trigger;

Because the final rule clarifies that bump-stock-type devices are machineguns, the devices fall within the purview of the NFA and are subject to the restrictions of  18 U.S.C. 922(o).  As a result, persons in possession of bump-stock-type devices must divest themselves of the devices before the effective date of the final rule.  A current possessor may destroy the device or abandon it at the nearest ATF office, but no compensation will be provided for the device.  Any method of destruction must render the device incapable of being readily restored to its intended function.

The final rule may be found at the end of the post.

I am a member of the NRA, strongly believe in the right to bear arms, and believe that the government should keep it’s grubby hands away from people’s firearms.  However, in this case, I believe the government did the right thing. If one agrees that banning machine is constitutional, they also have to agree that an accessory that turns a semi-automatic into a machine gun should also be banned. Honestly it wont really Beyond that, it takes away one weapon of the anti-gun crazies, and it won’t really change anything for most gun owners.  I also like the fact that it was a rule made by the administration, they won’t use it as an opportunity to pule on more gun-ownership rules. If the bump stock ban was a congressional law, who knows what else they would ban with it.