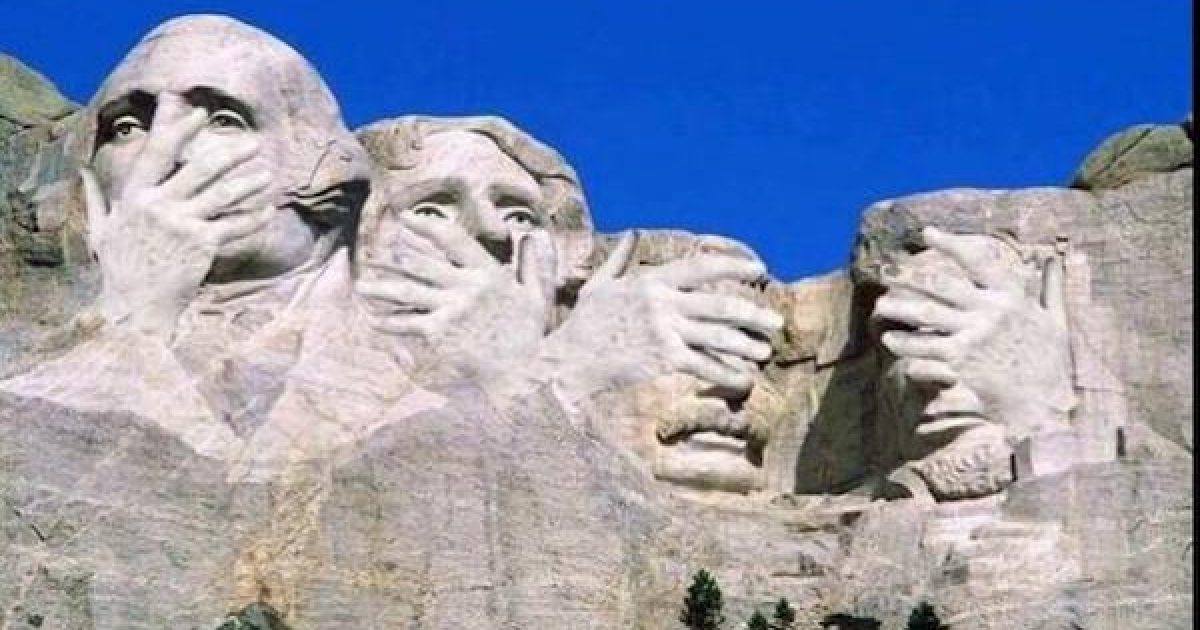 It was almost inevitable that the fatuous protests against the playing of the national anthem by adult football players acting like children would trickle down to actual children.

On Tuesday, Fox News’s Todd Starnes reported that the national anthem will no longer be played at rallies at California High School in San Ramon after student leaders in the school determined the lyrics are racially insensitive.

“It was brought to our attention that the national anthem’s third verse is outdated and racially offensive,” wrote the president of the school’s Associated Study Body, Starnes said. “We had nothing but good intentions by removing the song so that we could be fully inclusive to our student body.”

Talk about fool’s errands! No one ever sings the third verse, much less knows the lyrics, demonstrating how manufactured the outrage is. Keep in mind, moreover, that this critique is coming from someone not old enough to understand fully the history or the meaning of the anthem.

Dennis Fiorentino, a senior at the school, told Starnes there’s “been a lot of pushback on the removal of the anthem – and not just from conservatives.”

Fiorentinos, who was a guest Tuesday on my nationally syndicated radio program, said he was shocked when he realized the national anthem had been banned.

“It’s important that we honor and respect those who sacrificed their lives protecting the freedom that us Americans take for granted every day,” he said.

On a side note, kudos to the student journalists at California High School who first reported this story and did so by writing a fair and balanced report. It’s refreshing to see solid journalism from The Californian.

The student body president posted a letter on the high school’s website defending the decision to ban the song by citing a third verse that references “the hireling and slave.”

There is widespread debate among historians as to what Francis Scott Key was alluding to in the lyrics. Regardless, only the first verse is traditionally sung at sporting events or public gatherings.

“This verse translated, finds joy in the killing of African-Americans,” the student government president alleged. “To think that our nation’s anthem once had the word slave and ‘land of the free’ in the same sentence leaves me speechless.”

And where is that band who so vauntingly swore,
That the havoc of war and the battle’s confusion
A home and a Country should leave us no more?
Their blood has wash’d out their foul footstep’s pollution.
No refuge could save the hireling and slave
From the terror of flight or the gloom of the grave,
And the star-spangled banner in triumph doth wave
O’er the land of the free and the home of the brave. [Emphasis added]

Even Snopes — a site we’ve had issues within the past — argued:

In fairness, it has also been argued that Key may have intended the phrase as a reference to the British Navy’s practice of impressment (kidnapping sailors and forcing them to fight in defense of the crown), or as a semi-metaphorical slap at the British invading force as a whole (which included a large number of mercenaries), though the latter line of thinking suggests an even stronger alternative theory — namely, that the word “hirelings” refers literally to mercenaries and “slaves” refers literally to slaves. It doesn’t appear that Francis Scott Key ever specified what he did mean by the phrase, nor does its context point to a single, definitive interpretation.

But you know that’s not what’s being taught in today’s schools.

Starnes did not identify the student leader because of his young age but did post what the leader said:

Moving forward, we must take action and be inclusive to all. This song was written in 1814. That was written 204 years ago. Imagine all the traditions and laws that have changed.

As our culture shifts to one that is more diverse and accepting of all types of people, so must our traditions. And although we understand that this anthem represents pride and patriotism in our country to many people, we believe that there are other ways that this can be accomplished without an expense to inclusivity on our campus.