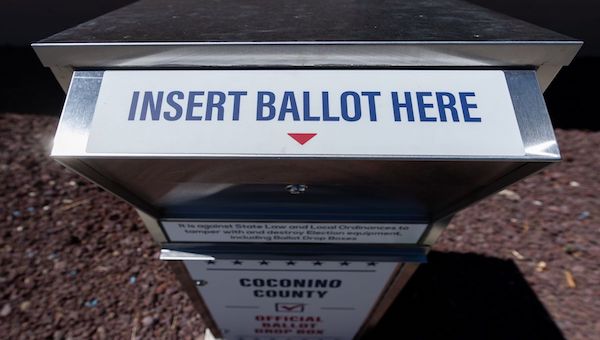 If the election of 2020 taught us anything, it’s that Americans are very, very serious about the security of their elections.

This is, after all, the most important vestige of freedom bestowed upon us by the founding fathers and the only way to keep this beautiful experiment alive.  We cannot and mustn’t allow it to be tainted.

In Arizona, a state that played an integral role in the 2020 election, the 2022 midterms have already conjured a minor controversy regarding electoral integrity.

A federal judge in Phoenix issued a restraining order Tuesday night against a group that has been photographing and recording voters casting ballots at drop boxes in Arizona.

Furthermore, he told the group’s founder, Melody Jennings, to post a message to her account on Truth Social, former President Donald Trump’s social media platform, that reads in part: “It is not always illegal to deposit multiple ballots in a ballot drop box. It is legal to deposit the ballot of a family member, household member, or person for whom you are the caregiver.”

Ballot drop boxes such as the ones used in Arizona featured prominently in the narrative of concerned voters in 2020, partly due to their remote and unsecured nature.