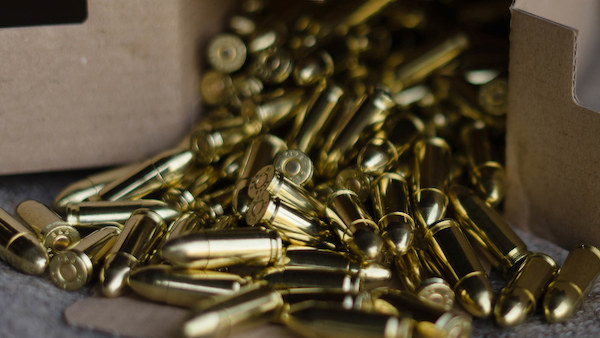 California Federal Judge Benitez has once again thrown a giant monkey wrench into California’s oppressive gun control laws: he ruled on Thursday that the requirement for background checks on ammo was a violation of the second amendment. It’s the 2nd time he’s ruled against the state of California on a 2nd amendment issue.

The first time, Judge Benitez stated that California’s magazine ban was unconstitutional. For one week Californians ran to the stores and bought “large-capacity magazines,” knowing that the state would likely appeal the Judge’s decision.

This latest ruling of Judge Benitez reads in part:

The purported state interest to be achieved by these new laws is keeping ammunition out of the hands of prohibited Californians. These new laws are constitutionally defective for several reasons. First, criminals, tyrants, and terrorists don’t do background checks. The background check experiment defies common sense while unduly and severely burdening the Second Amendment rights of every responsible, gun-owning citizen desiring to lawfully buy ammunition.

Third, in the seven months since implementation, the standard background check rejected citizen-residents who are not prohibited persons approximately 16.4 % of the time.

The California Rifle and Pistol Association was ecstatic over the ruling.

“This is a devastating blow to the anti-gun-owner advocates who falsely pushed Prop 63 in the name of safety. In truth, red tape and the state’s disastrous database errors made it impossible for hundreds of thousands of law-abiding Californians to purchase ammunition for sport or self-defense.” Chuck Michel,  President, California Rifle and Pistol Association

California’s requirement to pass a background check – and pay a $1 fee for it every single time they try to purchase ammunition is “onerous” according to the Judge.

For one of the plaintiffs who joined the California Rifle and Pistol Association’s request for an injunction against the state, the ammunition law has proven to be a nightmare, as we previously reported. Kim Rhode is an Olympic Medalist in Shooting sports. In order for her to purchase the ammunition she needs, she has to have a background check performed. And she is not allowed to have ammunition shipped into California from out of state. The judge also addressed that part of the law.

“A California resident who seeks to buy firearm ammunition must first pay for and pass an electronic background check each time he or she wishes to make a purchase. And a resident may not purchase from vendors outside of California, whether in person or through an internet transaction, unless the ammunition is delivered directly to a California-licensed ammunition vendor, whereupon the resident must then pay for and pass the background check in a face-to-face transaction.” Judge Benitez  [Cal. Penal Code § 30312(a)-(b)]

The State of California is expected to appeal the ruling by Judge Benitez. But he obviously has a common-sense view of California’s gun laws…one that seriously escapes the likes of Moms Demand Action, Everytown for Gun Safety, the Gifford Law Center, and the entire cadre of anti-gun leaders in California.

“Law-abiding citizens are imbued with the unalienable right to keep and bear firearms along with the ammunition to make their firearms work. That a majority today may wish it were otherwise, does not change the Constitutional right. It never has.” Judge Benitez

When the people passed Prop 63, there were several references within it to 2nd amendment rights being “loopholes.”

“Nevertheless, the Second Amendment is not a ‘loophole’ that needs to be closed.” Judge Benitez