A True Back To School Story, ‘The Gift Of ADHD’ 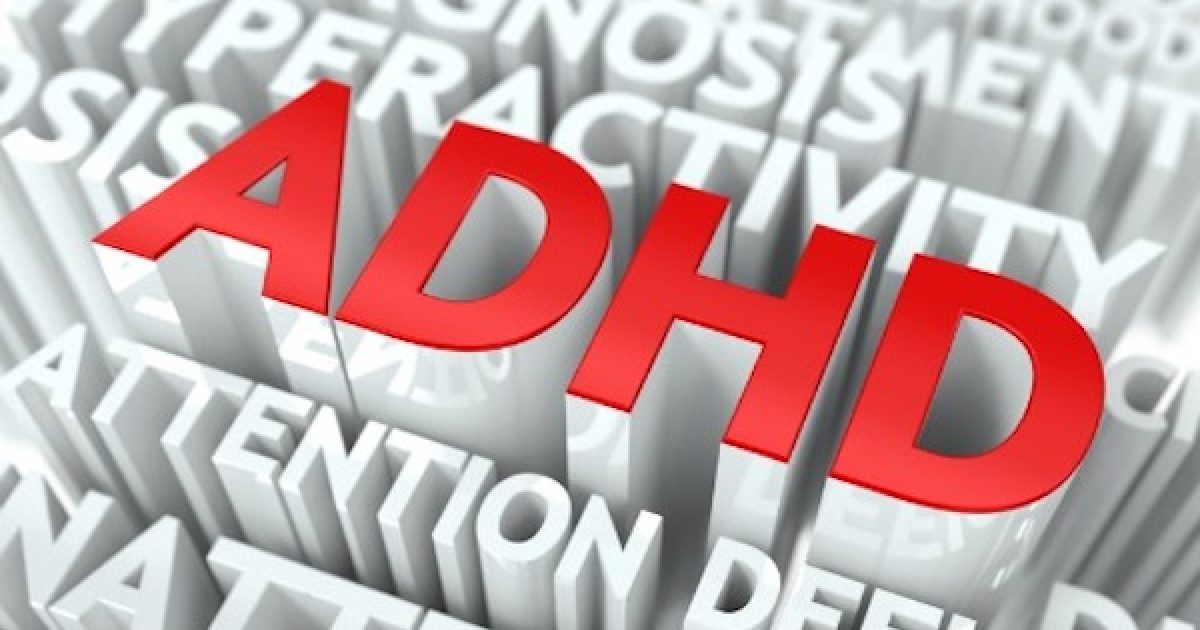 I originally wrote this thirteen years ago for AISH.com. As school has just started or is about to start,  I am republishing this for all the parents struggling against a school administration that does not try to understand that each child is unique and has a unique way of learning.

I knew there was something bothering her. My daughter is usually a happy 12-year-old, but as she approached my car, she had a look on her face that was more serious than I had ever seen.

“Daddy, I think there’s something wrong with me.”

I said what any good father would say: “Honey, are you sure this isn’t something that you should be discussing with Mom?”

“No, Dad,” she said with that frustrated teenaged girl tone that she had developed over the last few months. “It’s not a girl thing. It’s about my Bat Mitzvah! I am weird — all the other kids complain about their lessons, but I like them. Is there something wrong with me?”

After explaining that there was absolutely nothing wrong with her, I began to realize how far she had come and how profoundly proud I am of her. You see, there is something in my daughter’s brain chemistry that makes her a little different and causes her to be distractible, unorganized, and impulsive. It also gives her a high IQ, a wonderfully creative mind, and a sense of compassion that goes way beyond kids of her age.

She needs to work extra hard at tasks just to get started, but her intelligence, resourcefulness, and work ethic enables her to surpass most kids her age. Most nights, she has to work on her studies till 9 or 10 pm, and because of her hard work and intelligence, she was on Honor or High Honor Roll every semester since her entrance into Junior High School. Not bad for a kid with ADHD.

ADHD (Attention Deficit Hyperactive Disorder) is not rare.  It affects between 7 and 8% of all kids, yet it has been my experience that most adults (including educators) are insensitive to the people affected by the problem.

I can’t tell you how often I have heard ADHD or “Hyper” used as a derogatory term to describe any child with behavior problems. Some insensitive adults even describe themselves as ADHD when they are not performing at their usual levels. Those comments are as hurtful as they are untrue. Most of the ADHD kids that I have met are sensitive, smart, and no more rambunctious than other children.

Unlike what some uneducated people may say, ADHD is real. It is not the “disease of the month.”

ADHD does not mean that a child cannot pay attention; it means they sometimes pay attention to the wrong thing.

Some say it is a genetic remnant of the “caveman” days when man was not only a predator but prey. The disorder is actually a gift. It allows their senses to be more in tune with the world around them; they are open to sensory stimulation.

With ADHD, you are much more likely to “stop and smell the roses.” This makes it harder for a person with ADHD to stay focused and return to the task at hand (like cleaning their room). Yet, they can hyper-focus and concentrate on the task at hand in times of crisis better than anyone. My wife says my daughter has “eagle eyes” because she can find the needle in the haystack.

From the first day of kindergarten, school was an everyday struggle in our home because most teachers and administrators can only deal with kids who conform to their vision of a student. It is easy to develop a program to help a child that can’t read or add. But we found that school systems are unprepared to help a very bright child with needs. The school administrators we’ve dealt with see my child as doing well enough, so she doesn’t need help. To the educators I dealt with, the purpose of education was helping a child to become “good enough” instead of enabling a kid to reach their full potential.

My wife and I always thought it important to share my daughter’s needs with the teachers and administrators, but often they just don’t get it! I can’t tell you how often we’ve been frustrated at seeing a report card that commented that my daughter was easily distracted or that she exhibited a lack of organization. To quote the great Homer Simpson, “DOH!”  Would those same teachers tell a parent whose child needs a wheelchair, “You need to get your child to run faster?”

Raising a child with special needs requires you to constantly fight for your child. This has been a full-time job for my wife, even though my kid’s college.  She has questioned, begged, and pushed to make sure that my daughter is allowed to reach her full potential. In many cases, my wife taught the school district about new resources available to kids with needs.

Because we asked questions and didn’t take no for an answer when it comes to our child’s needs, we were known in the school district as the parents from hell. But we always wondered about the other parents, the ones who didn’t know that they can’t take everyone at their word, who didn’t know how to ask questions or realize that they need to fight for their kids.

It’s not that school administrators or teachers are bad people. Most of them truly care about kids.

But schools are like any other business — their job is to get the job done using as few resources as possible. Administrators want teachers to paint a beautiful picture to cover things up, telling parents that everything is going smoothly, even when it isn’t, so mom and dad don’t ask for more services. Parents are not allowed to know the truth. I have seen untenured teachers fired for being honest with my wife and me about the services my child needs. I have seen Tenured staff transferred or disciplined for letting us know more about our child.

Along with her ADHD, my daughter has visual-motor issues and fine motor problems (to this day, she has to type everything). Once in a conference about my child, an administrator tried to answer a question I asked the school’s occupational therapist. The administrator cut off the therapist by saying, “I’m not an expert, but…” I reminded the administrator that the therapist was the expert, so maybe we should hear his answer, not hers. The therapist answered honestly and was removed from the district at the end of the school year. We went through three occupational therapists in three years that way.

Having needs that no one understands can be even more frustrating for my daughter. Once she came home from school complaining that the teacher sat her next to a child throwing paper clips. “Mom,” she said, “the teacher put me, someone with an attention problem, right next to the most distracting kid in the class. What was she thinking?”

Often my child came home relating to us that a teacher doesn’t understand her issues. Part of growing up is to learn to advocate for ourselves, and my child is beginning to learn that. Often, though, a teacher who doesn’t fully comprehend her issues stumps her. This is compounded by her desire to be respectful of authority. We worked very hard to teach her that it is okay to respectfully advocate for her needs. When that doesn’t work, my wife and I (known to the school as the parents from hell) quickly go to the school or the district office to straighten things out.

ADHD can lead to social problems. We all give out body language and other physical signals to the people we interact with. As you may expect, people with ADHD don’t always recognize the signals. For example, because they are caring and impulsive, they are more likely to invade personal space or commit some other social miscues at an older age than other children. Friends can be hard to make, but when people give them a chance, they find her to be a fun and fiercely loyal companion.

God willing, in six months, my daughter will be having her Bat Mitzvah. She is already making comments and asking questions about her Torah portion that make me scramble for the nearest Torah commentary to catch up with her insights.

With the advent of her Bat Mitzvah, she will begin to be responsible for herself and be looked at as an adult in the Jewish community. Actuality, she is just beginning to make that long transition from adolescence to adulthood. Like any parents, my wife and I spend lots of nights worrying about her and her younger brother, who has similar learning disabilities. We worry whether we are doing the right thing, enabling them to reach adulthood. We worry about helping them reach their full educational potential and teaching them to be healthy human beings with good hearts and values.

As she reaches her Bat Mitzvah and begins that transition, I see her disorder as a gift from God despite all the sleepless nights. She has learned that nothing comes without working very hard, that it is important to speak up for yourself (respectfully), and you don’t take good friends for granted.

But most importantly, she is becoming someone for whom values are more important than popularity and a person who can appreciate the things around her better than anyone.  I am already very proud and very thankful.

Now, if I can only get her to clean her room.

Just a note, it’s 13 years later my daughter has graduated college and has been excelling at her job–not bad for a kid who had to fight for the right to receive a good education.