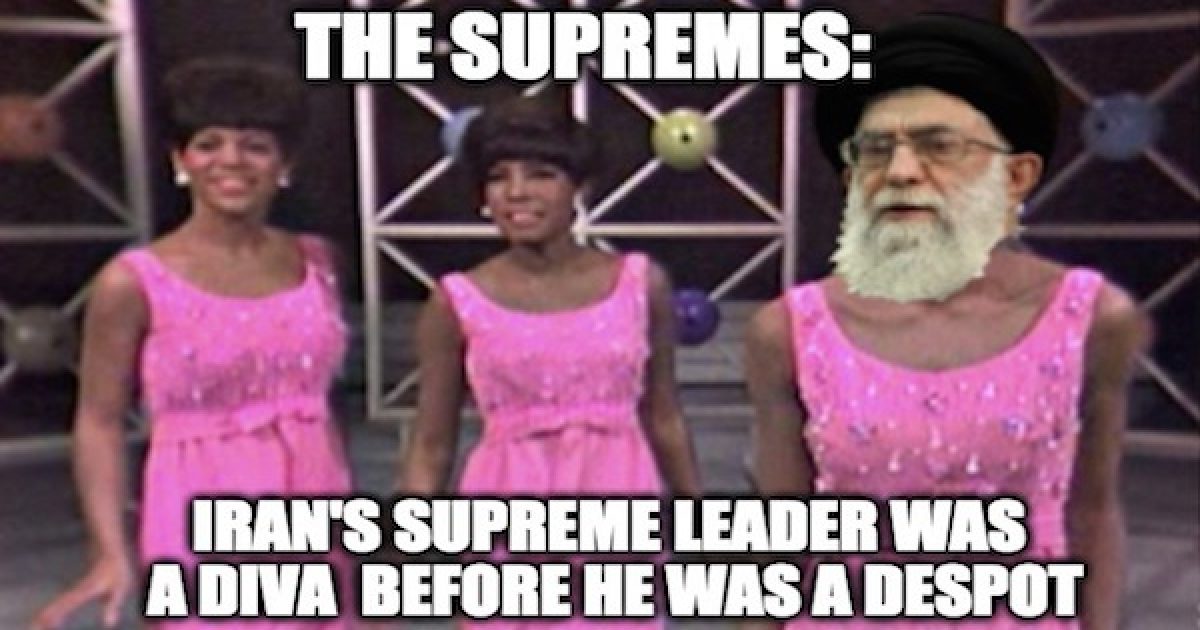 This should alarm any liberal who has even the tiniest capability for introspection.

If I were a liberal and my exact rhetoric was being used by a regime that murders gays, beats women for wearing the wrong clothing, tortures political dissidents, and outlaws all religions but the approved, state religion, I’d wonder just where my own thought process had gone wrong.

Shouldn’t it be your first clue that you are on the wrong side of an issue when a foreign leader like Ayatollah Khamenei, known for torturing his people is on your side? Shouldn’t this be something that America’s Black Lives Matter movement might want to contemplate after Iran’s oppressive Ayatollah Khamenei jumped to Twitter to come to their support?

On December 27, Ayatollah Khamenei wrote, “The U.S. gov. commits oppression inside the U.S., too. U.S. police murder black women, men, & children for no justifiable reason, and the murderers are acquitted in U.S. courts. This is their judicial system! And they slam other countries’ and our country’s judicial system. #BLM.”

The U.S. gov. commits oppression inside the U.S., too. U.S. police murder black women, men, & children for no justifiable reason, and the murderers are acquitted in U.S. courts. This is their judicial system! And they slam other countries’ and our country’s judicial system. #BLM

This is quite a bit of propaganda coming from a regime that routinely pulls its own citizens off the streets to torture them in hidden prisons, oppresses women and treats them as a second-class citizen, and daily discriminates against any religion but its own state-approved brand of Islam — the latter of which even discriminates against other brands of Islam.

The Ayatollah’s tweet also comes only days before his own regime began shooting teenagers and young people in the streets for daring to protest for democratic reforms. By December 31, only three days after Khamenei scolded the U.S. for human rights abuses, his regime had gunned down at least 12 protesters. Days later it reached over 20… and those are just the ones we know about.

Apparently, you and this oppressive murderer share an ideology.

Shouldn’t that tell you how wrong you are, liberals?

I am not saying that liberals can’t criticize the U.S.A., of course. After all, conservatives criticize things that go on here, too.

The U.S. has troubles, to be sure. It has citizens who disagree with each other. It has a messy political process. Always has and always will. But that is because we have freedom. It is because, unlike Iran’s, our citizens have the right to speak their minds.

And if an oppressor – no a murderer – like Ayatollah Khamenei is on your side, you simply must not just wave that off as inconsequential. You should use his support of your rhetoric to reassess your own stance. You should see it as a lesson teaching you where you are wrong.