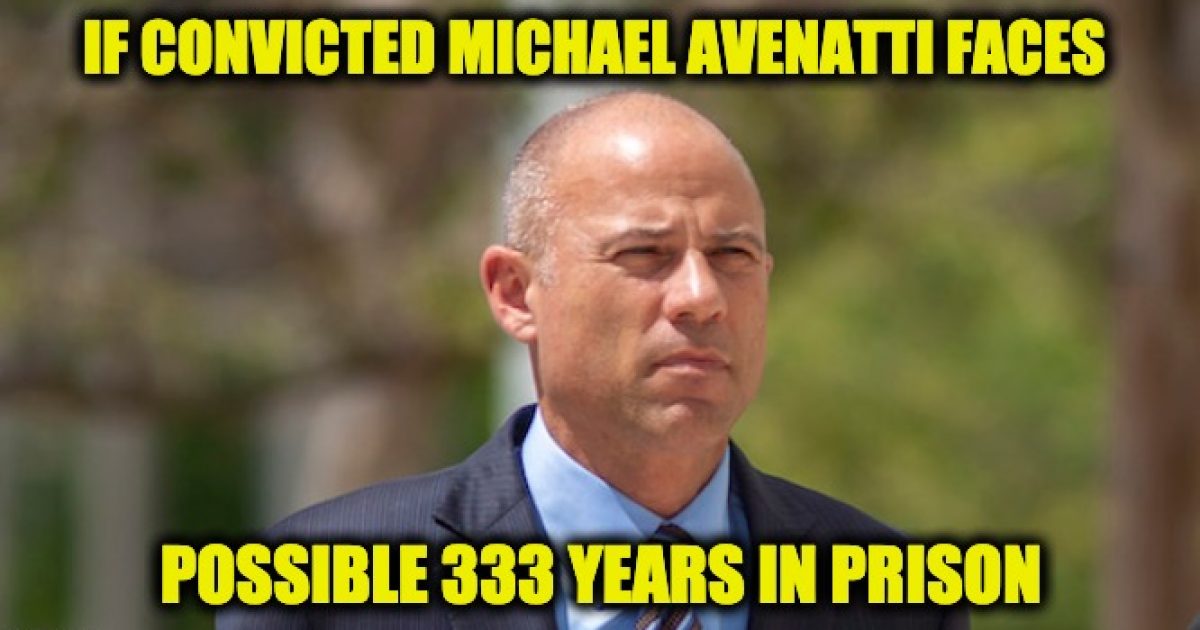 These charges are on top of last month’s charges of wire fraud and tax fraud by federal prosecutors in California (and trying to extort from Nike in NY).

Avenatti took millions of dollars from five clients and creating a web of fake companies and bank accounts to cover up his thefts. Per the LA Times:

The legal term for someone who steals from a mentally ill paraplegic should be a scumbag because if the charges are correct…that would be the perfect description for Avenatti.

In each of the four cases of embezzlement alleged in the indictment, Avenatti received money on behalf of clients into client trust accounts, misappropriated the money, and lied to the clients about collecting the money or, in one case, claimed that the money had already been sent to the client. The Central District of California, Federal Prosecutors office gave details about the indictment:

The indictment alleges that he lied to an IRS revenue officer, opened a new bank account to receive funds related to credit card transactions at Tully’s coffee shops which he owns, and directed Tully’s employees to deposit cash receipts into a bank account belonging to a car racing outfit that Avenatti also owned. Lying to the IRS? Doesn’t he know that the IRS is like The HULK—you won’t like them when they’re angry, Some of the money that should have been used to pay GBUS’ tax debt was transferred to bank accounts associated with Avenatti’s law firms, and some of that money was used to make lulling payments to Clients 1 and 2.

Avenatti faces two counts of bank fraud stemming from an alleged scheme in which he submitted bogus financial information to obtain three loans totaling $4.1 million from The People’s Bank, a federally insured financial institution in Mississippi

The Central District of California also reminds us, that an indictment contains allegations that a defendant has committed a crime. Every defendant is presumed to be innocent until and unless proven guilty in court

For 20 years, I have represented Davids vs. Goliaths and relied on due process and our system of justice. Along the way, I have made many powerful enemies. I am entitled to a FULL presumption of innocence and am confident that justice will be done once ALL of the facts are known.

As my friend Ed Morrissey points out at Hot Air:

David and Goliath? Maybe Robin Hood is a better historical analogy, only with a hefty transactional fee if the allegations are accurate. And once again, let us revel in the irony of Avenatti’s embrace of due process after his bizarre attempt to railroad Brett Kavanaugh during his confirmation process to the Supreme Court. Any appeals that reach that level should be fun fun fun.

I intend to fully fight all charges and plead NOT GUILTY. I look forward to the entire truth being known as opposed to a one-sided version meant to sideline me.

If he is convicted of all 36 counts, Avenatti could face 333 years in prison. Which means he probably won’t run for President for a while.