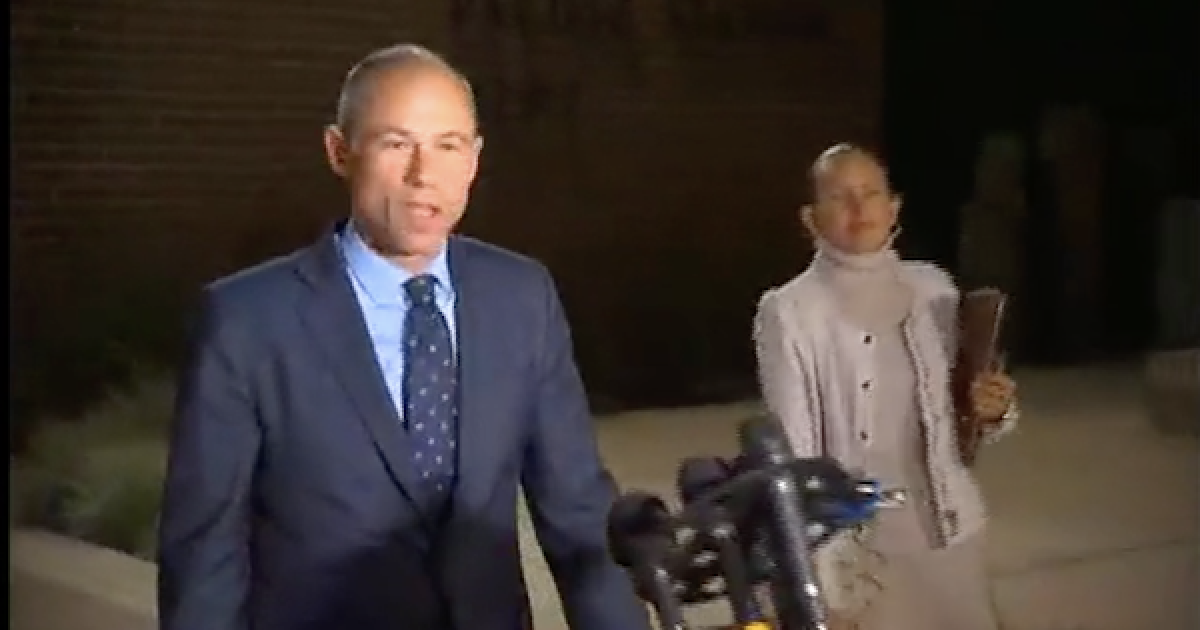 \Note: TMZ originally reported that the woman was Avenatti’s estranged wife, they now report that “it was not. The incident involved a different woman.

Michael Avenatti was arrested for felony domestic violence on Wednesday, The woman filed the police report on Tuesday. Multiple media reports say her face was swollen and bruised.

The alleged incident occurred Tuesday, but there was a confrontation Wednesday between the two at an exclusive apartment building in the Century City area of L.A.

We’re told during Wednesday’s confrontation the woman ran out of the apartment building and was on the sidewalk on her cellphone with sunglasses covering her eyes, screaming on the phone, “I can’t believe you did this to me.”

We’re told security brought her inside the building and Michael showed up 5 minutes later, ran into the building, chasing after her. He screamed repeatedly, “She hit me first.” We’re told he angrily added, “This is bulls***, this is f***ing bulls***.”

A law enforcement source says on Tuesday, Avenatti “kicked her out of the apartment” and that’s presumably when the alleged domestic violence occurred. We’re told she went back to the apartment on Wednesday to retrieve her belongings and called the police to stand by in case things got heated.

Law enforcement sources tell TMZ, the LAPD has already obtained an emergency protective order, prohibiting Avenatti from going near the alleged victim. We’re told they will serve him with the legal docs before he’s released from custody. We’re told he will be released on $50,000 bail.

Avenatti spoke to the press when he was released on bail.

Strange though, he considered Judge Kavanaugh guilty without an investigation…why should people wait in his case.

While the victim was not his ex, according to their divorce documents, Avenatti’s ex-wife Lisa Storie labeled him as  ’emotionally abusive,’ ‘hot-tempered’ and ‘angry and vindictive.’ Based on the latest incident it seems like an accurate description. 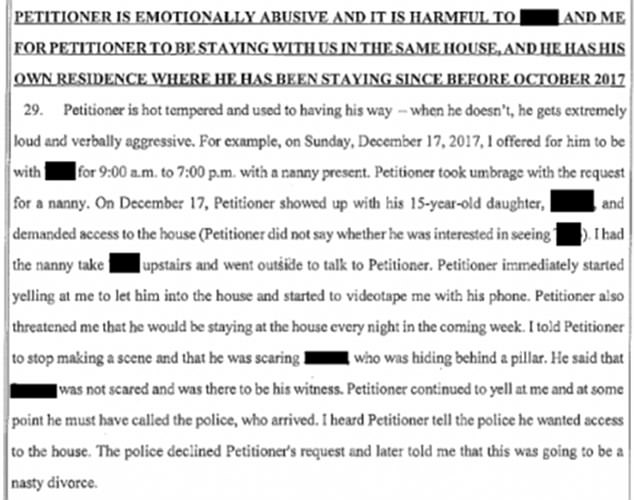 He also represented Julie Swetnick, who accused Justice Brett Kavanaugh of sexual misconduct. However, when her story fell apart, Avenatti was blamed by some Democrats for helping Kavanaugh to be confirmed.

“There’s only one way that these tweets and this behavior and this conduct and this misogyny is going to end, and it’s only going to end if you displace Donald Trump from the presidency of the United States,”

And Avenatti has other legal problems

A report by The Daily Beast said that former companies owned by the lawyer owed millions in unpaid taxes and judgments. He was also ordered in October to pay $4.85 million to an attorney at a former law firm as part of a lawsuit over back pay.

And for those of you who were planning on seeing Avenatti in Vermont this weekend--forget it!

Vermont Democrats, who planned to host two events with the lawyer Friday and Saturday, will refund ticketholders, said R. Christopher Di Mezzo, the party’s communications director, on Wednesday evening. Avenatti has said he would pursue the Democratic Party nomination for president in 2020.

“We have not heard from his people, but while there is some kind of arrest and investigation to ensue, we’re not going to step into that arena with him.” Di Mezzo said.

Avenatti is reportedly still in police custody as of 8:30 pm Eastern. This is a developing story that will be updated

or check out our full line of President Trump holiday gifts