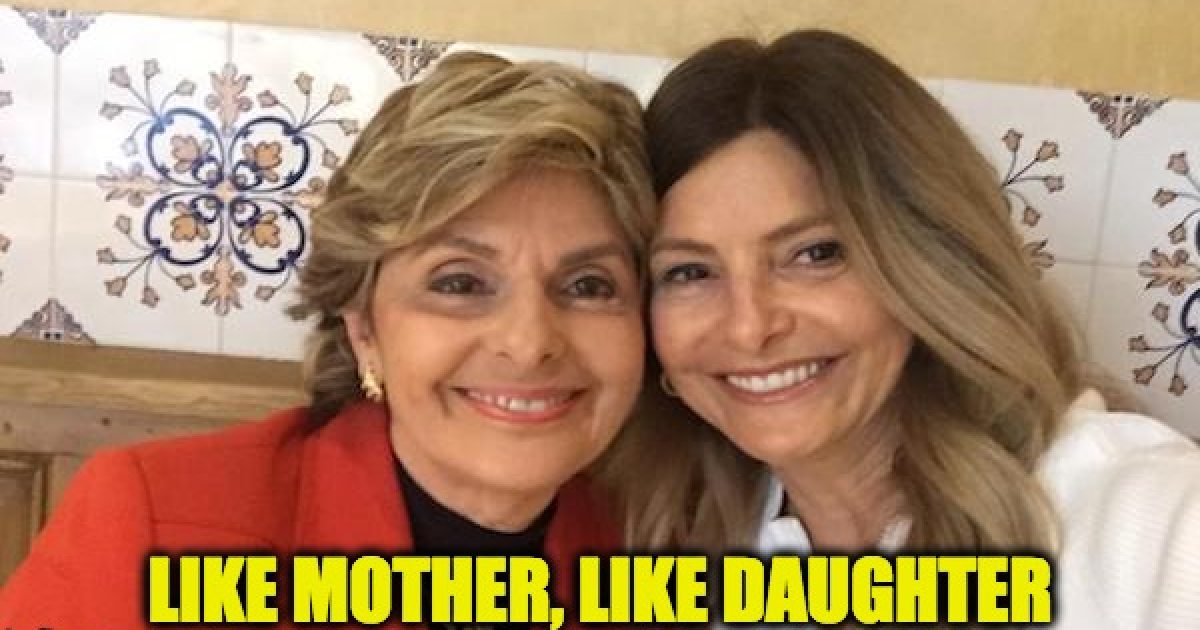 A legal powerhouse who operates like her mom Gloria Allred, Lisa Bloom lined up buckets of cash for the women who were willing to accuse President Trump of sexual misconduct towards the end of last year’s election season, according to an explosive report by The Hill.

Per The Hill, Ms. Bloom worked with campaign donors and tabloid-type media to arrange big paydays for the supposed victims and of course a hefty Attorney’s commission for herself

“And while she noted she represented sexual harassment victims for free or at reduced rates, she also acknowledged a standard part of her contracts required women to pay her commissions as high as 33 percent if she sold their stories to media outlets.”

In one example, the attorney arranged for a donor to pay off one Trump accuser’s mortgage and attempted to wrest a six-figure payment for another woman,

On the woman who spoke to The Hill and provided them with copies of documents on the condition that she was not named,  kept going back and forth with Bloom about making her allegations public learned Bloom’s true intentions:

“Give us a clear sense of what you need and we will see if it we can get it,” Bloom texted the woman a week before Election Day.

“I’m scared Lisa. I can’t relocate. I don’t like taking other people’s money,” the woman wrote to Bloom.

“Ok let’s not do this then,” Bloom responded. “We are just about out of time anyway.”

The woman then texted back demanding to know why there was a deadline. “What does time have to do with this? Time to bury Trump??? You want my story to bury trump for what? Personal gain? See that ‘s why I have trust issues!!”

The woman told The Hill, the attorney first approached her about a month before the election through a friend of hers Jill Harth who was accusing Trump of sexual harassment. She said the only reason she considered going public was to help her friend not because she had any problems with the future POTUS.  He did make advances she said, but he ended them as soon as she said stop.

In fact,  the woman was a Trump supporter who even had a pro-Trump post on her Facebook that Bloom asked her to take down (she refused saying she still preferred Trump to Clinton)

After the woman was released from the hospital, she agreed to meet Bloom at a hotel on Nov. 6, just two days before Trump unexpectedly defeated Clinton.

The woman told The Hill in an interview that at the hotel encounter, Bloom increased the offer of donations to $750,000 but still she declined to take the money.

The woman texted Bloom that day saying she didn’t mean to let her lawyer down.

“You didn’t let me down,” Bloom texted back. “You came and spoke to me and made the decision that’s right for you. That’s all I wanted.”

Bloom denies that the payments were not offered “to entice women to come forward against their will.” She also refused to name the “donors” who were offering the money.

This latest news does not negate any of the other charges against the president made by the women who have come forward, but it certainly does cast some doubt. In the case of the woman who didn’t want to be identified it was really a nothing burger. It was before Trump married Melania, he made a pass, she said no, he left her alone. But still, she was offered three-quarters of a million dollars by Attorney Bloom to come forward.

She said she supported Trump in 2016, and that he she held no resentment about the early 1990s advance because Trump stopped it as soon as she asked him.

She said she remains friends with many people associated with the president to this day, including one of his best personal friends and a lawyer who works for one of the firms representing Trump.

The woman said, however, no one associated with the Trump White House or the president forced her to come forward or made any offers to induce her to talk to The Hill. She said she agreed to do so only after she became disgusted to learn this past October that Bloom had agreed to work in defense of Weinstein [note she dropped Weinstein when it began to hurt business].

From the sound of it, the unidentified non-victim is a stand-up type of person, and Lisa Bloom is ….she’s…well she is an attorney who operates the same way as her mom.