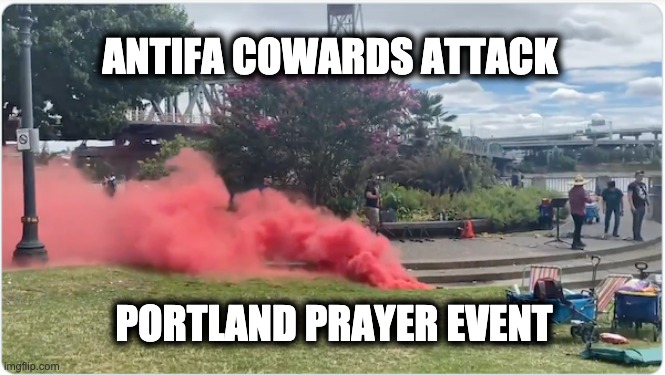 On Saturday, a group of Antifa domestic terrorists attacked a group of Evangelical Christians who gathered for a prayer and worship event at the waterfront in downtown Portland, Oregon, the Post-Millennial, and others reported.  Among those attending the event were children, who were also reportedly assaulted with pepper spray and projectiles.

According to the Post-Millennial:

The event was announced last month by a Christian ministry featuring firebrand Canadian preacher Artur Pawlowski. The Calgary pastor gained notoriety earlier this year for speaking out against lockdown measures that targeted places of worship. In response to the announcement of the worship event, Portland Antifa groups and activists on Twitter organized a direct action.

Shocking video recorded at the violent event shows dozens of armed Antifa members in black bloc and riot gear moving in to physically confront attendees of the event. One of the Antifa members sprayed a congregant with an unidentified, gas-like substance that is suspected to be pepper spray. The congregation took several steps back to avoid injury.

“Where is your god now?” one terrorist taunted. 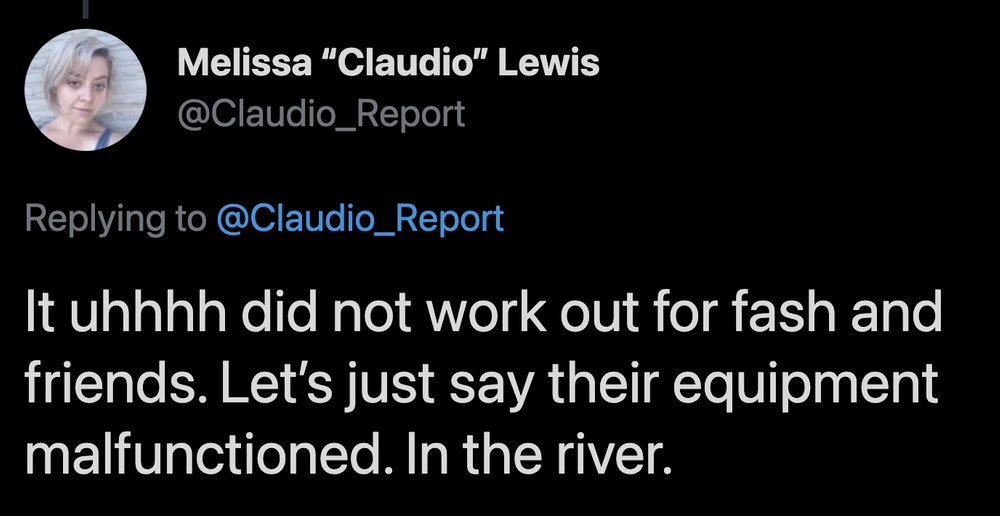 “They threw a flash bomb into a group of kids,” one female attendee said.

According to Andy Ngo, “On Saturday in Portland, Antifa gathered to violently shut down a Christian group that gathered to pray. Antifa can be seen pulling apart the speaker equipment. An attendee told me children & families were attacked. Police were called but didn’t respond.”

IMHO if cops didn’t respond they were following the orders of “higher-ups.”

On Saturday in Portland, antifa gathered to violently shut down a Christian group that gathered to pray. Antifa can be seen pulling apart the speaker equipment. An attendee told me children & families were attacked. Police were called but didn’t respond. pic.twitter.com/QvSCmu06B0

A woman attendee of the family Christian prayer event at the waterfront in downtown Portland describes what happened when antifa attacked them. pic.twitter.com/OtbHVftDor

The Post-Millennial said this assault “follows a string of attacks on Christian houses of worship in Portland by Antifa.”

Portland Police confirmed they made no arrests and “had no interaction with either group.”

Democrats like Jerrold Nadler like to claim that Antifa is either a “myth” or “imaginary.”  But the Christians who were assaulted on Saturday can no doubt attest they were attacked by real people, not “myths.”