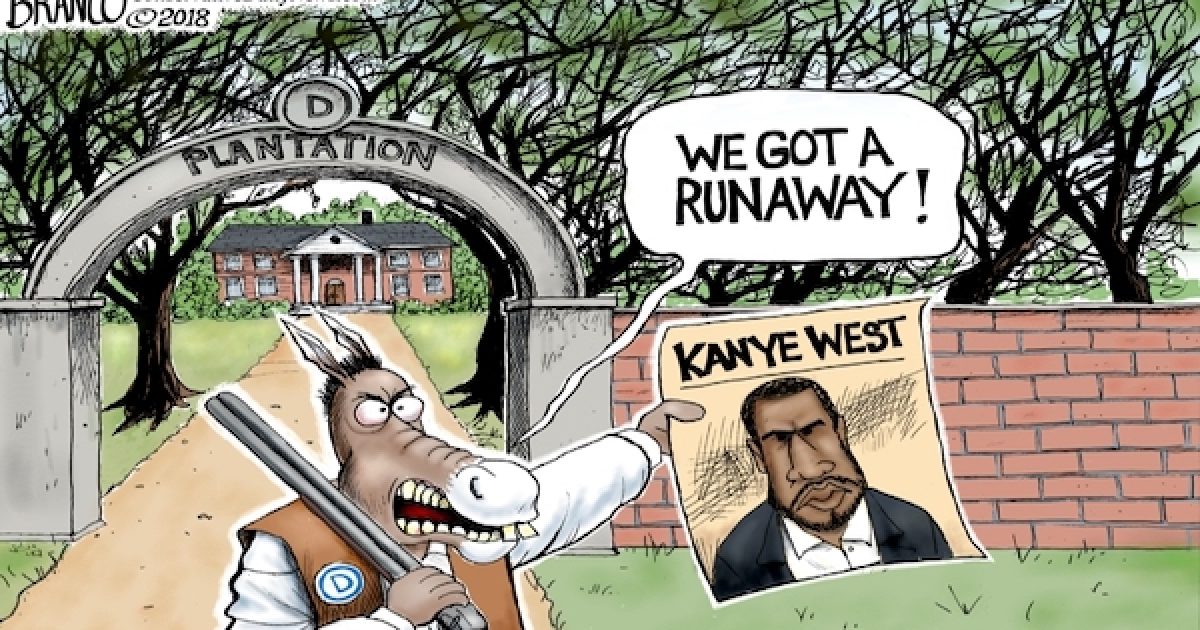 This is an example of the opinions one hears on the racist news network, “Kanye West is what happens when Negroes don’t read.”

When one disagrees with their politics, a liberal will say anything, even use racist buzzwords. Commentators for the racist network also known as CNN are not happy with Kanye West over his support for President Trump, and they attacked him with abandon.   Joking that his embrace of President Donald Trump has caused Kanye to be tokenized. Several referred to him using the term “negro.”

Contributor Tara Setmeyer opined, “He’s an attention whore, like the president. He’s all of a sudden now the model spokesperson. He’s the token negro of the Trump administration, This is ridiculous and no one should be taking Kanye West seriously. He clearly has issues. He’s already been hospitalized,” she continued.  “Not to trivialize mental health issues, obviously Kanye has taken a turn in a very strange way.”

Former Congressman Bakari Sellers, piled on, “Kanye West is what happens when negroes don’t read. And we have this now and now Donald Trump is going to use it and pervert and he’s going to have someone who can stand with him and take pictures.”

Host Don Lemon laughed and joked along while another panelist, CNN contributor Scott Jennings, the white guy on the panel looked like he really wanted to be elsewhere.

According to the folks over at CNN, Kanye West is the “Token Negro” pic.twitter.com/6It30bLix4

.@Bakari_Sellers: “My issue with Kanye West is quite simple — is that anti-intellectualism simply isn’t cool.” https://t.co/FVeCRODqXl pic.twitter.com/rhH5nWSubZ

Last night on @CNN, Kanye West was called a “token negro” and a “dumb negro”.

I want you guys to imagine if those words were EVER uttered on @FoxNews.

I think it’s time @RealCandaceO for viewers to #WalkAway from @CNN & @MSNBC. Those networks are doing nothing more than keeping minorities chained and oppressed to Liberalism. https://t.co/mU3FVqkCP4

This is one of the most disgusting displays ever seen on TV. This is beyond the pale even by @CNN’s non-existent standards. @donlemon laughs while his regular guests call @kanyewest a “Negro who doesn’t read” and a “Token Negro”.

This is CNN. Sickening. pic.twitter.com/sH1RLcGyxq

The real token negros are the ones on this panel doing the bidding of their white leftist overlords. #KanyeWestIsOverParty <– no he isn’t. The party has just begun. #Kanye #KanyeWest

Why didn’t you use the part where dude said “Kanye West is what happens when negros don’t read.”, and then all the black correspondents laughed while the white guy looked shocked, as your headline?