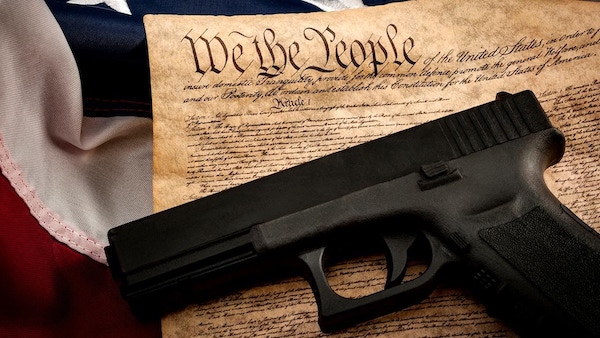 The Washington Examiner is reporting that “A handful of Arizona Republicans are behind a push to make their state the fifth to keep state resources from assisting in any federal activity they consider contrary to the Second Amendment.”  The notion of making the Grand Canyon State a Second Amendment “sanctuary” seems to be gathering a bit of momentum, especially now that Joe Biden has been sworn into office.

According to the Examiner article, the man behind the movement is State Rep. Leo Biasiucci, a Lake Havasu Republican. He filed the Second Amendment Firearms Freedom Act back on Jan. 14.

The Center Square reported that Arizona would be the fifth such state to take on the sanctuary role. The others are Alaska, Idaho, Kansas, and Wyoming.

While the Second Amendment Sanctuary declaration might be largely symbolic, Arizona’s measure does appear to have some teeth. Published reports say Arizona’s law if passed, “would ban the use of local resources from enforcing any federal law or executive rule that could be seen as running afoul the constitutional right to bear arms.”

As noted by The Center Square, the bill includes this language: “This state and all political subdivisions of this state are prohibited from using any personnel or financial resourced to enforce, administer, or cooperate with any act, law, treaty, order, rule or regulation of the United States government that violates Amendment II of the Constitution of the United States.”

Second Amendment stalwarts are concerned Biden will initiate all kinds of gun control proposals swiftly, perhaps on the theory that in 2022 Congress will flip back to the Republicans because, by that time, people will be so fed up with far-left Democrat programs they will revolt. Gun control is high on Biden’s list of priorities, but he may not accomplish what he wants if states resist.

The Second Amendment Sanctuary idea started about ten years ago, during the Barack Obama administration. Loosely patterned after the “sanctuary” movement for illegal aliens, the Second Amendment community normally gets behind such efforts, even if only for the symbolism.