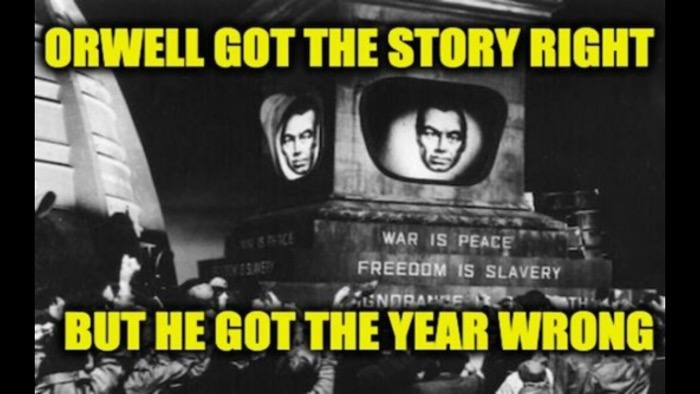 “Apple has also threatened to withhold Twitter from its App Store, but won’t tell us why.”

That was Twitter CEO Elon Musk on Nov. 28 in a tweet, warning Twitter’s more than 250 million daily active users that their favorite app may be removed from Apple’s App Store, available exclusively on iPhones after Musk purchased Twitter for $44 billion.

And yet Musk’s purchase of Twitter — which works perfectly fine, by the way, as I use it every day —appears to be the only conceivable reason to remove it from the App Store.

By offering free speech as a product in Twitter and taking the company private, Musk has revealed and confirmed an anticompetitive corporate censorship regime that took down Parler in 2021 and compelled former President Donald Trump to launch Truth Social after his own Twitter and Facebook accounts were suspended after the Jan. 6, 2021 riot at the U.S. Capitol the day Congress was to certify President Joe Biden’s election.

In fact, Twitter is used by more than 110 million businesses large and small worldwide to communicate with customers, clients and even employees every single day. If it were suddenly removed from Apple devices, the amount of commerce and services that would be disrupted could be incalculable.

Because that commerce includes both interstate commerce and international commerce, it has long fallen squarely on Congress’ lap to protect it with wise laws — such as communications laws, antitrust laws, securities laws, etc. — to ensure that said commerce is not disrupted to such a degree it.

Indeed, companies like Apple are not immune from commercial regulations, and by declaring itself the lord of the U.S. economy by cancelling one of the most important apps used in the global economy, it would surely invite even more oversight, rules and perhaps even taxes.

For example, landline phones have long been bound by regulation from the Federal Communications Commission after it was created by Congress in 1934 to regulate public utilities. Cell phones are further regulated under the 1996 Telecommunications Act. The conditions of those laws could easily be changed by Congress, or existing FCC (or FTC, or SEC) regulations could be modified, suspended or defunded by Congress in any future budget, omnibus spending bill or continuing resolution.

Especially if Apple’s potential rationale for cancelling Twitter was political.

Or perhaps was driven by political or even governmental agencies using the pressure of regulation to achieve the censorship under the guise of private corporate terms of service. Those might include the Cybersecurity Infrastructure and Security Administration or the FBI, or even the NSA. Those are all regulable by Congress as well. They better not be involved. But some of them likely are.

The fact it was even threatened similarly invites the regulation of massive platform companies like Apple, Google, Amazon, Facebook and others, but also payment processors like Visa and Mastercard, because it means that alternative voices like Musk’s are actually not allowed.

And this is Elon Musk, one of the world’s richest men. So, if the internet’s not safe for him to do business, sell electric vehicles, get humanity to Mars and post Dogecoin memes, then it’s not safe for any of us. How can anyone make money in an environment where whether commerce is allowed or not is not by the top regulator, Congress, but by a few megalithic corporations that answer to no one.

These companies forget themselves. They are subject to regulation, taxation and even prohibition. The Constitution limits the exercise of the commerce power, but federal courts have long allowed for additional regulation, especially when it has to do with smaller businesses being threatened by larger businesses.

The American people will tolerate many things. Obscene profits. Golden parachutes. And so forth.

But they will not long tolerate censorship, especially if its purpose is foster establishmentarian one-party rule in a country founded and framed to prevent it.

Apple has a $2 trillion market cap. Twitter comparatively was worth just $44 billion in the end. That fact alone should not be enough to allow Apple to destroy that many years of investment and development, and to disrupt and restrict commerce among hundreds of millions of users. Americans prefer more democratic and market-driven systems that allow for fair trade practices and competition, which allows the cream to rise to top.

But with Apple and Google’s iron grip on smart phones—needed for many commercial transactions—competition is clearly being restricted. Musk on Nov. 28 hosted a poll proposing to Twitter users that “Apple should publish all censorship actions it has taken that affect its customers.” 84.7 percent said yes with 2.2 million voting. They know what’s going on. They’re not stupid.

Musk also issued an ominous warning about what it would mean for humanity if Twitter were cancelled, tweeting on Nov. 28: “This is a battle for the future of civilization. If free speech is lost even in America, tyranny is all that lies ahead.” He’s right.

Removing Twitter from Apple iPhones because Elon Musk bought Twitter and Apple doesn’t like his politics or views on free speech is tyrannical. It likely violates federal antitrust laws. It is censorship. And it must be stopped by Congress — before it is too late.