A Usual Liberal Strategy Is Dumbed-Down 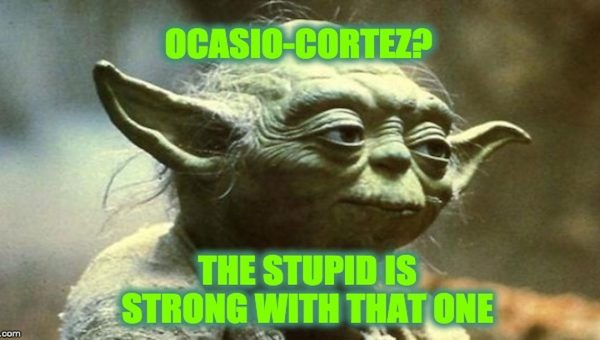 Remember when the liberals claimed global warming? But when it was proven that the globe wasn’t warming, they switched its name to climate change? It no longer surprises the nation at large when the liberal left begins to redefine reality or alter our agreed-upon language. Still, the latest proclamation by precocious progressive Alexandria Ocasio-Cortez feels more like a schoolyard insult than anything else. AOC tries to redefine woke

AOC, who has long been the poster child for the “woke” faction of the Democratic Party, is now simply attempting to change the definition of the colloquial adjective to make her political opponents appear racist.

In a series of tweets, the congresswoman said that Democrats believing in a “woke problem” will hurt their chances for reelection because they “rely on the racial justice issue of voting rights.”

Then came the illogical assault on the GOP.

According to AOC, the term “woke” has been appropriated by Republicans as a “derogatory euphemism for civil rights & justice,” charging that Fox News not only serves to indoctrinate right-wingers but also to trick Democrats into believing that racial justice is “controversial.”

If this sounds familiar, it may be due to our exposure to the argument that “I’m rubber, you’re glue,” that most adults have stopped employing on account of, well, growing up.

If desperation had a preferred tactic, it would be rewriting the language used by those who disagree with you to somehow take ownership of the complaints you’ve been saddled with, and this latest move by AOC reeks of it.