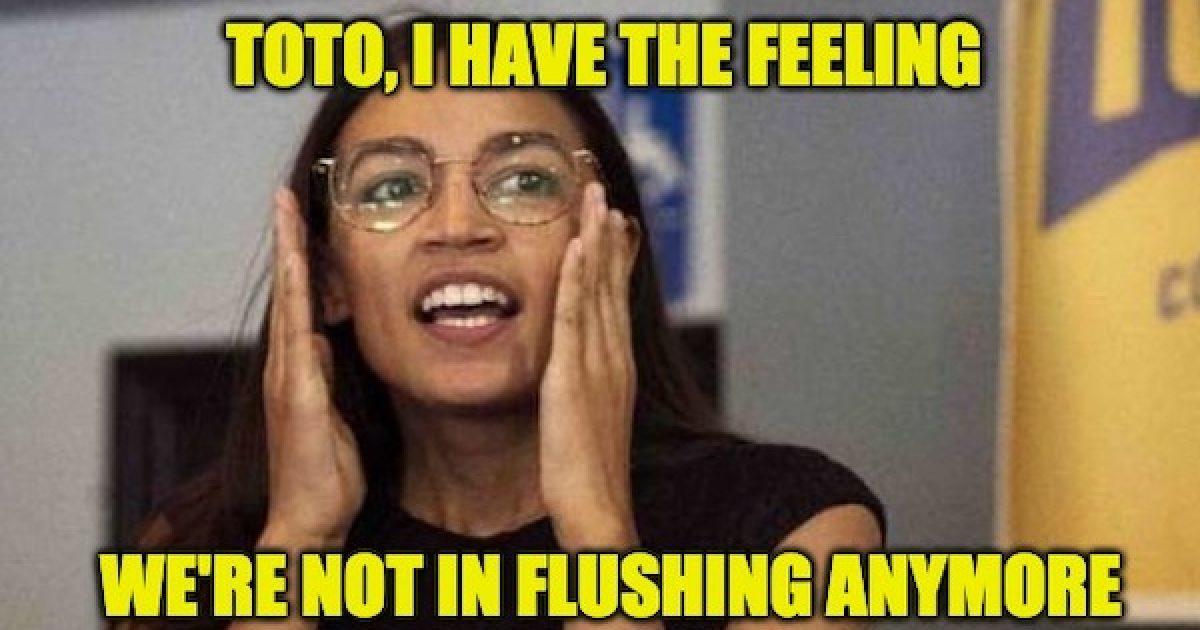 Sometimes I feel bad for Rep Alexandria Ocasio-Cortez, but this is not one of those times.  Once again she Tweeted about a subject she knows little about and got eviscerated by an expert on the subject. In her latest descent into absolute stupidity, the Freshman member of Congress got crazed over a tornado warning in Washington DC and linked it to climate change. Her nonsensical link to climate change motivated one meteorologist to call her out for not knowing her arse from her elbow (make that weather from climate, but in her case both are true).

It started with an AOC Instagram video about a tornado warning in our nation’s capital:

The Green New Deal advocate then shared a story published by PBS in March questioning if climate change makes tornadoes worse and put emphasis on a quote from the piece that read, “Rather than lie squarely in the Great Plains, America’s tornadoes appear to be sliding into the Midwest and Southeast.”

“Tornadoes are challenging to link to climate change links due to their nature (geographically, limited, acute patterns, how they form, etc.),” Ocasio-Cortez told her followers as she reviewed the article. “But we DO know that tornadoes HAVE been changing. They are no longer being limited to the Great Plains, and are shifting to other regions of the country.”

Personally, I think the possible Tornado in DC was caused by the members of the deep state such as James Comey, John Brennan, and James Clapper running around DC, creating a significant gust of wind as they searched for a hiding space in anticipation of the President’s announcement about declassifying the Russia documents.

“Tornadoes are challenging to link to climate change links due to their nature (geographically, limited, acute patterns, how they form, etc.),” Ocasio-Cortez told her followers as she reviewed the article. “But we DO know that tornadoes HAVE been changing. They are no longer being limited to the Great Plains, and are shifting to other regions of the country.”

“The climate crisis is real y’all … guess we’re at casual tornadoes in growing regions of the country,”

One tornado warning does not make a change in the climate. But you don’t have to believe me—believe meteorologist Dr. Ryan Maue:

I thought this was fake but it's from @AOC Instagram story.

No idea what she means with "casual tornadoes" and how this line of severe thunderstorms is proof of any "climate crisis".

It's just the weather in D.C. 🤷‍♂️ pic.twitter.com/r015cScVZg

The Congresswoman @AOC does not know the difference between weather and climate.

Weather is what outfit you wear heading out the door.

Climate is your closet wardrobe. pic.twitter.com/mmdLr6F2mD

But Dr. Maue what do you call the helmet Rep Alexandria Ocasio-Cortez is supposed to wear when heading out the door?

Dr. Maue works for the conservative Cato Institute and has poked major holes in the climate fear-mongering that climate change has led to more extreme weather. And AOC is a freshman/socialist member of Congress who constantly demonstrates that she cannot differentiate her arse from her elbow.