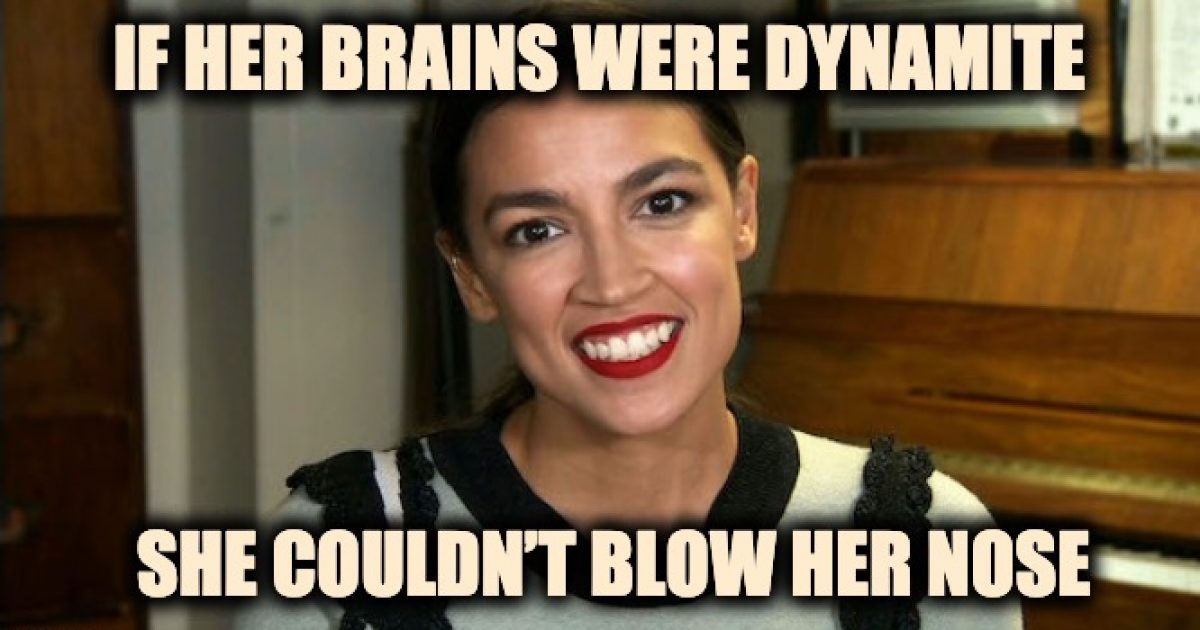 Alexandria Ocasio-Cortez makes herself look dumber every single time she opens her mouth, and she’s done it again with a failed attempt to claim that an expensive airport croissant is a proof that we need a higher minimum wage.

The recently elected New York Congresswoman jumped to her overheated Twitter account to lament the lack of the $15 Minimum Wage, and she thought that an expensive croissant was proof of her point.

“Yet some people think getting a whole hour of personal, dedicated human labor for $15 is too expensive??”

Croissants at LaGuardia are going for SEVEN DOLLARS A PIECE ????

Yet some people think getting a whole hour of personal, dedicated human labor for $15 is too expensive??

Unfortunately for AOC, almost every single point, indeed, every single word she tweeted is wrong. Proving once again that AOC is as confused as a cow fart in a fan factory

Firstly, the airport she was talking about already pays near the $15 Minimum Wage with a $13.60/hour wage!

But, while she laments the high costs of food at the airport, the fact is the prices there are not governed by the free market because the airport is a government monopoly and no market forces are involved!

With that, one has to point out, if AOC thinks the croissants are too expensive, it isn’t some mean old capitalist’s fault. It is the fault of her socialist government autocrats who set such obscene prices.

But it got worse.

Then, someone realized that croissants at the airport are not $7. Instead, they are $3.29 apiece.

NEW: Croissants are available in LaGuardia for $3.29, half of @AOC's reported $7. They're also already paying the $15-19 minimum wage. You're welcome, internet. via @FreeBeacon https://t.co/VoSXPmyBLb

Did AOC get duped into paying more than 2x the cost?

Ocasio-Cortez attempted to explain her way out of the hole she dug for herself by waving off those darned ole’ Republicans who “take every tweet so earnestly.”

That drug is given out at colleges and universities nowadays. It blocks brain cells from accepting facts and reality, it only absorbs propaganda from delusional professors.

“GOP taking every tweet so earnestly, making my point for me. It’s not an argument against the price of a croissant – it’s about the value of human worth,” she tweeted. “But I guess that idea is foreign to them since their policies treat people as disposable anyway,”

Let’s face it, Alexandria Ocasio-Cortez is so dumb if she threw herself on the floor, she’d miss (and get lost).