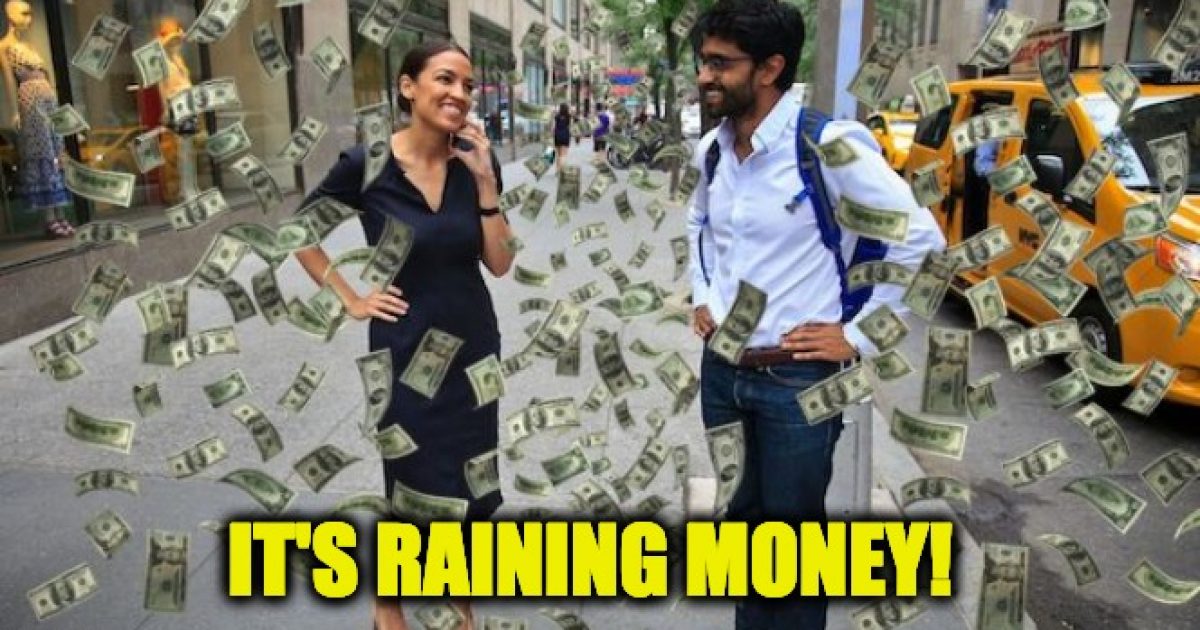 Rep. Alexandria Ocasio-Cortez’s chief of staff who supports an Indian who fought alongside Hitler ran $1M slush fund by diverting campaign cash to his own companies.

Saikat Chakrabarti, the chief of staff to Democratic Socialist darling Rep. Alexandria Ocasio-Cortez reportedly funneled more than $1 million in political donations from two political action committees he founded into two of his own private companies in a scheme to divert campaign money so it won’t have to be reported. According to the Washington Examiner, citing a Monday complaint filed with the FEC.

The complaint, filed Monday by the National Legal and Policy Center, said the transfers violated the law because PACs must disclose what those funds were used for – such as advertisements, payments to vendors and donations to candidates. The private companies Chakrabarti moved the money to are not subject to those requirements.

“One is the scam PAC possibility — they’re really just paying themselves and they’re concealing it by using the LLC. The other is that there’s actually another recipient, that the money is going to the LLC and then being disbursed in some other way that they want to conceal.”

As reported by the Washington Examiner:

Two political action committees founded by Rep. Alexandria Ocasio-Cortez’s top aide funneled over $1 million in political donations into two of his own private companies, according to a complaint filed with the Federal Election Commission on Monday.

The cash transfers from the PACs — overseen by Saikat Chakrabarti, the freshman socialist Democrat’s chief of staff — run counter to her pledges to increase transparency and reduce the influence of “dark money” in politics.

Chakrabarti’s companies appear to have been set up for the sole purpose of obscuring how the political donations were used.

The arrangement skirted reporting requirements and may have violated the $5,000 limit on contributions from federal PACs to candidates, according to the complaint filed by the National Legal and Policy Center, a government watchdog group.

Campaign finance attorneys described the arrangement as “really weird” and an indication “there’s something amiss.” They said there was no way of telling where the political donations went — meaning they could have been pocketed or used by the company to pay for off-the-books campaign operations.

I suspect Nancy Pelosi must be behind this leak in some way. She had to figure out a way to get AOC  in check. She is still trying to figure out how to get them under her control.

According to Tom Anderson, director of NLPC’s Government Integrity Project, “These are not minor or technical violations. We are talking about real money here. In all my years of studying FEC reports, I’ve never seen a more ambitious operation to circumvent reporting requirements. Representative Ocasio-Cortez has been quite vocal in condemning so-called dark money, but her own campaign went to great lengths to avoid the sunlight of disclosure.”

Democratic Socialist Rep. Alexandria Ocasio-Cortez was elected to the House of Representatives. Annual salary is $174,000. Rent and expenses are expected to be $80,000 per year. Her term is two years. How long will it take for her to accumulate $10 million in personal assets so she can pay her own incremental tax?

As for her Chief of Staff whose illegal operation has been outed by the Examiner, AOC isn’t the only person Saikat Chakrabarti supports:

I’m sure Saikat Chakrabarti knows all about the man who is on his t-shirt.

If you believe Alexandria Ocasio-Cortez and her team ran for Congress to help the people of New York, Fuhgettaboutit! It is becoming more clear she ran because it is a quick ticket to wealth for her,  and anyone connected to her.