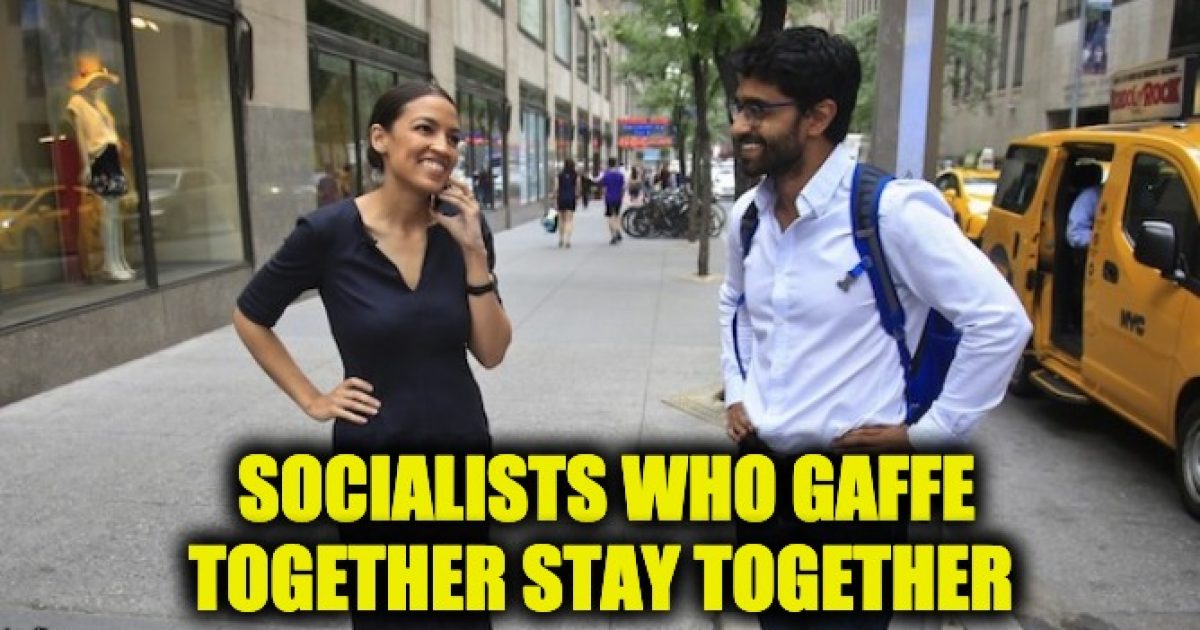 Socialist Sen. Bernie Sanders has received criticism for his stance that incarcerated felons should vote while in prison. Sanders insists that even those who have been convicted of terrorism like the Boston Marathon bomber should be able to vote.  Saikat Chakrabarti, chief of staff to fellow socialist, Rep. Alexandria Ocasio-Cortez, supported Bernie and took it further downhill. He asked why voting rights are stripped of felons while in prison and claimed that those “most affected by unjust laws” should have the right to vote.

UNJUST LAWS?? Boston Bomber Dzhokhar Tsarnaev planted bombs that killed three people (including an 8-year-old child) and injured 264 other (16 of whom lost a limb).  He presently sits on death row at a maximum security prison in Colorado. The only thing unjust about that is once all of his appeals have expired he will be given a painless lethal injection.

Chakrabarti who has been seen wearing a t-shirt depicting someone who fought alongside the Nazis was met with anger and mocking on Twitter.

What’s the reason NOT to let incarcerated people vote? Shouldn’t the people most affected by unjust laws have some say in electing people to change them?

Most people wouldn’t be brave enough to say the Boston Marathon bomber is unjustly imprisoned.

Restore Dylan Roof’s voting rights immediately. It must be done.

Who knew the law against putting a bomb by an 8 year-old and blowing people up was unjust? https://t.co/NiRHJqKA69

Yes, because the ONLY people in prison on felony sentences are the victims of unjust laws.

You know, like the ones against rape, murder, kidnapping and terrorism. https://t.co/lzNtV5zevM

Well, I would make the case that when you so severely violate the rules of civilized society and consequently get a prison sentence you then forfeit the benefits of being in that civilized society.

That one works for me.

Hit by all the negative comments Chakrabarti tried to clean up the mess he started.

It’s not. The assumption is that there are people affected by unjust laws in prison.

Obviously, he never watched The Odd Couple sitcom–“Oscar when you assume you make an Ass of U and Me” This guy agrees.

That’s your assumption. Assumptions aren’t facts till they’re actually proven and certainly assumptions are no basis for restoring rights to people that have been tried and convicted.

Still trying to take his foot out of the mouth of his twitter feed, Saikat Chakrabarti added:

Does anyone get thrown in jail for smoking pot anymore? That opens up another question, should people vote stoned? Isn’t that how AOC got elected in the first place? Those voters had to be stoned.

The term “unjust law” is a fallacy.
Just like, “Common Sense Gun Laws,” “Right to survive” in Colorado, and “Womens Rights” (mainly to justify abortion).
They are non-specific terms that fool idiots who dont pay attention to what the issue actually is and proper ways to solve it

Perhaps Saikat Chakrabarti took his position because he merely likes murderers. He’s shown that support before.

Is anyone really surprised by Saikat Chakrabarti’s claim of unjust imprisonment or even his support of the Hitler follower? He’s a socialist for Pete’s sake. Additionally, he works for Alexandria Ocasio-Cortez who is not someone known for making the smartest statements either.