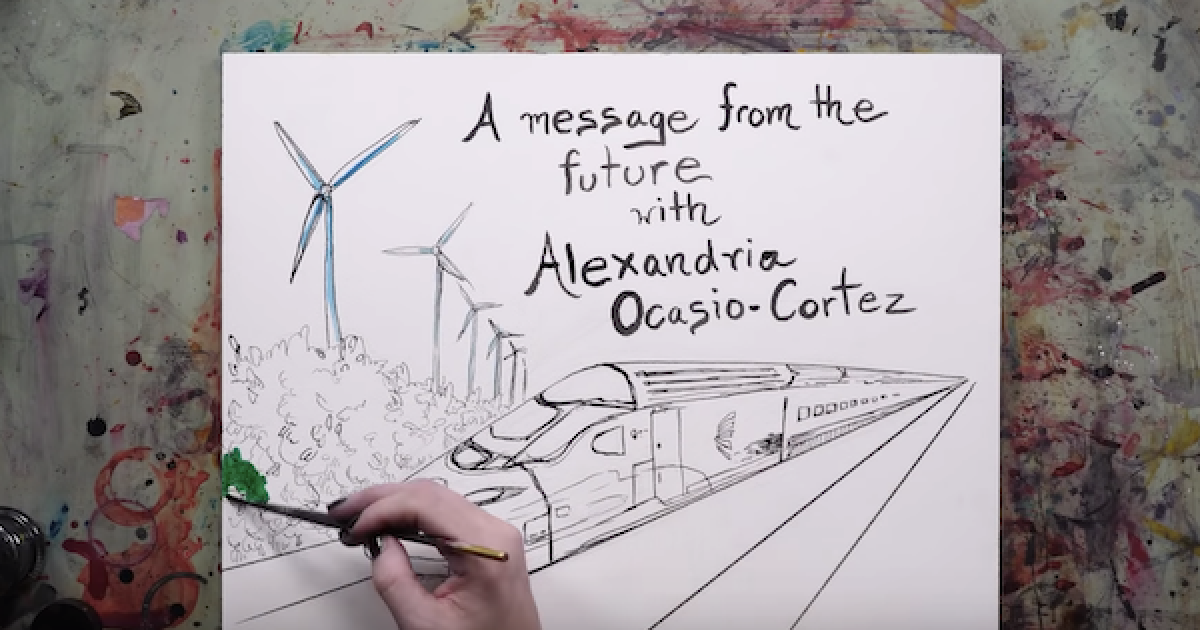 The eagerly anticipated Avengers Endgame will hit the movie theaters on April 26th. Perhaps to feed America’s superhero envy, or more probably to feed her own ego, freshman member of Congress, Alexandria Ocasio-Cortez, has starred in a video of herself decades in the future explaining how her Green New Deal saved the world and made Amerca a better place.

The video’s script was written by Socialist/America hater Naiomi Klein, produced by the environment organization Sunrise Movement, and published by Glenn Greenwald’s site, The Intercept.

Klein wrote an introduction to the propaganda video that said in part:

What if we actually pulled off a Green New Deal? What would the future look like? The Intercept presents a film narrated by Alexandria Ocasio-Cortez and illustrated by Molly Crabapple. Set a couple of decades from now, the film is a flat-out rejection of the idea that a dystopian future is a foregone conclusion. Instead, it offers a thought experiment: What if we decided not to drive off the climate cliff? What if we chose to radically change course and save both our habitat and ourselves? We realized that the biggest obstacle to the kind of transformative change the Green New Deal envisions is overcoming the skepticism that humanity could ever pull off something at this scale and speed.

The skepticism isn’t that humanity can’t pull it off, but when it is necessary to pull off and destroy the economy especially when one takes a look at the satellite data which shows that the last time the earth warmed, Bubba Clinton was the president.

The sad part of the video is near the end when AOC reveals that even in her fantasy world “when hurricane Sheldon hit southern Florida parts of Miami went underwater for the last time”  Miami? God’s waiting room? I wonder if she picked Miami because of her Antisemitic friends, Reps Omar and Tlaib? After all, Miami has a lot of Jews.

AOC’s video is below