AOC Gets Caught Lying About Trump And Food Stamps 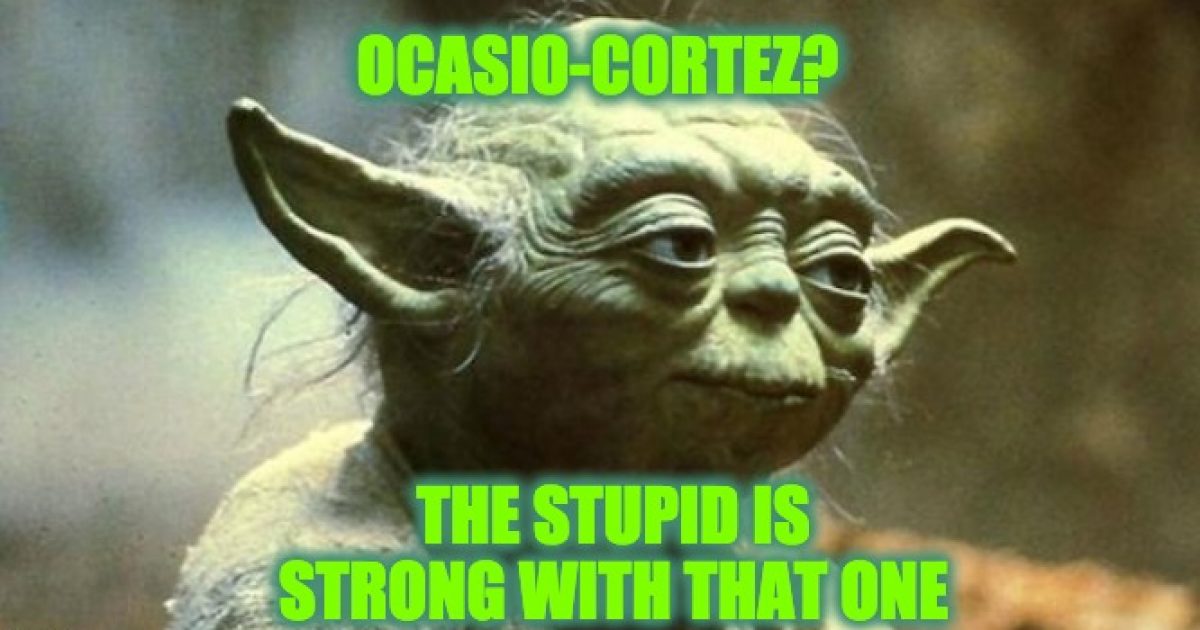 Rep. Alexandria Ocasio-Cortez received criticism for claiming her family just might have “starved” if they had to endure new revisions to the food stamp program under the Trump administration. AOC caught lying

Yea, we don’t get it either. It’s so unlike AOC to completely fabricate stories to make an absurd political point.

The USDA on Wednesday finalized the first of a series of tighter restrictions on the Supplemental Nutrition Program (SNAP), limiting states from relaxing steady employment standards for able-bodied adults.

“My family relied on food stamps (EBT) when my dad died at 48. I was a student,” the New York socialist claimed. “If this happened then, we might’ve just starved. Now, many people will.”

“It’s shameful how the GOP works overtime to create freebies for the rich while dissolving lifelines of those who need it most.”

My family relied on food stamps (EBT) when my dad died at 48.

I was a student. If this happened then, we might’ve just starved.

Now, many people will.

It’s shameful how the GOP works overtime to create freebies for the rich while dissolving lifelines of those who need it most. https://t.co/WOrYvhfPj4

Nay, it’s shameful that A) AOC thinks her constituents would rather milk the system than obtain employment when they’re capable and B) AOC would link her family story to something that wouldn’t even apply in this case.

You see, the new rule applies only to childless, able-bodied individuals under the age of 50.

The Heritage Foundation quickly called Ocasio-Cortez out for her, um … embellishment.

“The rule applies to able-bodied adults between the ages of 18 and 49 who do not have dependents,” they wrote. “The rule wouldn’t apply to parents with minor children, the elderly, or disabled people.”

Create “freebies” for the rich @AOC? You and your radical, socialist crew believe the Forgotten men and women, every day middle-class Americans are the “rich”. Tax relief for hard working Americans is hardly a “freebie” ?

Of course, if Ocasio-Cortez and the rest of her merry band of socialists had their way, everybody would be more dependent on the government to provide rather than their own hard work.

Including people that aren’t even Americans.

This past October, AOC  introduced a set of legislation – six bills in total known as “A Just Society” – which has been described as a “socialist nightmare” by some.

In it, she seeks to take taxpayer money and give it in the form of government benefits to illegal aliens.

“Notwithstanding any other provision of law,” her bill reads, “an individual who is an alien (without regard to the immigration status of that alien) may not be denied any Federal public benefit solely on the basis of the individual’s immigration status.”

Luckily, I’ve introduced a bill that does just that ☺️: https://t.co/ArHeSSv7MY

Beyond that, she doesn’t just want everybody dependent on the government – she wants to create lies and propaganda to convince them that they need to be dependent on government.

Perhaps that’s why even staunch Obama allies have accused her of “making stuff up.”

[Editor’s Note: One question remains, Did AOC’s dad know how his daughter would turn out and died because he wanted to? Just asking.]