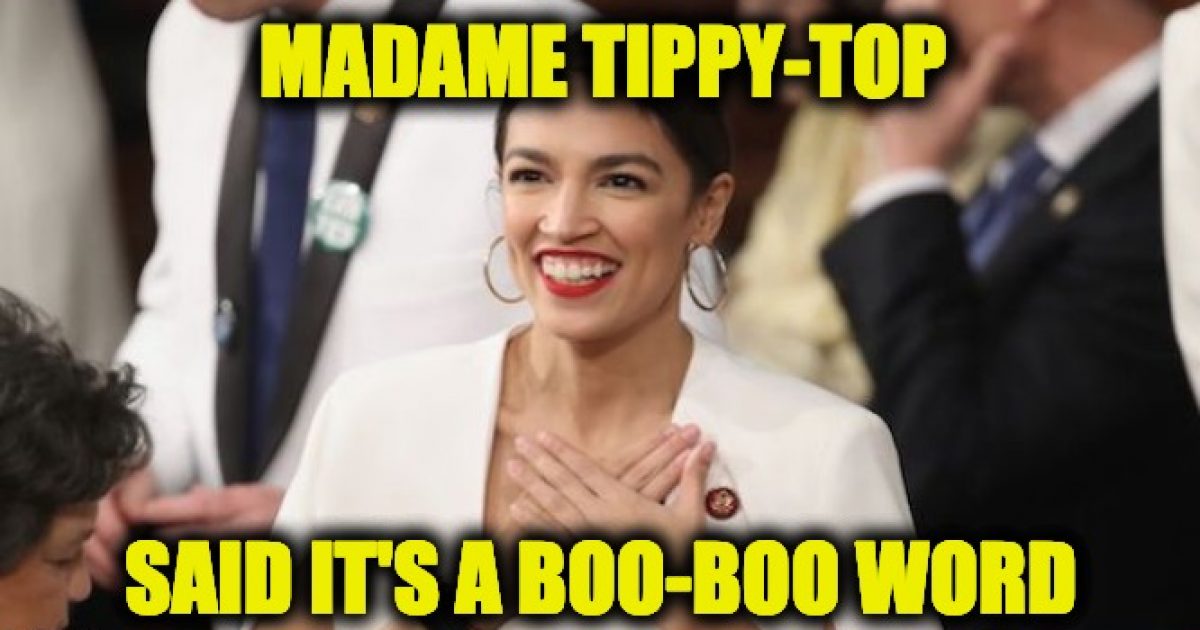 Tlaib, the freshman Democrat from Michigan, told a group of left-wing supporters she would help Democrats impeach President Trump, but opted for slightly more colorful language.

“When your son looks at you and says: ‘Momma, look, you won. Bullies don’t win.’ And I said, ‘Baby, they don’t,’” Tlaib said. “Because we’re going to go in there, and we’re going to impeach the motherf***er.”

We got congresspeople out here calling the president a mother fucker pic.twitter.com/GCXSPQbPb8

“Rashida got into a little bit of trouble for saying a boo-boo word,” Ocasio-Cortez explained.

“I hit up Rashida, I sent her a text, and I was like, ‘Don’t worry about it, I mean who cares,’” the socialist said in her best high school, valley girl voice. “And she was like ‘Yeah, I’m from Detroit, back there that’s just what we call, ‘That guy.’”

Naturally, the women pivoted to claiming the President uses inappropriate language all the time but doesn’t suffer any repercussions.

“The double standard in that is that that guy, never gets in trouble for all of the boo-boo words he uses,” Omar added, continuing to use language dignified for a Congresswoman.

We’re quite sure that President Trump would NOT get a pass if video captured him telling a crowd of supporters that one of his political opponents is a ‘MFer.’

Call it a hunch.

Using a Liberal-English dictionary, the phrase ‘keeping it real’ appears to mean ‘saying the dumbest, most profane or anti-Semitic thing one can think of.’

Ocasio-Cortez is perpetually dinged for saying something mind-numbing on almost a daily basis. Omar is consistently apologizing for the anti-Semitic and ill-informed comments that come out of her mouth. And Tlaib, of course, had her moment in the sun one day into her tenure.