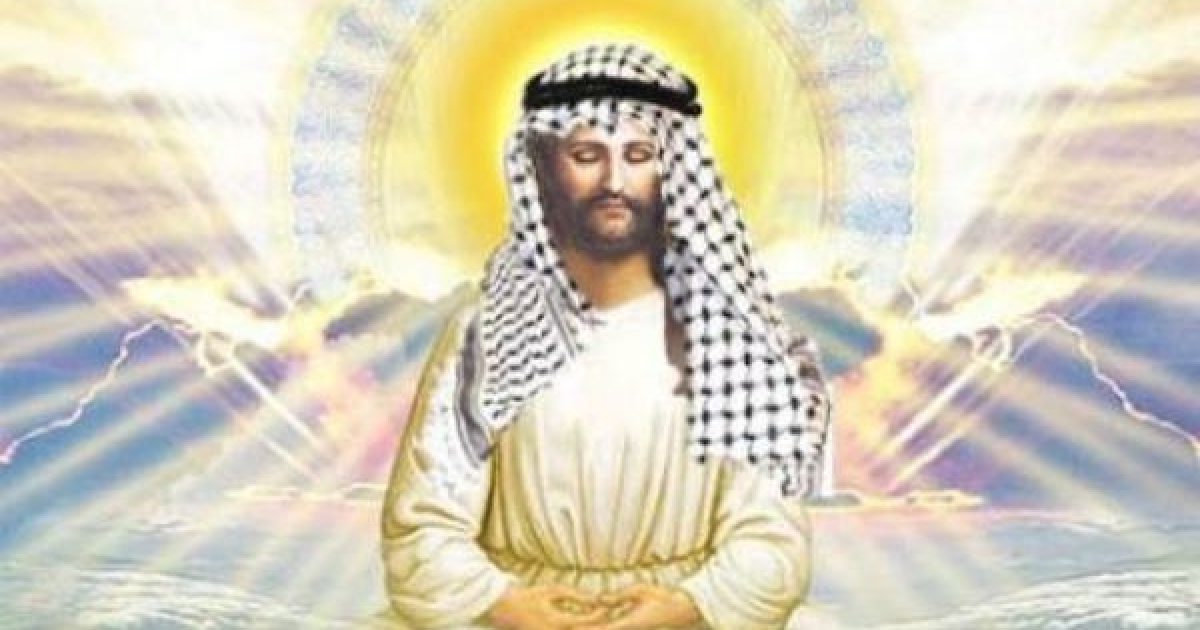 They bring it up every Christmas and sometimes in-between.

Initially presented by Yasser Arafat’s PR woman Hannan Ashrawi in 2001 is the claim that Jesus Christ was a Palestinian. But it is a claim that is historically impossible and designed to erase the historical connections between the Jewish people and the holy land.  That attempt to disconnect the Jewish people from the holy land is anti-Semitic according to Pope Francis, President Trump’s new executive order about Antisemitism, and this writer.

Expect it to come in the next few days around Christmas. The most recent example, however, was in April when the anti-Semitic, anti-American Rep Ilhan Omar, retweeted a tweet from Omar Suleiman, an adjunct professor of Islamic Studies at Southern Methodist University,

I was once asked by a relative who is a Palestinian Christian why the Christian right in America largely supports their oppression.

Just 24 hours before that the NY Times published an op-ed by Eric Copage, which said in part:

“As I grew older, I learned that the fair-skinned, blue-eyed depiction of Jesus has for centuries adorned stained glass windows and altars in churches throughout the United States and Europe. But Jesus, born in Bethlehem, was most likely a Palestinian man with dark skin.”

It’s a claim that’s popular among liberals, during the 2016 Democratic convention Rev. William Barber II received cheers during his speech when he said:

Being Jewish and living over 2,000 years after Jesus’ death, I can’t speak to what Jesus taught or the color of his skin. But considering when and where he lived, Copage’s description of Jesus’ physical appearance is probably correct. In fact, scientists who have looked into it believe that Jesus looked like a typical Middle Eastern Judean, as opposed to the way he is usually portrayed as a European. (Yes, Judean. The country was called Judea, that’s where the term “Jews” comes from). The land wasn’t called Syria Palestina till 135 years later.

After the Bar Kochba revolt in 135 CE, the Romans punished the Judeans (Jews) for revolting for the second time in sixty years. To poke those rebellious Judeans in the eye, the Romans changed the name of their country from Judea to Syria Palaestina. The Romans used Palaestina after the ancient enemy of the Jews, the Philistines. Not that there were Philistines around anymore (they had disappeared from existence around eight hundred years earlier).

The Romans also threw out many of the Judeans, creating the Jewish exile that lasted till 1948. The Byzantine Empire took control of the holy land around the year 330 C.E., and in the year 638, it was conquered by Muslim Arab forces.

Putting the timeline together, it is clear to anyone with basic math skills that Jesus can’t have been a Palestinian. There was no piece of land called Palestine until a century after Jesus died, and the area wasn’t controlled by Muslims until 600 years after his death.

If Jesus was a Palestinian, Christians couldn’t claim that he was from the line of King David, one of the Jewish Messiah requirements.

The people claiming that Jesus was a Palestinian are trying to create a new history for the Palestinians. If they can convince people of the falsehood that Palestinians were around for two millennia, then the lie that Jews are occupying Palestinian land becomes almost logical.

Anyone who says that Jesus was a Palestinian hasn’t the slightest idea of history and/or is trying to delegitimize the 3.500+ year Jewish heritage in the holy land. Both Jews and Christians believe that Jesus was a nice Judean (Jewish) boy who went into his father’s business. The real disagreement between the two faiths is his father’s occupation.