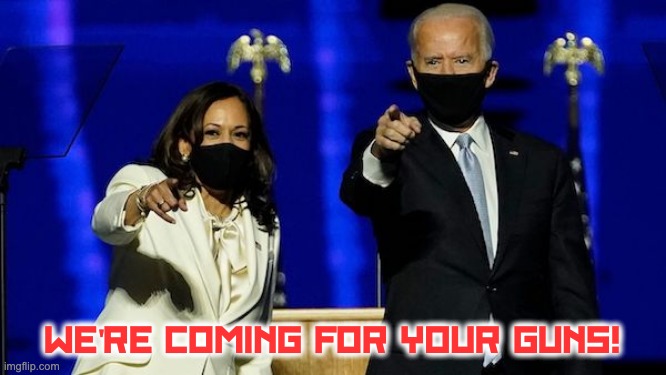 In an alarming Monday Op-Ed for the Washington Examiner, readers are warned in the headline that “Democrats are preparing a gun control onslaught” and 599 words later, the same readers will be convinced of a looming full-frontal assault on the Second Amendment.

But here’s the kicker: According to Keane, “The staffer he chose for this task was Max Young, unsurprisingly a former Schumer staffer, but shockingly the current chief public affairs officer for gun control groups Everytown for Gun Safety and Moms Demand Action.”

This should be cause for alarm, Keane explains, because it signals a new front in what has become a full-scale war to trample the right to keep and bear arms, now exercised by more than 100 million citizens who have committed no crimes. But they represent something Democrats dislike vehemently; the ability to say “No” to the party’s far-left social agenda.

Keane used the occasion to also take a well-deserved shot at the establishment media.

“After all,” he writes, “the media is often caught foaming at the mouth to report on the various ways Second Amendment advocates such as the National Rifle Association and the National Shooting Sports Foundation protect the right to keep and bear arms in the courts and in federal, state, and local governments. By contrast, Moms Demand Action and Everytown for Gun Safety’s support of extreme measures such as gun confiscation and firearm magazine capacity limits are allowed to be billed unchallenged to the public as ‘sensible gun laws.’”

Keane’s Op-Ed appears two days after a report at ABC News reported on this year’s booming gun sales. It began with the COVID-19 outbreak and fear that there might be a social collapse, and shifted into high gear when cities across the country erupted in not-so-peaceful demonstrations following the death of George Floyd while being restrained by Minneapolis police.

Perhaps there is only one thing to stop Biden’s new restrictions, and that is a Republican-controlled U.S. Senate, and that will be determined Jan. 5 in an unusual runoff election for two Senate seats, both representing Georgia. Millions of dollars are being spent by Democrats and Republicans on this election because the future direction of the country is literally up for grabs.