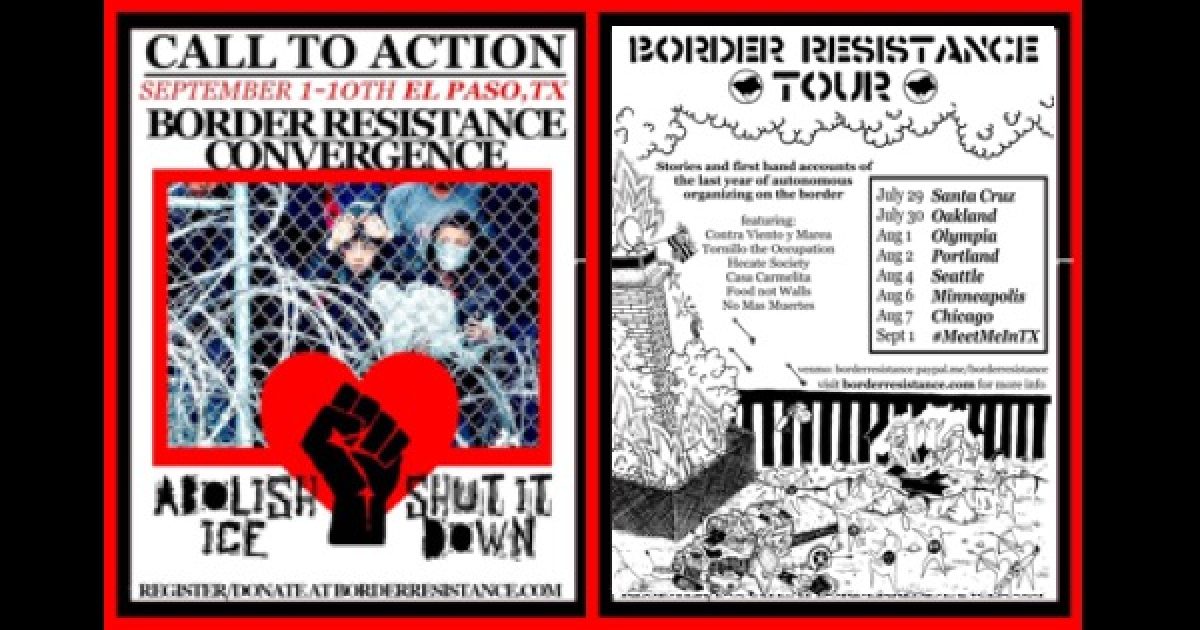 Beginning on September 1, 2019, Antifa plans to hold a 10-day siege at the Border in El Paso, Texas. Called the “Border Resistance Convergence,” they have plans for “training and direct actions” against border officials according to The Daily Caller.

Antifa is leading a "Border Resistance" militancy training tour that will converge on a 10-day siege in El Paso, TX. The promotional image shows border enforcement officers being killed & government property fired bombed. Organizers asking for "white comrades" to pay for others. pic.twitter.com/zwG7iMLMZT

Journalist Andy Ngo was beaten by Antifa and hospitalized with a brain bleed, as we previously reported. He has followed their violence closely and says that America needs to wake up. Antifa has plans far beyond a few conflicts with patriots. Their full-on plan is to destabilize the United States.

"America better wake up to this." My attorney, @pnjaban, appeared on Fox Business to talk about #antifa's goal to destabilize the US through attacks on citizens, law enforcement, institutions & private property. Full interview: https://t.co/hxCvgScM6l pic.twitter.com/NYQ5re2IM1

The Antifa website regarding the El Paso event says in part:

Local and national organizers are working together to build 10 days of trainings and direct actions for the Border Resistance Convergence in El Paso, TX – September 1-10th. We are calling on affinity groups everywhere to come together and help us address US-funded genocide and local concentration camps.

When you come to this convergence you will be in Tigua, Raramuri, Piro, Suma and Manso territory. This convergence is being run by Indigenous & QTPOC (Queer, trans, people of color) leadership and anyone who passively or aggressively disrespects that will be asked to leave.

They stated they are “relying on white comrades” to donate money for the convergence to pay for others coming from outside. Guess they’re now planning terrorism with “white privilege.” [PS- Thanks, AOC, for starting that “concentration camps” b.s.]

There is no reasoning with Antifa, as they have an agenda to destroy the United States. They are full-on Communist in the guise of anarchists. Anti-fascist–Nah? They are terrorists who violently attack anyone who disagrees with their Marxist goals (note that’s Karl Marx, not Groucho).

They are also cowards who wear masks and attack the weak. For example, last month, they held a protest in Portland. At one point during the protest, they grabbed an old guy off the sidewalk and hit him on the head with a crowbar.

This is what the victim looked like after the Antifa attack. 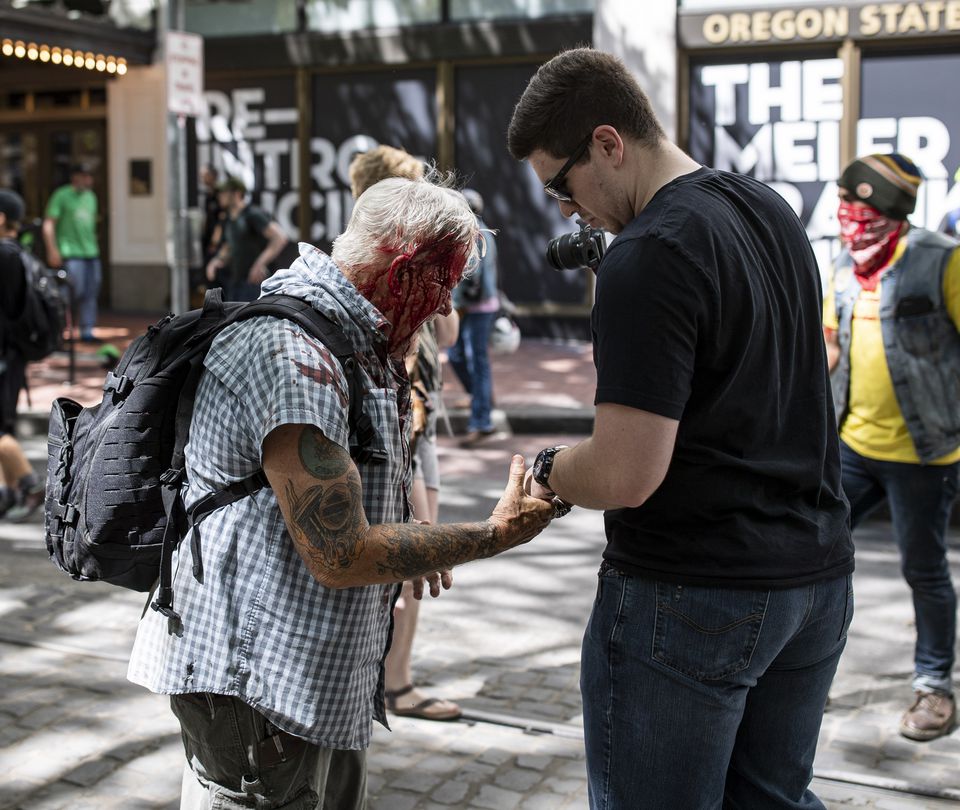 President Trump has indicated support for designating them as domestic terrorists. And since they are using violence to frighten people into accepting their political goals, terrorists is a very accurate description.

Consideration is being given to declaring ANTIFA, the gutless Radical Left Wack Jobs who go around hitting (only non-fighters) people over the heads with baseball bats, a major Organization of Terror (along with MS-13 & others). Would make it easier for police to do their job!

On Sunday, #IchbinAntifa (#IamAntifa) began trending on Twitter in Germany in response to the U.S. president’s Tweet, Deutsche Welle reported.

Bernd Riexinger, co-chair of Germany’s hard-left Die Linke party, wrote: “#IamAntifa always and everywhere. German history obliges us to stand up against racism and fascism. On the street and in Parliament. #NeverAgain.”

A full 10 days of Antifa at the border in El Paso would become a nightmare for law enforcement, as well as the folks who live there…and that’s precisely what they’re hoping for.

Whether he designates them as terrorists or not, I would expect that the President will ensure that the Border Patrol and ICE will be well-armed and have plenty of back-up support.