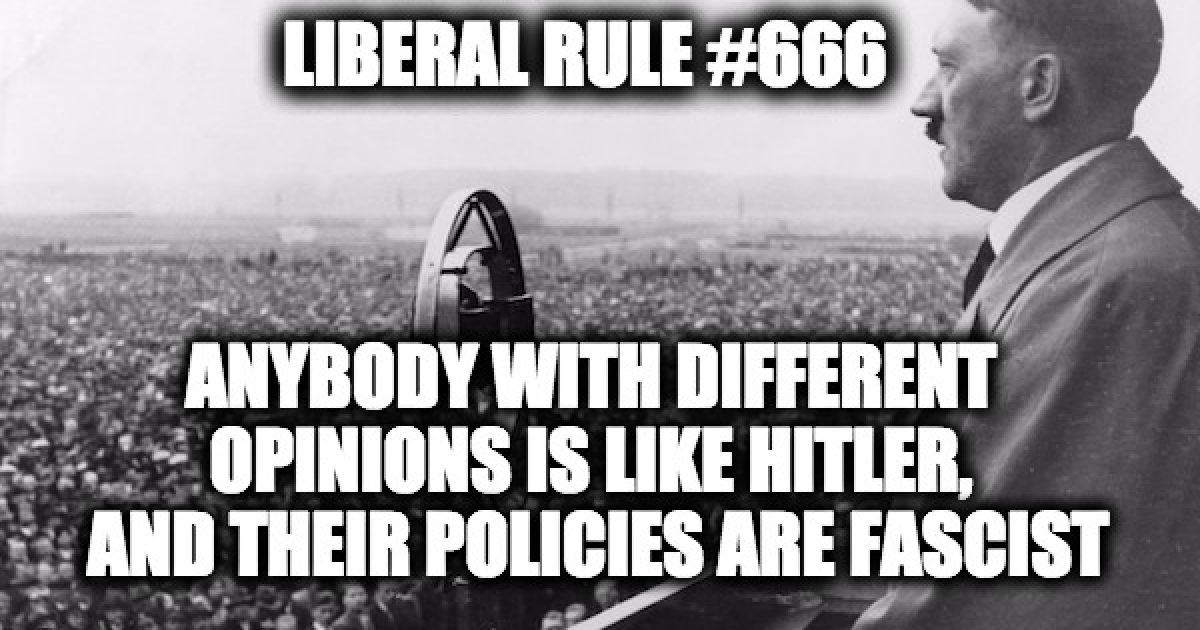 Wow! Talk about the teapot calling the kettle black!  Without mentioning President Trump,  during a Q&A session before the Economic Club of Chicago Tuesday night, former President Obama compared President Trump’s treatment of the press, and “America first” policies to that of Adolf Hitler.

Allow me to state clearly that neither the present or past president has the depravity, the extreme wickedness on the scale of Hitler, who can be considered one of the evilest men ever to set foot on this planet.

Ironically though, during his eight years in the Oval Office Barack Obama exhibited a hatred of Jews and the liberal love of government control that is also found in the Nazi-Fascist philosophy, although not close to being on the same plane as the evil Hitler.

The U.S. has survived tough times before and will again, he noted, particularly mentioning the days of communist fighter Joseph McCarthy and former President Richard Nixon. But one reason the country survived is because it had a free press to ask questions, Obama added. Though he has problems with the media just like Trump has had, “what I understood was the principle that the free press was vital.”

The danger is “grow(ing) complacent,” Obama said. “We have to tend to this garden of democracy or else things could fall apart quickly.”

That’s what happened in Germany in the 1930s, which despite the democracy of the Weimar Republic and centuries of high-level cultural and scientific achievements, Adolph Hitler rose to dominate, Obama noted. “Sixty million people died.

Although Obama didn’t mention Trump by name, it is clear that he was talking about Trump’s “America first” philosophy and his ongoing battle with the mainstream media and with those words, Obama compared his successor to Hitler.

One of the things Hitler was most famous for was his hatred of the Jewish people.  And while thankfully Obama never came close to the level of Antisemitism as the Nazi, he has exhibited a hatred of Jews.

Beginning with his first campaign for president, Obama surrounded himself with anti-Semites like General Merrel McPeak, 2008 Obama for President Co-Chair who had an impressive resume of blaming our foreign policy on the “Jewish Lobby,”  Perhaps the best example of McPeak’s anti-Semitism was when he was asked during an interview why there isn’t peace in the Middle East and he said, “New York City. Miami. We have a large vote — vote, here in favor of Israel. And no politician wants to run against it.” (in other words, those pesky Jews, who control America’s policy on the Middle East).

Obama’s first Presidential Medal of Freedom honorees were Bishop Desmond Tutu and Mary Robinson. The nicest thing Bishop Desmond Tutu ever said about Jews was “People are scared in this country [the US], to say wrong is wrong because the Jewish lobby is powerful.” He also once said, that “the Jews thought they had a monopoly on God.”

In the 20-minute phone call Obama said over and over opponents of the Iran deal come from the same “array of forces that got us into the Iraq war,” he said a “bunch of billionaires who happily finance super PACs” are “putting the squeeze on members of Congress.”

The message was clear to the Jewish participants, William Daroff Senior Vice President for Public Policy and Director of the Washington office of The Jewish Federations of North America tweeted during the meeting “Jews are leading effort to kill #Irandeal. ‘Same people opposing the deal led us into Iraq war,’” and followed with “Canard: Jews got us into Iraq War.” 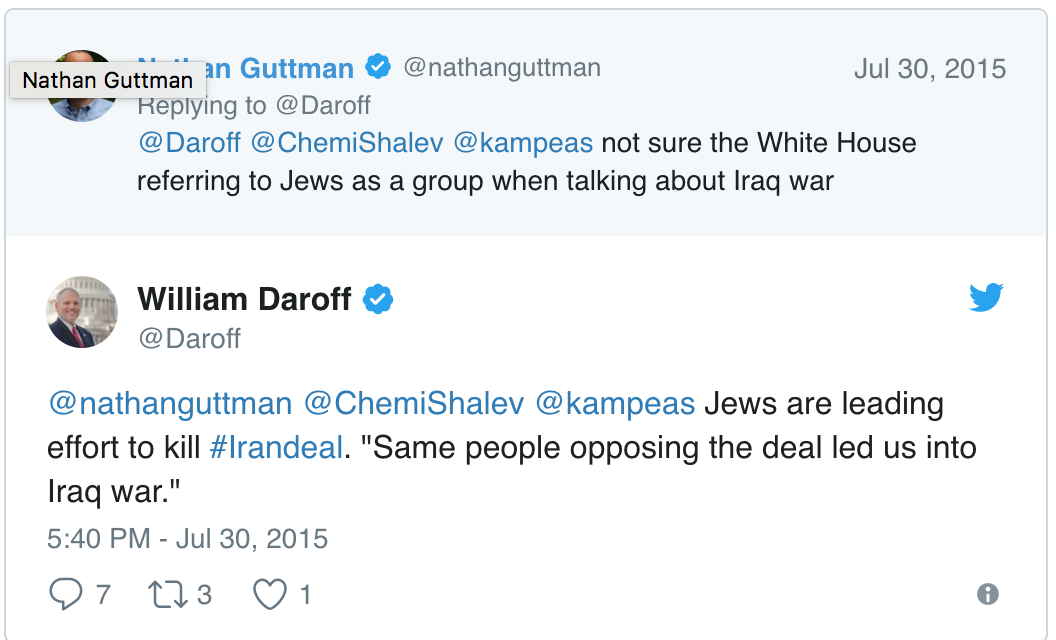 During the call, Lee Rosenberg of AIPAC questioned the President’s statement comparing people who object to the Iran deal with those who supported the invasion of Iraq. He pointed out that many anti-Semites falsely claim the Jews pushed Bush into invading Iraq. Obama explained that Netanyahu supported the Iraq invasion (true). But Bibi wasn’t the premier at the time — he was a private citizen.

The prime minister, Ariel Sharon, strongly urged Bush not to invade Iraq, arguing correctly that if Saddam were removed, “Iran, a far more dangerous player, will be rid of its principal enemy and free to pursue its ambitions of regional hegemony.”

Of course, that didn’t matter to President Obama, he needed to find a Jewish scapegoat so he used private-citizen Netanyahu who was strongly for the war. Also for the war was his V.P. Joe Biden, both of his secretaries of state Kerry and Clinton, and his biggest ally in the Senate, Minority Leader Harry Reid, all of whom supported the invasion of Iraq in Congress.

During his last month as president, Obama’s State Department condemned Israel for allowing people to build houses on land on the western side of the Jordan River. The land was legally purchased in 2009 by Dr. Irving and Cherna Moskowitz from a US Presbyterian Church. There were no complaints when the  Presbyterian Church owned it. Team Obama wasn’t objecting to the fact that houses were being built on that land. If the homes were intended for Christian or Muslim families there would have been no issue. As it is was with so many other cases during the Obama administration, the objection was based on the fact that Jews were going to live in those buildings.

The list of Obama’s Antisemitism would be much longer examples from the Obama administration’s own definition of how anti-Israel acts and statements can be considered anti-Semitic were added.

For a comparison of Obama’s liberal policies and Fascism, allow me to suggest the reader view the video below from PragerU.

Ever since Donald Trump was elected,  Barack Obama and his followers have been doing their best to stop his policies and ruin his reputation.  Granted, sometimes the President’s tweets aid them in their efforts, but Obama’s comparison of President Trump is just another part of the liberal effort to overthrow the results of the 2016 election. But Obama should be cautious because although he is not even close to the former German despot,  it is Obama’s reputation that is easier sullied than that of President Trump.