Are Anti-Gunners Exploiting COVID-19 Outbreak To Trample The 2nd Amendment? 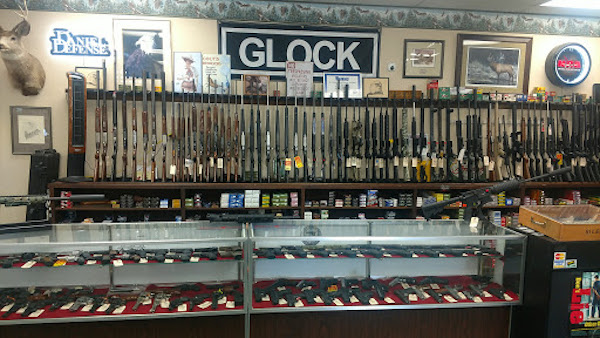 While gun prohibitionists have been complaining all week about the Trump administration’s memorandum declaring gun stores and their employees “essential”—demanding the gun shops be closed—Reason contributing editor J.D. Tuccille has offered this warning:
“Officials with fever dreams of expanded power thrive on the fear generated by the COVID-19 pandemic…These overreaching public officials are enabled by fear.” anti-gunners exploiting COVID-19

It is fear that anti-gunners appear to be using to advance their agenda. In an email blast earlier this week, anti-gun billionaire Michael Bloomberg’s Everytown for Gun Safety had this to say about the Department of Homeland Security’s decision that gun shops are essential.”

“This is just one more example of the gun lobby’s penchant for using national crises as an excuse to grow corporate profits and scare people into buying more guns.”

Reuters reported the comments from Everytown President John Feinblatt, who contended, “Adding more guns to more homes during a time of more anxiety could lead to more deaths. And that’s the last thing we need when our hospitals are already bursting at the seams.”

It wasn’t the “gun lobby” that jammed retail gun dealerships across the states. Many gun shop owners have offered anecdotal reports about the spike in gun sales, noting that high percentages of their customers have been first-time gun buyers. As reported Thursday by CFL, the Citizens Committee for the Right to Keep and Bear Arms has welcomed all of those newly-minted gun owners to the firearms fraternity, advising them to seek competent training and to exercise safety when handling guns.

In the Reason article, Tuccille singled some people out:

“The Department of Justice floated the idea of indefinite detention—holding people without trial until such time as the emergency ends, if ever. California Gov. Gavin Newsom speculated about the possibility of martial law “if we feel the necessity.” Washington D.C.’s Mayor Muriel Bowser wants to arrest anybody who ventures from home for an unapproved reason (and toss them in a virus-ridden jail). And jurisdictions across the country have ordered gun stores—among other “nonessential” businesses—closed for the duration of the crisis (although Los Angeles County and New Jersey are among those that walked back the orders under public pressure and threat of legal action).”

New Jersey and Pennsylvania folded, Delaware never did anything to invite a lawsuit. Washington Gov. Jay Inslee’s shut down of the state economy didn’t include gun stores as “essential,” and some have remained open without interference. Perhaps Inslee knows there is a SAF lawsuit ready for filing, and he has chosen to forego the unpleasantness.

It might be Inslee has also listened to lawmakers and lawmen who wrote letters urging him to open gun shops. Snohomish County Sheriff Adam Fortney, quoted by KOMO News, observed, “Citizens of Snohomish County have every right to protect themselves. If that means gun shops stay open, then they should absolutely stay open.”

Such words from a sheriff are music to the beleaguered gun owner’s ears.