Billionaires Promoting Anti-Gun Wash. Vote As Another Newspaper Says ‘No’ 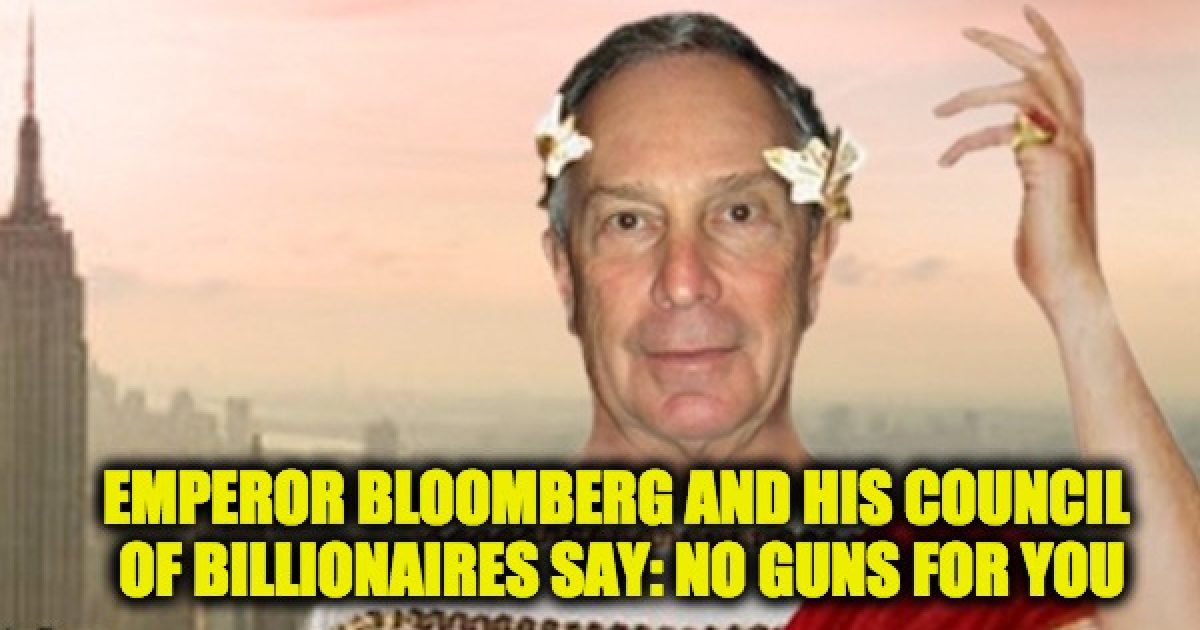 Creating the impression via email funding requests that their campaign is funded by $5 donations, backers of gun control Initiative 1639 in Washington State just reported a $600,000 funding windfall from three sources including billionaire anti-gunner Michael Bloomberg’s Everytown for Gun Safety.

I-1639 is the only gun control measure on a ballot anywhere in the U.S. this fall.

Also, billionaires Steve and Connie Ballmer each kicked in $100,000 as did billionaires Nick and Leslie Hanauer. That makes Everytown a $509,500 contributor, the Ballmers in for another $1.2 million total and the Hanauers having kicked in $713,018 apiece for a grand total of $1,426,036.

I-1639 is the 30-page gun control measure that raises the minimum age limit to buy or own a semiautomatic rifle of any kind to 21. Currently, young adults ages 18-20 can legally purchase such firearms.

The measure also requires so-called “enhanced background checks” that include a waiver of medical privacy; a 10-day waiting period, the creation of a registry of so-called “semiautomatic assault rifles,” and more provisions.

Initiative proponents have already declared that this idea if it passes in Washington, will become a model for similar anti-rights efforts in other states.

In the midst of all this anti-gun philanthropy, another newspaper has joined the opposition, encouraging its readers to vote “No” on the measure. The Tri-City Herald is telling voters, “…I-1639 is too far-reaching. We would rather see a gun measure that targets criminals instead of law-abiding citizens.”

The initiative proponents are declaring in their email blast that “The NRA is pouring more and more money into Washington to defeat us.” But the truth, according to the Public Disclosure Commission, is that the NRA and the Citizens Committee for the Right to Keep and Bear Arms, and a handful of other donors has raised less than $500,000 for the Washingtonians and the National Rifle Association for Freedom campaign to oppose the measure. The Seattle Times reported that two other opposition campaigns have raised a combined total of $83,000, making this a true David v. Goliath battle, with anti-gunners outpacing the rights movement roughly 10-to-1 in the dollar department.

While the gun prohibitionists have money, the grassroots rights opposition movement has the manpower. The NRA has a team that has been working feverishly with local activists around the state to get out the vote. With ballots now in the hands of voters, the Second Amendment activists are doorbelling, distributing literature, knocking on doors and making as many personal contacts as possible to remind every gun owner in the Evergreen State to mark and return their ballots.

And ballots are something of an issue after Seattle’s KING5 News, the local NBC affiliate, reported that King County, which includes Seattle where the vote for I-1639 should be heavily in favor of the initiative, has sent some 37,000 “replacement ballots” to voters, and many people report having gotten two ballots. Voter returns in King County will have to be watched extra closely.