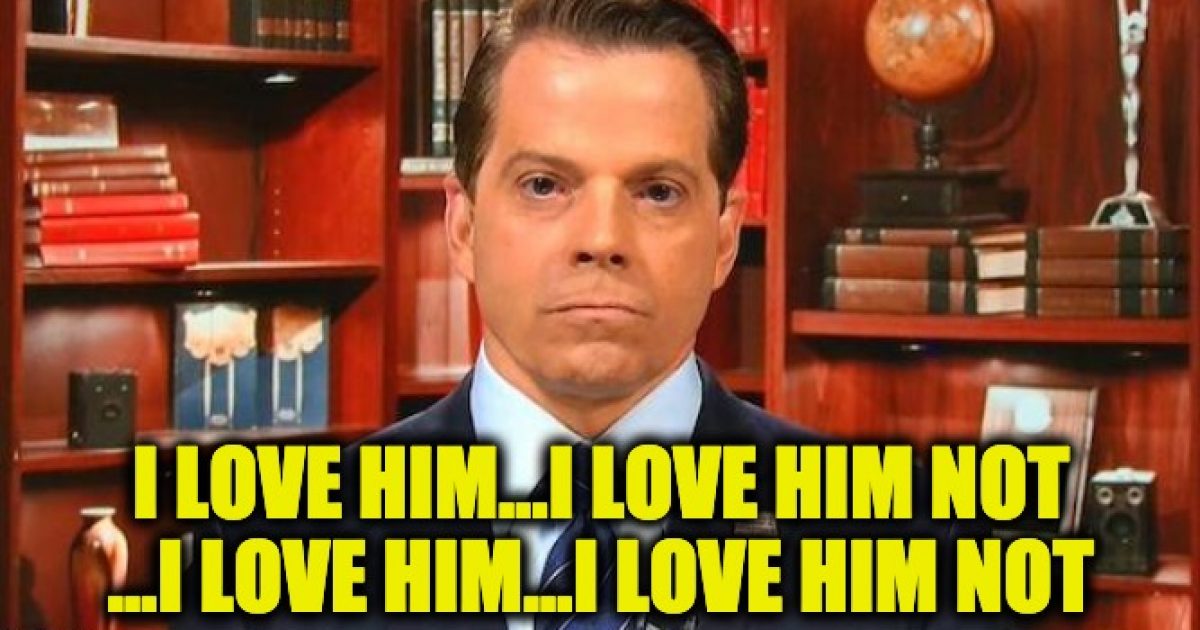 Anthony Scaramucci aka “the Mooch” has suddenly turned into the media’s favorite anti-Trumper, but former Trump Press Secretary Sean Spicer just perfectly described the turncoat as little else by “cat-nip for the left-wing media.”

Scaramucci, who was Trump’s press secretary — practically for just a few hours in 2017 — has been all over the left-wing media in the last week with his denunciations of President Donald Trump.

Spicer said that the hapless and helpless Scaramucci is a dupe who doesn’t even know that he is just being used to “create controversy” by the left-wing media eager to destroy Trump.

“There is this growing feud with Anthony Scaramucci and the president,” host Sandra Smith said before showing clips of Scaramucci attacking Trump and Trump’s response. She then turned to Spicer and said, “What’s going on here, Sean?”

Spicer then slammed Scaramucci as no friend of the president.

“I think what’s going on is Anthony obviously wants to express his view out there. I think it’s unfortunate that he is doing this because if he really was a friend of the president, he would confide to him in confidence what his opinions and concerns were and give him sage advice to help him be successful,” Spicer said slamming Scaramucci. “It’s catnip for the left-wing media to go out and use somebody like him to create a controversy.”

Next, Fox host Bill Hemmer asked if the rumors that Scaramucci was hard to work with were true and if some White House staffers were scared of him.

“I have not and never will be scared of him,” Spicer said chuckling. “I do know that it was a very rocky tenure. Obviously, it was after I had announced that I was leaving the White House, I do know that there was some concern about his management style, if you will.”

Spicer then slammed Scaramucci as a nobody and he will soon find the media uninterested in his blather.

“They are going to use him for their sound bite, to go against of the media, to go against the president now, and then they will forget him in a week. That’s that,” Spicer explained.

The Mooch started out opposing the President during the 2016 campaign then decided the liked him.  Now that he was forced out of the White House after only eleven days, and wasn’t given a job in the WH months later when he begged to come back, he has turned against the President. Even so, that is a good thing, because the truth is, Anthony Scaramucci has absolutely nothing useful to add the national conversation of… well, of anything.