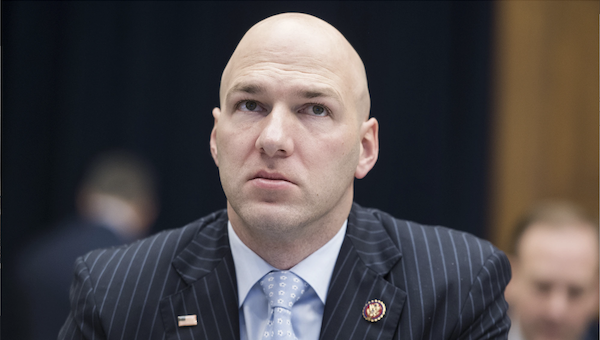 While he explained a “desire to build a fuller family life is at the heart of my decision,” the former professional football star also claimed there is no room in his district for someone who dissents from certain views.

Instead of sound bytes, you can listen to the Republican’s rationale here and decide for yourself.

What’s interesting is, as a Republican congressman today, you can espouse conspiracy theories or cater to white nationalists but decide not to treat the January 6 rioters as patriots, and you’ll be harassed.

The lunacy is toxic for the party.

Last weekend, former President George W. Bush delivered a speech in Pennsylvania commemorating the 20th anniversary of 9/11, which some deemed the most poignant rhetoric of the day.

More people might agree if they listened to its entirety, instead of focusing on a paragraph that noted:

“And we have seen growing evidence that the dangers to our country can come not only across borders, but from violence that gathers within. There is little cultural overlap between violent extremists abroad and violent extremists at home. But in their disdain for pluralism, in their disregard for human life, in their determination to defile national symbols, they are children of the same foul spirit. And it is our continuing duty to confront them.”

Those 74 words caused many right-leaning people to take offense.

Former President Donald Trump, who notoriously blamed Bush for the 9/11 attacks at a 2016 debate, and lost all three branches of government in one term, was triggered.

“Bush led a failed and uninspiring presidency. He shouldn’t be lecturing anybody!” Trump said in part.

If Bush spoke on September 11, 2020, would it be clear he was talking about Antifa, and Black Lives Matter rioters spending the summer determined “to defile national symbols”? Of course. So why not now?

As for conservatives and populists taking offense at criticism of rioters, by doing so, they are effectively taking ownership of them. Why is criticizing January 6 insulting to any Republicans?

Trump haters on the left claim Trump voters supported the January 6 riot, but nearly 75 million Trump voters surely do not believe it was a good day for America.

A former two-term Republican president condemning “violent extremists” should not initiate a response from anyone, right or left, other than condemnation of all violent extremism

The opinions expressed above are those of the author. It is one of many valid conservative positions on this issue but might or might not reflect the opinion of The Lid.