Every Democratic Politician Should Be Forced To Answer This Question 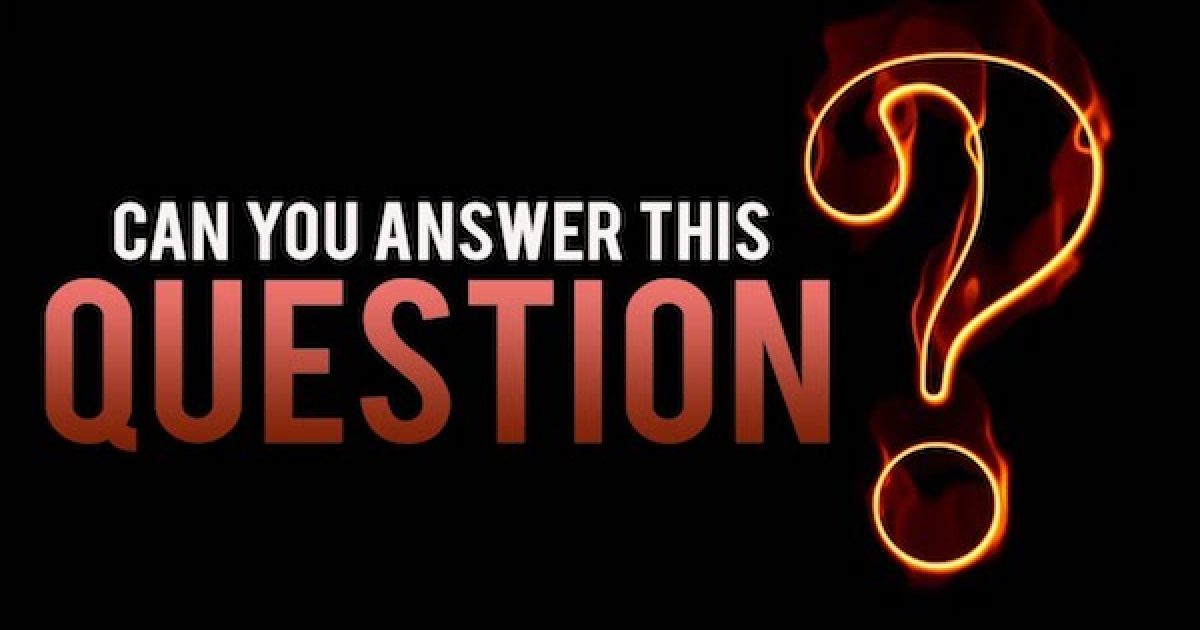 As a conservative, one of the things that frustrate me most about the media’s coverage of various issues and events is how the media turns every controversial issue into a question that every Republican politician must be forced to answer. Second Amendment

Did some national figure just say something stupid? Ask every Republican if he/she agrees with that stupid opinion.

Did some national figure just say something controversial? Ask every Republican where he/she stands on that issue.

Did some national figure just say/do something that half the country disagrees with? Ask every Republican what he/she thinks about what has just happened.

In 2012 when Todd Aken blew his Missouri Senate bid with the extremely stupid comment, “If it’s legitimate rape, the female body has ways to try to shut the whole thing down,” the first question out of most MSM reporters mouths when confronting a Republican was, “do you agree with Todd Aken?”

Even worse, the media does this kind of “investigating” when the original person isn’t even a national figure. (Perhaps it was a county clerk who refused to sign a marriage license for a gay couple, or maybe it was a racist who decided to endorse a Republican candidate, or maybe some violent criminal threatened an abortion doctor. All of these things led to mass questioning of GOP officials.)

But this same issue NEVER happens with Democrats.

Hillary Clinton just said every Trump voter is a violent racist, misogynist, and homophobe who hates other people. Did the media ask every Democrat if they agreed with her? Nope.

When New York Governor Andrew Cuomo (D-NY) said that members of the GOP with “extreme” views who believe in “right to life,” or are  “pro-assault weapon” have no place in the state of New York. Was as there a rash of Democrats being asked if they agreed???  Nope!

Were any Democrats asked if they agreed with Cuomo’s latest faux pas?

In February it was disclosed that twenty-one congressional Democrats met with the anti-Semitic Louis Farrakhan whose last hate speech not only called Jews…devils, but confirmed that deputy chairman of the Democratic Party  Keith Ellison, was a huge supporter of his until he ran for Congress. Funny though senior Democrats such as Nancy Pelosi or Chuck Schumer weren’t asked if they agreed with Farrakhan.

Does the media ask every Democrat candidate if they are abortion extremists who believe that abortion should be legal up to the moment the baby exits the birth canal? Of course not!

But here’s the question that is the most salient for where our country is at this moment, has the media gone around asking every Democrat if they believe the Second Amendment should be repealed? No way, Jose. To do so would destroy the Democrats hopes of a Blue Wave in 2018.

But this is exactly the question an unbiased and fair media would be asking of every Democrat who will make an appearance on camera. Senator Lindsey Graham (R-SC) agrees and believes that every Democrat should be forced to either defend the Second Amendment or call for its repeal.

Another reason that Democrat leaders should be forced to give a clear explanation of where they stand on the Second Amendment.

Because of this poll question from YouGov – Do you favor or oppose repealing the Second Amendment?

Or how about this political opinion from a leftwing former Supreme Court Justice, mentioned in the video above

That support is a clear sign to lawmakers to enact legislation prohibiting civilian ownership of semiautomatic weapons, increasing the minimum age to buy a gun from 18 to 21 years old, and establishing more comprehensive background checks on all purchasers of firearms. But the demonstrators should seek more effective and more lasting reform. They should demand a repeal of the Second Amendment.

By the way, Stevens has made similar arguments before, and he’s always been confronted and destroyed by his intellectual betters.

this is a lot of bunk. no one calling for 2A repeal. stop with the bogeymen. we need to stop the shootings and have a rational conversation about what can be done. https://t.co/P2MYoY4EtO

You can just remind them about Justice Stevens, or point them to these other liberal news sources.

Sure looks like SOMEONE is trying to repeal the 2nd Amendment.