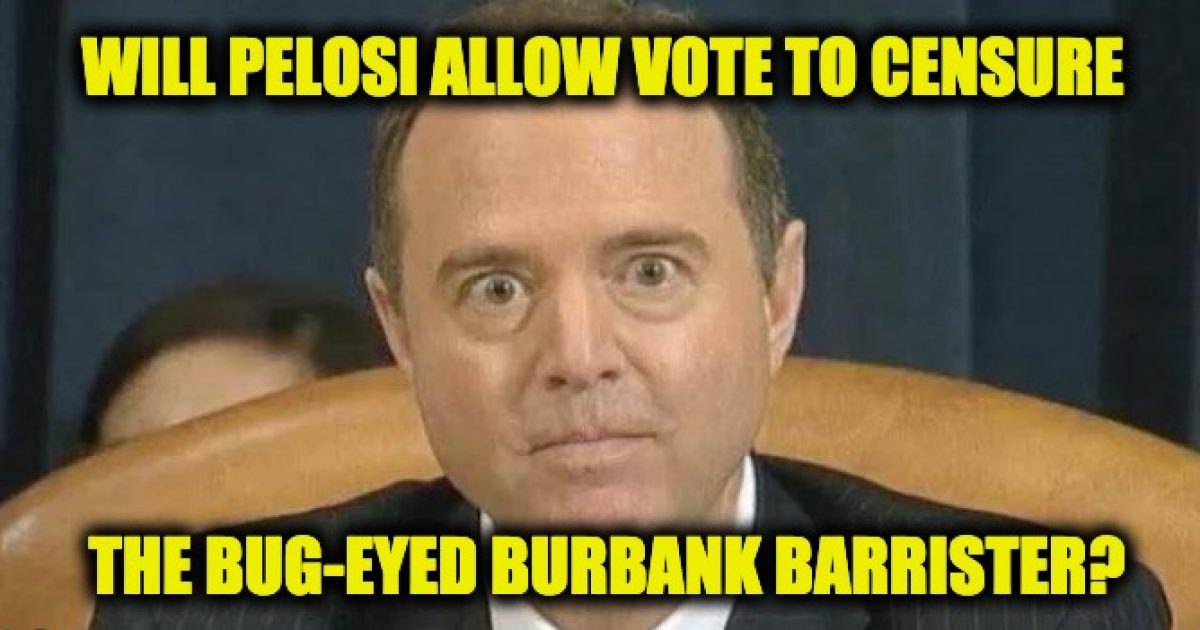 Opening the Thursday’s hearing to question acting DNI Joseph Maguire, Rep. Adam Schiff (D-CA), put on an act to make people watching believe he was reading directly from the transcript of the President Trump call with the Ukraine President.  But Schiff made up fictional dialog in an apparent effort make a benign phone conversation into something it wasn’t, and convince the viewing public that the President did something wrong. Andy Biggs

To many including Rep. Andy Biggs (R-AZ) this was unacceptable. The day after the hearing, he introduced a motion to censure and condemn Adam Schiff’s latest lies.

“During yesterday’s hearing, Chairman Schiff’s opening statement included a blatantly false retelling of President Trump’s conversation with the Ukrainian president. Democrats previously initiated an impeachment inquiry, which leads to one of the most serious, constitutional duties of Members of Congress: removal of the President of the United States. Through this process, if the President has committed high crimes or misdemeanors, Congress may overturn the election of the President and the will of the American people. It is therefore inexcusable to toy with the process and mislead the American public with such a statement.”

The text of the motion reads:

Whereas, President Trump released the transcript of a call between him and the President of Ukraine;

Whereas, President Trump subsequently released the whistleblower complaint of August 12, 2019;

Whereas, in a September 26, 2019, hearing on the whistleblower complaint, House Intelligence Committee Chairman Adam Schiff purported to relay the content of the phone call to the American people;

Whereas, instead of quoting directly from the available transcript, Chairman Schiff manufactured a false retelling of the conversation between President Trump and President Zelensky;

Whereas, this egregiously false and fabricated retelling had no relationship to the call itself;

Whereas, these actions of Chairman Schiff misled the American people, bring disrepute upon the House of Representatives, and make a mockery of the impeachment process, one of this chamber’s most solemn constitutional duties;

Whereas, for more than two years, Chairman Schiff has spread false accusations that the Trump Campaign colluded with Russia;

Whereas on March 20, 2017, then Ranking Member Schiff read out false allegations from the Steele dossier accusing numerous Trump associates of colluding with Russia;

Whereas, then-Ranking Member Schiff falsely claimed in a March 2017 interview to have “more than circumstantial evidence of collusion with Russia;

Whereas, then-Ranking Member Schiff negotiated with Russian comedians who he believed to be Ukrainian officials to obtain materials to damage the President of the United States politically;

Whereas, members of the Intelligence Committee have lost faith in his objectivity and capabilities as Chairman, with every Republican member on the Committee having signed a letter calling for his immediate resignation as Chairman;

Bravo Rep. Biggs. While I doubt Nancy Pelosi will ever allow this motion to be voted on, it’s worth the try.