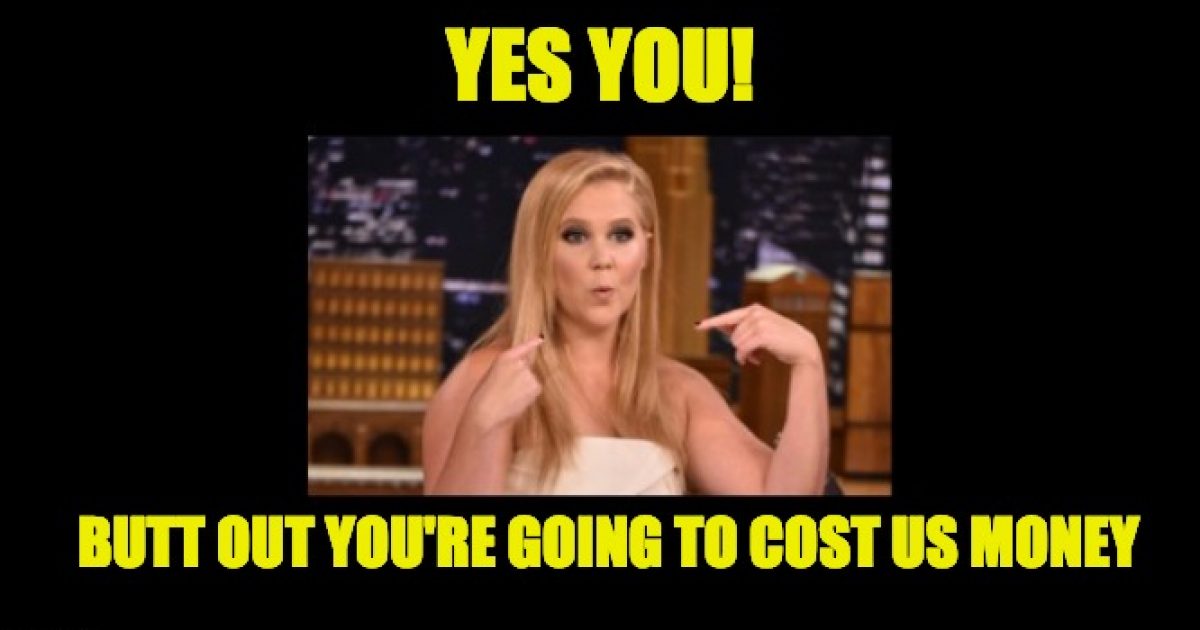 Restaurant workers in New York want rich liberals like actress Amy Schumer to stop “helping” them with their hourly pay because the “fight for $15” is causing them to lose hours, benefits, and even jobs.

Schumer and other buttinskis (such as actresses Amy Poehler and Sarah Jessica Parker) have been trying to force the State of New York to raise its Minimum Wage to $15 per hour.

But, not everyone is happy with Schumer’s efforts. And some have has spoken up in The New York Times.

For more than a year, a group of Hollywood actresses waving the banner of the Time’s Up movement have been pressing Gov. Andrew M. Cuomo to apply New York’s minimum wage to workers who earn tips, arguing that it would make waitresses less vulnerable to sexual harassment. Among the celebrities weighing in are Sarah Jessica Parker, Michelle Williams, Amy Poehler and Amy Schumer.

Not surprisingly, the restaurant industry is pushing back, saying the proposed change would spell doom for many businesses.

But it has also created an unexpected divide: Waitresses and other servers are resisting the proposal, saying they can make more money from tips and do not need celebrities to help protect them from harassment.

The Times piece is no mere Op-Ed, either, as it quotes several real-life restaurant workers.

One Outback bartender told the paper, “These celebrities have literally no idea. I feel like they need to butt out.”

Another slammed the “no-tips” policy idea because it usually coincides with a steep rise in prices to customers and a subsequent drop in business.

Indeed, when businesses end tips and pay only the Minimum Wage — even if that wage is a few bucks more than the older base pay — employees who would usually work for tips end up losing money.

In New York City, many servers at busy restaurants and bars earn more than enough in tips to push their hourly wage well above the $15 minimum. “The best-paid people in the restaurant are the servers and the bartenders,” said Jeremy Merrin, the owner of four Havana Central restaurants, including one in Times Square. “My servers make well in excess of $20 an hour.”

Worse, with no chance to make more cash via tips, there is no incentive for workers to excel at the service they offer restaurant customers.

Restaurant employees all know this, and that is why so many of them oppose the Minimum Wage hike.

So, they want Amy Schumer and Amy Poehler to butt out.