America’s Small Businesses Are In Crisis-Thanks To Biden

President Biden Promised That Help Was On The Way. Instead, Help Wanted Signs Were On The Way. 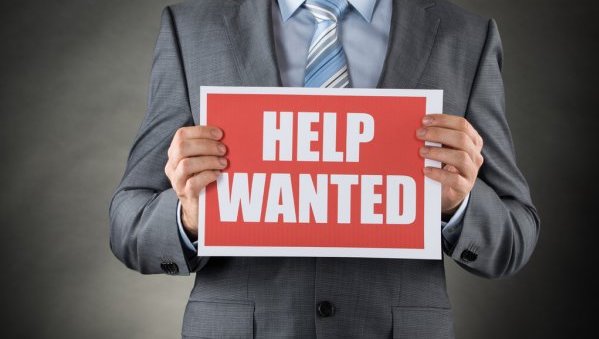 “We’re overrun with business, which is a great thing, but we can’t find people that want to come and work,” Wakefield told WESH news.

Wakefield owns three popular restaurants and bars in Ormond Beach. He said he is short employees by at least a third at each. Wakefield says several people have not returned to work even though there are jobs for them.

“We’ve had quite a few people tell us blatantly that they’re getting enough money in stimulus checks and unemployment that they’d rather not work,” Wakefield said.

In nearby Port Orange, Fl. Tom Golden is also struggling to hire workers. He told WESH news, “I still have tables in my garage because I don’t have enough employees to run the whole dining room.”

Golden said a few of his former employees got other jobs during the shutdown or moved away. He said the trouble is replacing them. Golden has been working seven days a week to keep the doors open.

The big mystery is, where have all the workers gone? There are a record 10.1 million job openings across America, the highest number of available vacancies since the Labor Department began tracking this statistic in 2000 and more than the number of unemployed Americans.

This should be cause for celebration after government-enforced lockdowns caused small businesses to shut down and unemployment skyrocketing. Instead, it’s a flashing warning light that the engine of our economy, Main Street small businesses, is in crisis.

What makes the labor shortage so shocking is its sheer scale.

Consider a recent national survey published by the National Federation of Independent Businesses: “small business labor shortage hit a new record in July.” Nearly half of the small business owners polled said they have unfilled job openings they could not fill.

A staggering “93 percent of those owners hiring or trying to hire reported few or no ‘qualified’ applicants for the positions they were trying to fill in July.” One in four business owners ranked labor shortage as their top business problem.

It should be no surprise that U.S. small business optimism has taken a hit, and owners are less confident about America’s economic recovery.

Fiscal conservatives overwhelmingly blame this crisis on out-of-control spending by Democrats in Washington.

“Government-mandated closures created unprecedented obstacles for small businesses,” said Rick Manning, President of Americans for Limited Government. “Just when they were finally able to catch their breath, policies pushed by the Biden administration, and every Democrat in Congress, created even more hurdles. Work has been disincentivized, and our economic recovery jeopardized.”

Democrats passed a $1.9 trillion “Covid” spending splurge that had almost nothing to do with Covid on a party-line vote in March. President Biden promised that help was on the way. Instead, help-wanted signs were on the way.

Since then, small businesses have had to deal with the predictable consequences of competing for employees against a federal government that can print its own money at taxpayers’ expense.

Small business owners directly blame the federal government’s enhanced unemployment for the labor crisis they are suffering through.

As Republicans have warned for months, reckless government spending has caused an economic crisis, not an economic recovery. This week, Democrats doubled down on their plan to continue their reckless spending spree by passing a $3.5 trillion socialist spending binge that will crush families, dismantle our economy, and reshape our country in the worst possible way.

The government has hiked prices and made it harder for these small businesses to survive. If the labor shortage continues, the next year will be devastating for the American Dream.

Anyone championing trillions more in government spending should keep this very real crisis in mind.