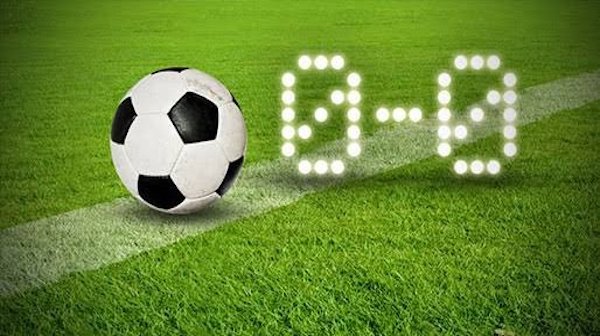 For the last 10 days, moral superiors have pressured everyday Americans to heed attention to “football,” or as we deem it, soccer — so as not to be confused with the more popular sport.

On Tuesday, the United States men’s national soccer team’s brief run in a Persian Gulf nation riddled with anti-Semites and misogynistic policies will end if the team doesn’t beat Iran, a squad with braver men than ours.

If you live in the Twitter cesspool or an urban bubble, you likely are under the erroneous impression that most Americans enjoy soccer, but as in so many other areas, Twitter and large cities do not represent real life.

I frequently travel the country by car and therefore meet a massive cross-section of people in various regions; no one I know is following the World Cup, even those whose children play soccer on weekends. No blue-collar or rural guy or suburban family is sitting down tomorrow afternoon to watch 90 minutes of dullness on the pitch.

A poll from earlier this year found that barely 7% of our countrymen consider themselves avid soccer fans, well behind football, baseball, basketball, and even hockey. This is the same percentage as those declaring they’re avid golf fans, a sport whose popularity is actually growing.

Again, despite the best efforts of corrupt FIFA and assorted soccer boosters in the last few decades, the sport will not catch on here, mainly because once some Americans watch “the beautiful game,” they realize its banality.

So consider me skeptical that Team USA’s two ties this month can augment the sport’s popularity. Four years ago, this group didn’t even qualify for the World Cup after embarrassingly losing to an island nation with a population smaller than Nebraska’s.

Taking a page of idiocy from ESPN, Fox Sports tossed hundreds of millions of dollars on the “game of the future’s” popularity and lost money broadcasting the 2018 World Cup.

Politics are also a factor.

The U.S. women’s soccer team is even more fringe and off-putting. They’ve disgraced themselves many times by becoming a woke left-wing enterprise rather than being happy playing a game they love.

You should be disturbed by this unpatriotic narcissistic behavior. @mPinoe is neither a hero or a role model. I rewound and watched the entire celebration on the field. Rapinoe didn’t want anything to do with an #Americanflag before she stomped it. #repulsive pic.twitter.com/Kevbe7jJYt

The face of the women’s sport is a fabulously wealthy, repugnant hypocrite who lies about “social justice” issues, undeniably disturbing most of the country.

It is beyond irksome that legacy media demands that Americans care about soccer players’ ignorant claims, and equally annoying that elites insist that we care about a global event once every four years, similar to the equally banal Olympics.

Perhaps soccer is still the world’s favorite sport, which is why the western Left adores it. Maybe kicking a can in the streets of Cairo or Lagos or Seville was fun as the first organized sport after people finally had leisure time because they didn’t need to work on farms all day just to stay alive. Ironically, it’s a relatively small number of privileged Americans — most of whom don’t even play the game but love to virtue signal — who convinced themselves they enjoy watching soccer.

But, as usual, the U.S. is ahead of the curve. American innovation has delivered far better sporting alternatives, including ones involving hands where teams actually score points and don’t fake injuries every minute.

If you think the quality of this World Cup is bad, and it is in general, just wait until Fifa increase the amount of teams from 32 to 48 in 2026. Another great idea from them…