Not Buying It: Americans Blame Biden For Pain At Pump 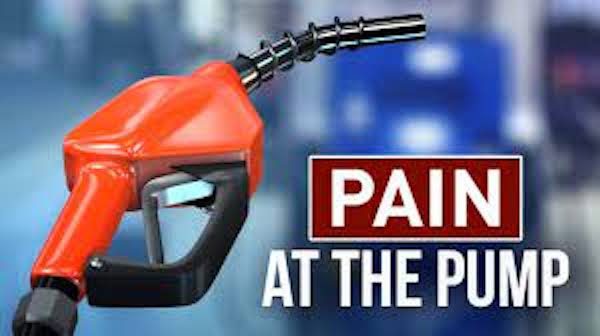 It’s Putin, no, it’s Trump, it’s those mean oil companies, the Republicans, the Covid pandemic, or maybe your cousin’s best friend’s cousin’s wife. Every day, it seems as if Joe Biden finds someone new to blame for the spike in oil prices. But Americans aren’t buying it.

It’s not the kind of gas pain that can be solved with a tablet.

Seventy-six percent of Republicans think Biden bears most responsibility for higher fuel prices, as do 54% of independents. Only 24% of Democrats say it’s Biden’s fault. Most of them blame either the major oil companies or Putin. No one said it’s your cousin’s best friend’s cousin’s wife.

In other words, Democrats are still defending their presidential pick, despite rising inflation.

In all, fifty-one percent of likely voters blame Biden for the oil crisis.  And it’s a more significant issue that the administration realizes. A whopping 84 percent told Rasmussen the “rising price of gasoline, home heating oil, and other petroleum products is a serious problem, including 61% who say it’s a very serious problem.

This spells trouble for Democrats in November when many political observers expect Congress to switch to GOP control in what some believe will be a political bloodbath.

In the end, it means that American voters don’t buy what Biden is selling.