American Politicians Can Learn From The Book Of Exodus

Today the people of America are slaves to political pettiness. 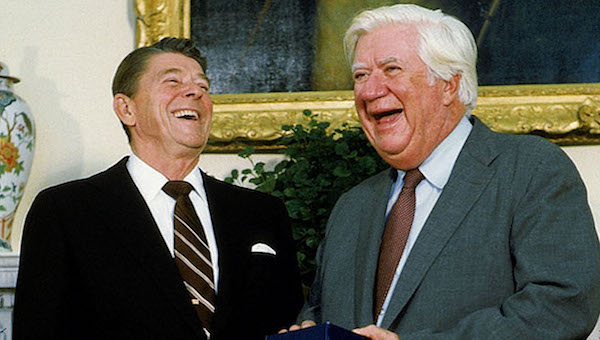 American politicians the Book Of Exodus

I am not a Rabbi, nor have I ever played one on  TV.  But as a political geek who read the first part of the Book of Exodus this week, it struck me how we can use the book of Exodus to break the Washington D.C. logjam caused by the political differences.

When Bob Dole passed away at the beginning of December, he was eulogized as one of the last “old school” politicians.  This meant that as a Republican, he reached across the aisle to work with Democrats.  A newspaper in California, The San Bernardino Sun, wrote that his death reflected “the passing of a more collegial style of politics.”

Say what you will about any of Dole’s stances on any particular issue, but Dole did “attempt to solve the nation’s problems” and was willing to work across party lines to do it.

The outpouring of sympathy from Democratic and Republican officials reflects not only admiration for Dole’s storied career, but a longing for a time when politics was more about governing than waging grudge matches.

There are many stories about Ronald Reagan, one of the best IMHO was that he would be arguing with House leader Tip O’Neill all day long but stop at 6pm.

Reagan was a powerful President who strongly believed in conservative solutions to America’s problems.  O’Neill was a powerful Speaker of the House.  His belief in Liberal methods to fix issues was just as strong as Reagans were on the other side,  But once it was quitting time, the two would kick back and have a few drinks together.

In his book “Tip and The Gipper, former MSNBC host Chris Matthews tells the story of his first encounter with President Reagan when the POTUS walked into one of the Speaker’s offices in the House just before he was to deliver the 1982 State of the Union address.

Matthews introduced himself, and said lightheartedly: “Mr. President, welcome to the room where we plot against you.”  Reagan replied: “Oh no, not after six.  The Speaker says we’re all friends after six.”

How does any of this relate to the Book of Exodus?  Well, actually it starts in Genesis.  In the first book of the bible, there is hatred between brothers.  Cain killed Abel because God liked Abel’s offering better.  Ishmael was harassing his brother Isaac, so he was sent away from the family.  Jacob got his brother Esau to sell his birthright as the next leader of the clan for some soup (and it wasn’t even chicken soup).   Joseph was sold into slavery by his brothers, who were jealous of a multi-colored coat.

Just like today’s politicians their disagreements and hatred prevented them from looking at the big picture and deciding the best things for their families.

But at the beginning of Exodus, the Jews were placed into slavery, where they stayed for over 210 years.  How did they get out?  The bible tells us that God sent ten plagues down on Egypt to make Pharoah let the Jews go.  God could have done that in the first year.  But something different happened just before the plagues started, and the Jews were freed.

What turned it all around was that Moses, who grew up in the court of Pharoah and eventually ran away, met his brother Aaron for the first time.  He became Moses’ mouthpiece.  For the first time in the bible, two brothers worked together.  Through the combined efforts of the two, slavery was ended.  They even shared starting the plagues.  Aaron initiated the first three plagues, stretching his rod over the waters to bring forth blood and frogs and hitting the earth to summon lice.

God saw that Moses and Aaron could work with each other, and the people followed their lead.  Only then were the Jewish people freed from slavery and able to become a people.

That’s what we are missing in American politics.  We don’t have many politicians who act like Moses and Aaron or Bob Dole, Ronald Reagan and Tip O’Neill.  They may not have the same methodology, but they have the goal of protecting the future of their people and/or country.

In Hebrew, the book of Exodus is called Shemot, which means names because it lists the names of the people who went down to Egypt.  Today’s politicians interpret that word differently.  As soon as the opposing party comes up with a new program, their first response is to label the program and its sponsors with prejudicial names.  Both Republicans and Democrats are guilty of using disparaging names for the other party, instead of trying to unite and come up with a program for the future of this country.

Untill our people in Washington start acting like Moses and Aaron putting the future of their nation before political expediency, instead of the brothers in Genesis putting their personal feelings before the needs of their people, nothing will get done.  Today the people of America are slaves to political pettiness.