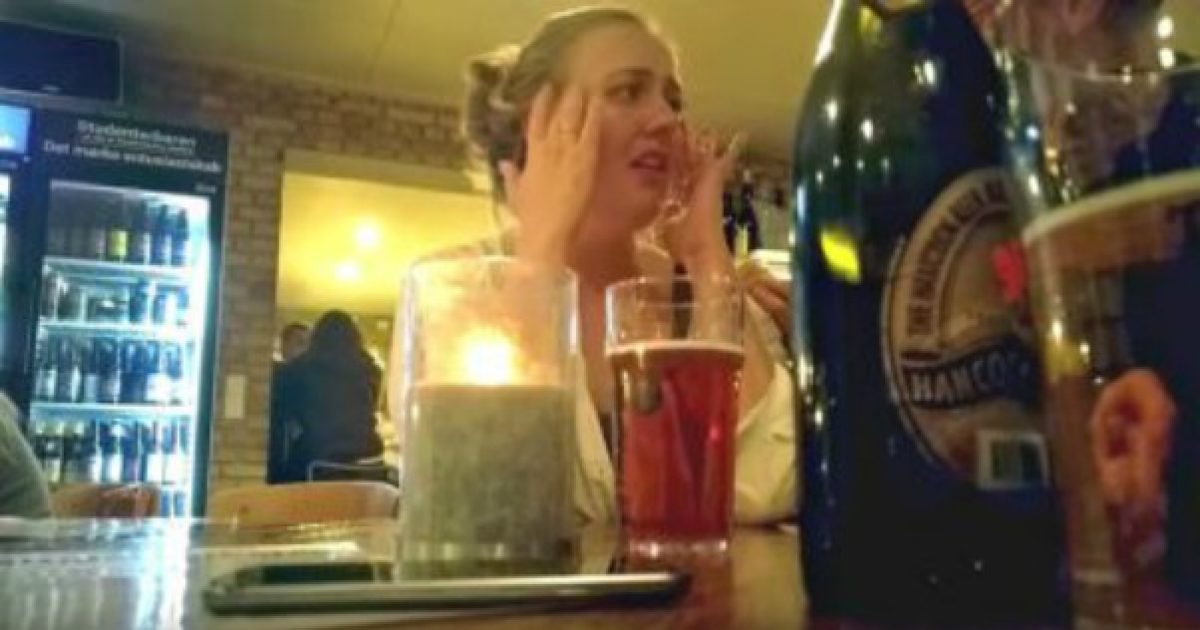 The irony of this is sweet.

Consider it for just a moment, will you?

In America leftists are currently fighting to end Freedom of Speech, based on the grounds that “hate speech” is not free speech. In Europe, free speech does not exist… just like the leftists want.

So a leftist American woman travels abroad, to Denmark and walks into a bar.

At this point she notices that the man seated across from her is wearing a #MAGA hat which “triggers” the woman and sends her into a rage. As the woman’s anger escalates, one of the other patrons begins recording…

Julius Daugbjerg Bjerrekær was the man in the MAGA hat and he later uploaded the video to his YouTube account for all the world to see.

“An American woman wanted to sit at my table. I was wearing a MAGA cap. She became visibly angry with my presence, so my friend started recording her.”

The woman then let loose with an expletive laden flood of hatred.

As the woman finally gathered her belongings and began walking away, the man can be heard saying “Liberal tolerance at hand.” Quite a mild response to the vitriol that the woman was spewing, but it sparked her to another level of fury.

“I do not fu**ing tolerate fu**ing, fu**ing racist!” she yelled. “You’re a horrible fu**ing human being and I hope you go home and feel fu**ing ashamed of yourself!”

“For what?” the man asked almost begging the unhinged lunatic woman to continue her collapse into insanity.

“For fu**ing being a fu**ing racist you fu**ing human piece of sh**!” This concluded her rant, threw a drink at the man, and stormed out of the bar. As she left Bjerrekær can be heard calling after her, “I think that is definitely illegal there. You should stop that person! This is assault!”

The leftist American may have stormed out into the night, but the situation is far from over.

See, in Europe you do not have a right to simply spout your opinion wherever you please. Sadly, this American seems to have forgotten there is no First Amendment in Europe.

Nor do you have the “right” to throw a drink at a person.

The next day Bjerrekær decided to pursue legal action against the woman and the police are now investigating the situation as a “politically motivated hate crime.”

“We chose to take legal action the following day. A case has been opened and she will be charged with politically motivated assault (a hate crime). Political violence is never acceptable – no matter ones political affiliation.”

The woman faces stiff penalties for her physical and verbal assault on the man, because in Europe… there is no such thing as free speech, and the irony here couldn’t be more sweet.