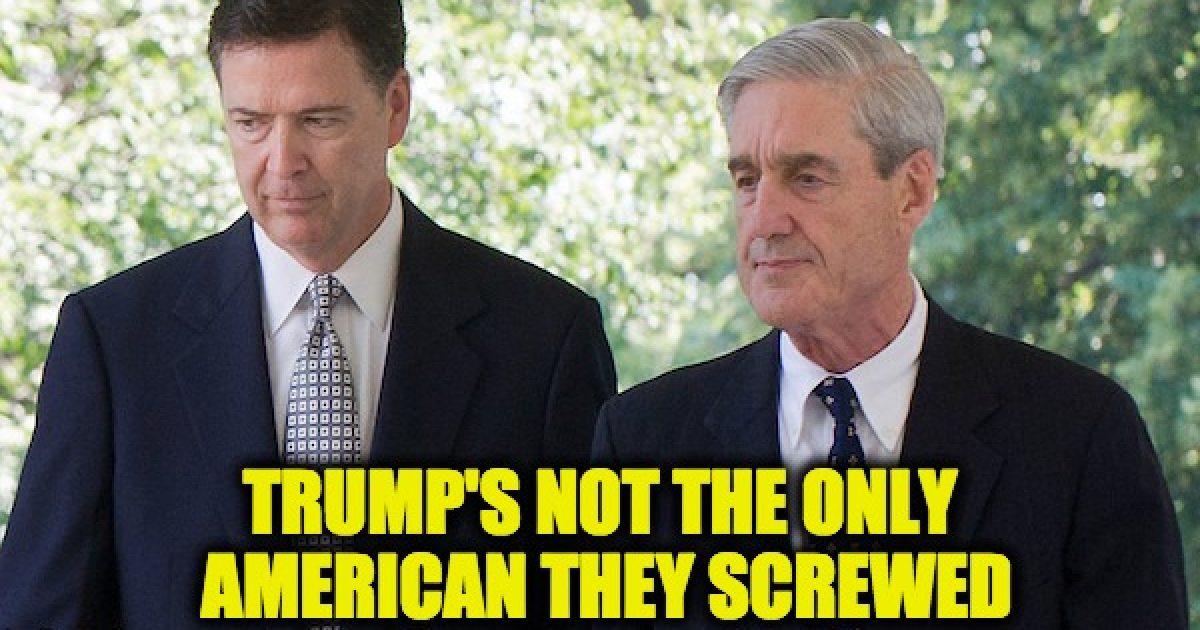 An American who escaped after being held hostage by the Islamist terror outfit al Qaeda now says that he was betrayed by Obama’s corrupt FBI and that intelligence figures like Robert Mueller and James Comey knew all about his captivity but did nothing to help free him.

American photojournalist Matt Schrier escaped from al Qaeda after being grabbed by the terror group in Syria, but Schrier now says that after looking into what happened during the time he was in captivity, he thinks he was betrayed by Obama’s security services.

Schrier recently appeared on Fox News to talk about his ordeal, but he was careful to note that he isn’t blaming the entirety of the FBI for his captivity.

“Not every FBI agent is bad. Some are very good people,” Schrier told Fox News in a March 26 exclusive interview. “But the ones that are bad need to be weeded out. And the ones who let them be bad, and who turn their head, need to be exposed.”

Schrier shared a wealth of evidence with Fox including emails, financial records, and other proof of his contention.

While he was tortured and held by al Nusra, the brutal Al Qaeda franchise in Syria, Schrier claimed the FBI put intelligence gathering ahead of his personal security, hoping to track the computers and tablets to learn more about Al Qaeda recruits and future plots. After his harrowing escape, Schrier started demanding answers from the FBI, which at the time of his kidnapping was led by Mueller.

Since his return to the U.S. in mid-2013, Schrier shared documents with Fox News and explained, “I faxed– I emailed them, probably between my mother and my father and me, between 50 and 100 complaints.”

Comey took over from Mueller in September 2013, and Schrier said the stonewalling continued. “I was emailing him questions. I was forwarding him all these emails. I was demanding answers from him,” Schrier said. “And I never got anything back.”

For its part, the FBI said that the case is still open and that they would not say anything more on the matter:

“The FBI’s investigation into the kidnapping of Matthew Schrier remains open, therefore, we are not able to discuss investigative details surrounding this case. The FBI works closely with our federal partners not only to ensure that the U.S. Government does all that it can to safely recover Americans taken hostage overseas but to also assist victims who have been defrauded or further abused by a hostage-taker,” the spokesperson said.

As Fox described the journalist’s ordeal:

Schrier’s story began in 2012 when, as a freelance photographer, he traveled to Syria, one of the most dangerous places on the planet for journalists to operate. Schrier said he wanted to witness history.

On New Year’s Eve of 2012, instead of crossing back into Turkey, Schrier was kidnapped by the Al Qaeda franchise known as al Nusra. “ISIS pushed them out, but at that time, they were number one,” Schrier said. “They were the guys you did not want to be held by.”

Schrier spent the next seven months held in six prisons across Syria where he was routinely tortured and starved. “They caught me trying to escape a month and six days in, so they put a tire around my knees and they lock it in place by sliding a bar in the crook between the tire and your knee — the back of your knees. And they flip you over so your feet are in the air and you’re handcuffed… And they take a cable… about as thick as nightstick, and they whack your feet.”

The biggest reason the former hostage thinks that the FBI knew everything about what was happening to him is because they were tracking every fraudulent penny the terrorists were spending using his identity.

“So they’re monitoring my financial records straight off the bat. They’re letting them steal this money. Why are they letting them steal the money, what’s the angle? Well, what are they buying? They’re buying laptops and tablets. If they intercept them, they do their little spy thing and then they deliver them right into the hands of al Qaeda and they create, basically, a dream come true for the intelligence community, a way to infiltrate the enemy like never before, without them even knowing it,” Schrier told Fox.

The FBI admitted to certain of Schrier’s accusations thereby substantiating that they were involved in his case and did refuse to help get him released.

Meanwhile, because his credit and identity were destroyed, the former hostage still can’t get a new credit card or a loan.

Essentially, the FBI allowed this American citizen to sit as a hostage and did nothing despite knowing everything about his case. The FBI, the CIA, and the Director of National Intelligence knew exactly where Schrier was the whole time. But because they may have been getting good intel, they turned a blind eye to his perilous situation.

Fortunately, Schrier was finally able to escape the clutches of these monsters… quite without any help from Barack Obama’s intelligence services.