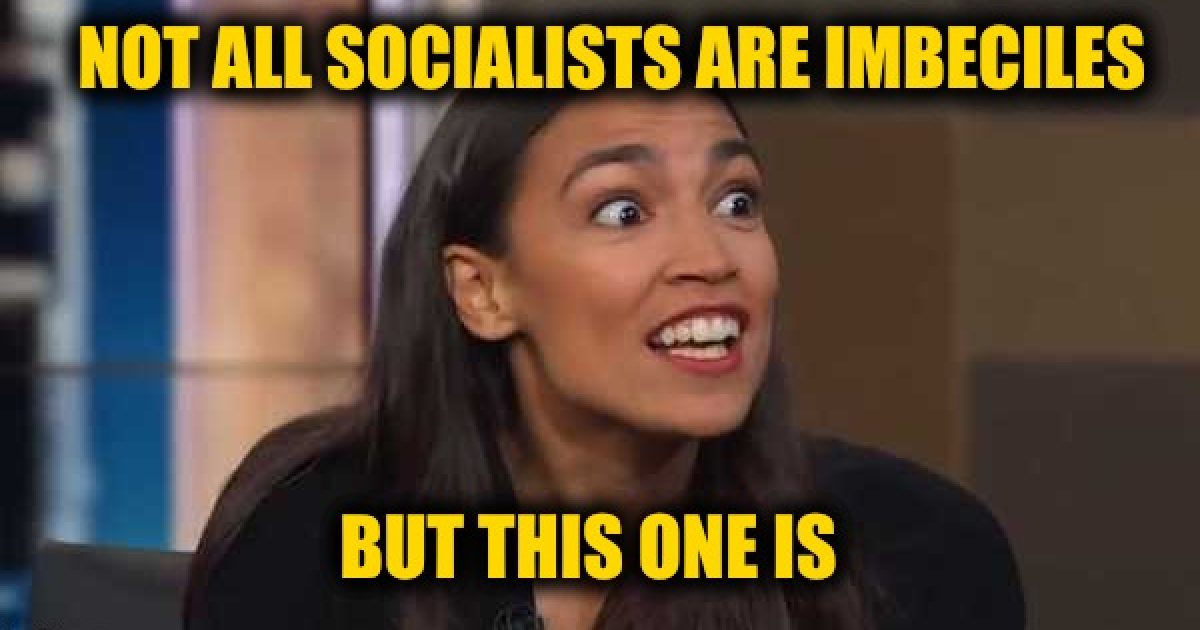 Whenever Alexandria Ocasio-Cortez sits for an interview, people wonder if Boston University is going to demand she return her diploma because of her lack of brain cells giving the school a bad reputation. Her protest of Amazon locating one of its new headquarters in Queens, New York,  proves that getting elected to Congress didn’t spur a significant growth of cranial neurons.

Amazon announced that it is going to build one of its two new headquarters in the Queens, NYC neighborhood of Long Island City. The new headquarters would create 25,000 “full-time high-paying jobs,” and Amazon will invest about $2.5 billion in its campus and related projects, including infrastructure and green-space development. The announcement made New York so happy that Mayor DeBlasio and Governor Cuomo appeared in the same building without resorting to violently attacking each other. 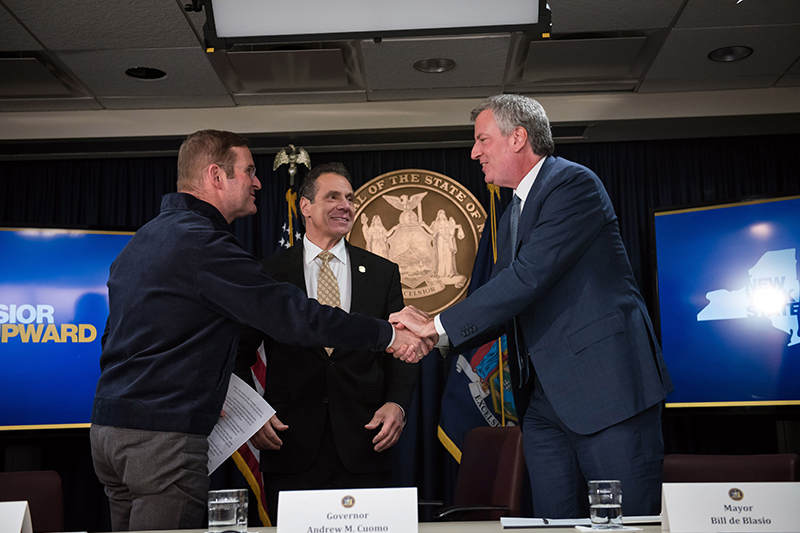 But not everyone was happy….the new Democratic-Socialist member of the NY Congressional delegation, the dim-witted Alexandria Ocasio-Cortez

“The idea that [Amazon] will receive hundreds of millions of dollars in tax breaks… when our subway is crumbling, and our communities need more investment… is extremely concerning to residents here.”

When we talk about bringing jobs to the community, we need to dig deep:
– Has the company promised to hire in the existing community?
– What’s the quality of jobs + how many are promised? Are these jobs low-wage or high wage? Are there benefits? Can people collectively bargain?

Hey, Alexandria read the press release I did.

…more than 25,000 full-time high-paying jobs; approximately $2.5 billion in Amazon investment; 4 million square feet of energy-efficient office space with an opportunity to expand to 8 million square feet; and an estimated incremental tax revenue of more than $10 billion over the next 20 years as a result of Amazon’s investment and job creation.

Socialist Alexandria Ocasio-Cortez is not happy that Amazon, the world’s most valuable company, has decided to invest billions of dollars and bring approximately 25,000 jobs to New York City.

The 28-year-old bartender turned politician responded to the news that Amazon is bringing a second headquarters to NYC by claiming, without evidence, that her community is “outraged.”

It is? Did she ask anyone?

Lastly, this isn’t just about one company or one headquarters. It’s about cost of living, corps paying their fair share, etc.

It’s not about picking a fight, either. I was elected to advocate for our community’s interests – & they‘ve requested, clearly, to voice their concerns.

If that’s why you were elected, you aren’t doing it very well. But don’t worry, if you insist maybe you can convince Cuomo and DeBlasio to offer the Amazon deal to Boston. I bet Beantown would jump at the chance to take it.

Per the contract, Amazon is getting tax breaks for picking the Queens NY site (as expected), but according to the deal they made with New York all the tax breaks are based on the salaries they pay their 25,000 employees so if they don’t put up the cash they don’t get the money.   Amazon has agreed to donate space on its campus for a tech startup incubator and for use by artists and industrial businesses, and Amazon will donate part of its Long Island City land for a site to build a new primary or intermediary public school. The company will also invest in infrastructure improvements and new green spaces.

Green spaces? Isn’t that the kind of save the planet stuff the socialist likes?  After all, she spent her first day in DC  joining a protest outside House Minority Leader Nancy Pelosi’s personal office calling for House Democrats to put forward a climate plan (a neat way for a rookie to impress the probable new speaker of the House).

25,000 high-paying jobs, infrastructure and an estimate of an additional $500M a year in tax revenue for the next two decades.  Many other cities pitched Amazon location and lost. New Yorkers are cheering Amazon’s decision, well except for one. A new member of Congress who is so wrapped up in socialist propaganda that she acts as if she is dumb as a rock. Unless perhaps it is not an act.

or check out our full line of President Trump holiday gifts