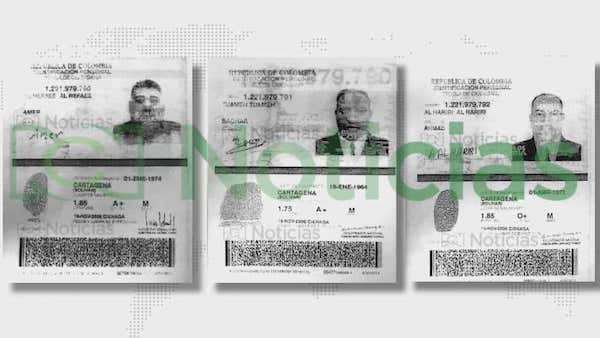 Tell me again how we don’t need to do a better job regulating who and how people come into this country. al-Qaeda Syrians

The latest example that should scare the heck out of you happened in the great state of Texas. While our legislators were concentrating on a fake impeachment trial, three Syrians nationals were arrested in Dallas had counterfeit Colombian passports. That was the good part. They are allegedly linked to Al-Qaeda and supposedly entered the US at Dallas, Texas. The report appears a bit sketchy at this time, due to some differences in who reported what. None of the reports state precisely where the men were arrested,al-Qaeda Syrians

The, I mean three Syrian nationals, first raised the suspicions of the American authorities when they applied for travel visas from Colombia, as their suspicious documents gave them away. These potential terrorists were not too smart. The American authorities detected a fraud when the fake passports’ birth dates failed to match up with the identification numbers used by the Colombian government.

Per Colombian reporter, Luis Carlos Vélez published images of the counterfeit passports on Twitter (below), noting that the men got into Colombia through the La Guajira border crossing with Venezuela.

Vélez reportedly stated that the U.S. embassy identified them as al-Qaeda terrorists when they attempted to procure U.S. visas, which does not align with the RCN report that police arrested them in Dallas. The RCN report does not note if Dallas authorities stopped them at the airport, which would suggest the men did receive U.S. visas and got onboard a flight to the country, or if they arrived by other means.

Three #AlQaeda members obtained Colombian passports to enter the US. The American Embassy identified them when they applied for US visas. They entered Colombia through La Guajira and allegedly came from Venezuela #Breaking #Terrorism pic.twitter.com/b4czaf6pnn

Vélez reported that the U.S. embassy identified them as al-Qaeda terrorists when they attempted to get U.S. visas. But they somehow got visas and heeded to Dallas where they were arrested.

RCN reports that American law enforcement identified the three bumbling terrorists as Al Raefee, Tuameh Tuameh, and Al Harari, and the three are believed to be in U.S. custody. They will soon be charged with being members of a terrorist organization.

Colombian prosecutors and Colombian migration officials are reportedly investigating the source of the fraudulent documents. The Maduro regime in Venezuela has been known to create fake documents for numerous jihadists. They usually work with Hezbollah rather than the Sunni Al-Qaeda, but there’s a first time for everything.

This time the three possible terrorists weren’t smart enough to make sure their ages matched, so they were arrested. But now that they learned their lessons the next time, who knows. Thank goodness we have a president who is trying to protect us by vetting who comes in and out of the country. Too bad the liberals are trying to stop him at every turn.