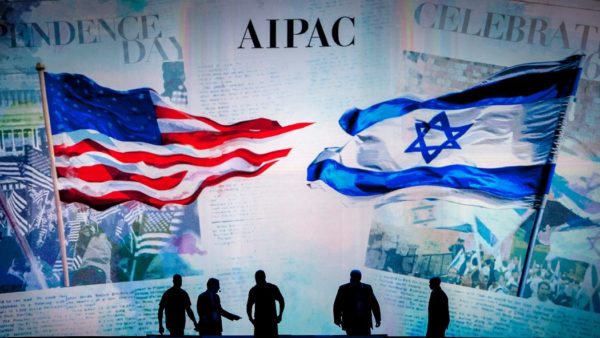 On Monday, a platform subcommittee created even more forceful language than 2012. However, two sources: Alan Clemmons (who introduced the language to the platform committee) and a second source who was working closely with the delegates (who asked to remain anonymous) heard rumblings that AIPAC is working on a full-court press to roll back the pro-Israel language before the full platform committee votes on Tuesday.

The new platform language reinstates a reference to Jerusalem as Israel’s capital of Israel by saying,

“We recognize Jerusalem as the eternal and indivisible capital of the Jewish state, and call for the American embassy to be moved there in fulfillment of U.S. law.”

It does not mention the “two-state” solution or a Palestinian state and rejects the approach to Israeli policy taken by the Obama/Clinton administration with strong language:

It also recognizes that the BDS movement is anti-Semitic in nature and seeks to destroy Israel”. It calls for federal legislation “to thwart actions that are intended to limit commercial relations with Israel, or persons or entities doing business in Israel or in Israeli-controlled territories, in a discriminatory manner.” 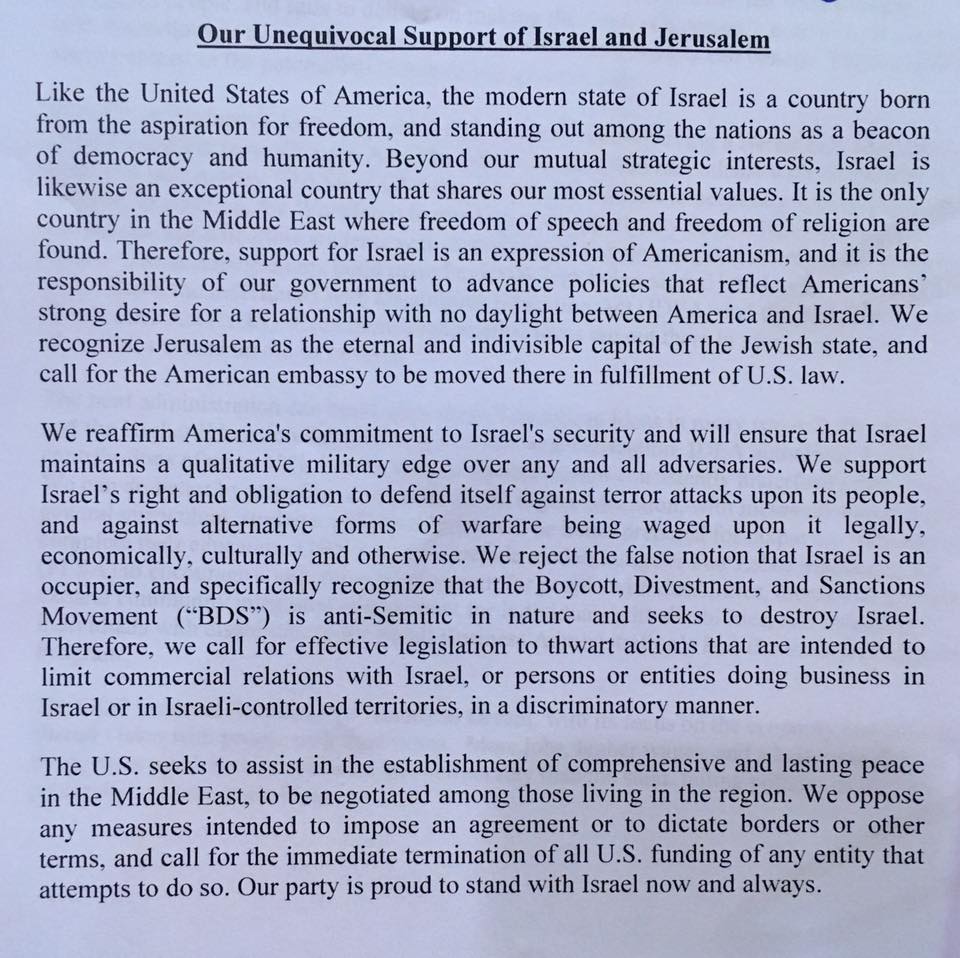 Later in the day, Mr. Clemmons wrote the following warning on his Facebook page:

I was honored to propose a strong Israel Plank of the GOP Platform today in National Security and Defense Subcommittee, where my proposal to strike the existing language and replace it with my language passed overwhelmingly (14-2). My amendment recognizes “Jerusalem as the eternal and indivisible capital of the Jewish state” and respects Israel’s sovereignty in negotiating lasting peace in the region. It also opposes “any measures intended to impose an agreement or dictate borders”.

Thank you to all my many partners who helped me vet this language, particularly my old friend and partner Joseph Sabag of Israel Allies Foundation, my new partner Jeff Ballabon of Iron Dome Alliance, and Jason Greenblatt and David Friedman who are both senior advisors of the Trump campaign!

Unfortunately, the saga is not over. The rumor is that AIPAC is trying to recruit surrogates on the Committee to oppose and weaken our strong Israel Plank language tomorrow when it comes before the full committee for approval. If you know any Platform Delegates please send them a note to STAND STRONG FOR ISRAEL!!!

After reading Mr. Clemmons Facebook post, I was able to contact another person involved with the committee who told me that they also heard that AIPAC is working on a full-court press to roll back the 2016 GOP language.

You might be wondering how AIPAC could take action seemingly against the best interests of Israel. I asked the same thing. This morning in preparation for my Jewish Star column (which discussed the Free Beacon piece about AIPAC), I spoke to Jeff Ballabon of Iron Dome Alliance to find out why AIPAC pushed for a 2012 GOP pro-Israel rollback seemingly against the best interests of Israel.  Ballabon said that he is “personally familiar with a number of instances where AIPAC lobbied against Israel’s clear interests and stated policies in pursuit of their own agenda.”

Based on what the warnings I am getting from people involved with the committee, It seems that AIPAC is looking to put it’s interests above those of Israel once again.