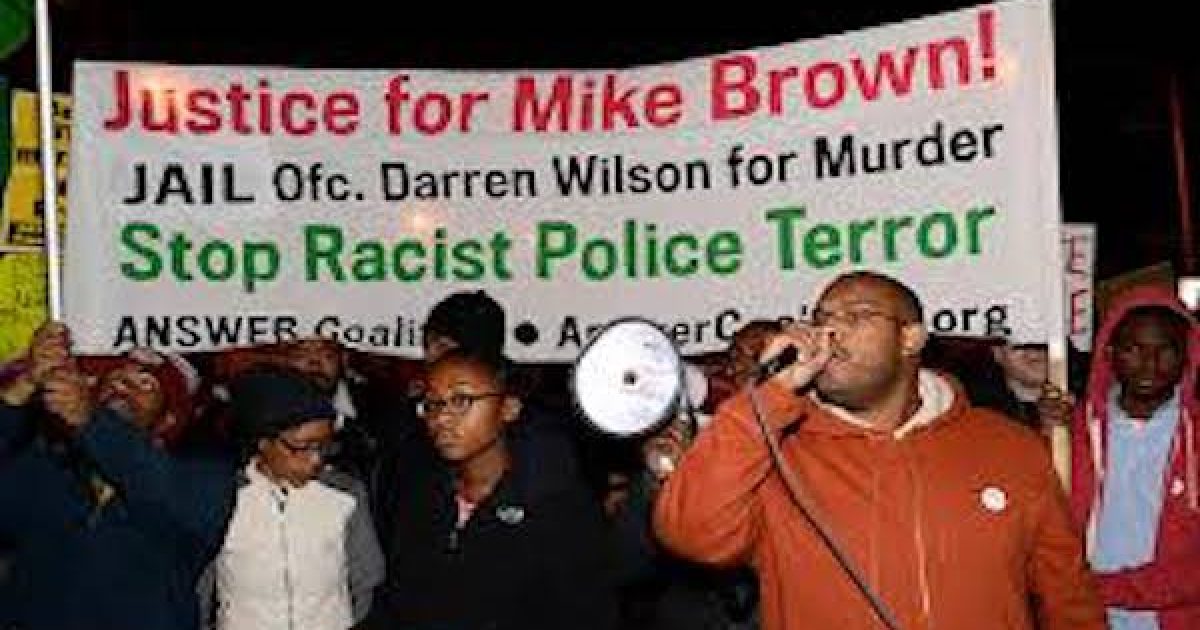 Earlier this month, the African-American Defense League, a black nationalist group founded by Mauricelm-Lei Millere, posted a call on Facebook to kill what it describes as “Confederates, KKK, skin heads” and “all of… President Trump’s friends” along with their families.

SHOOT TO KILL ALL CONFEDERATES, KKK, SKIN HEADS, AND THEIR FAMILIES, IN SELF-DEFENSE!

ALL OF ‘THE DUCK’S’, PRESIDENT TRUMP ‘ FRIENDS!

If the massacre in Virginia hasn’t awakened you then you cannot be awakened, and your are a potential danger that we must eliminate, in this ongoing Revolutionary war!

I say again Black Nation, WE MUST KILL ALL RACIST ORGANIZATIONS AND THEIR FAMILIES IN SELF-DEFENSE! 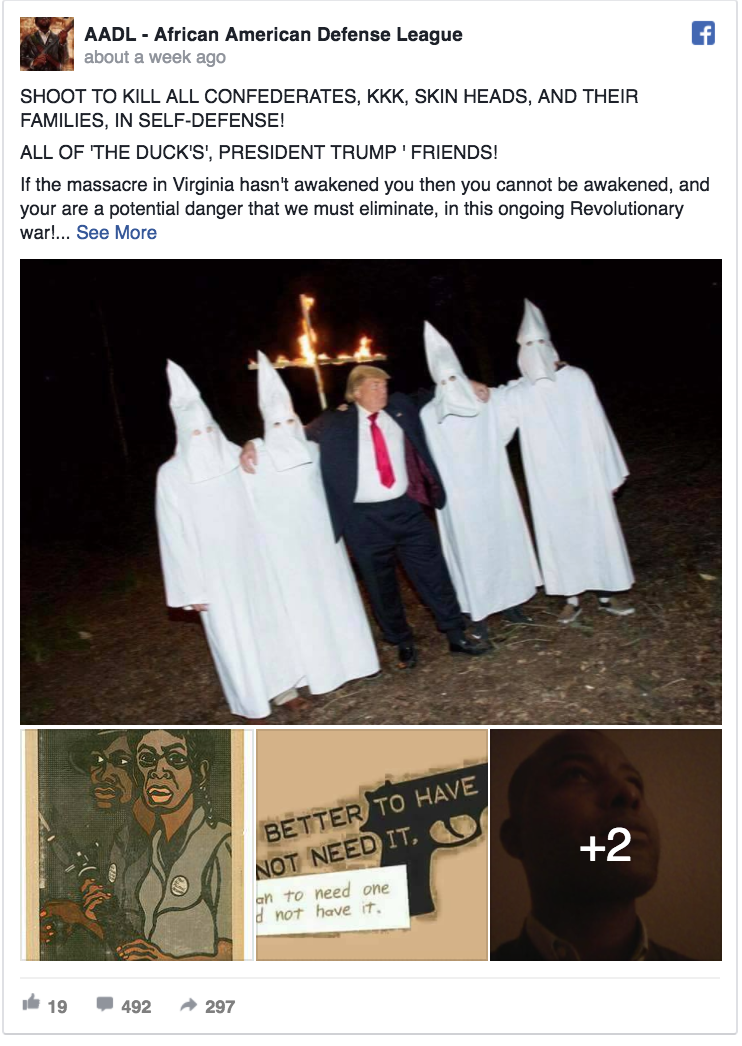 It’s not the first time Millere has made threatening statements like this.  On the morning after Micah Xavier Johnson shot and killed five Dallas police officers, Millere used the Facebook page to advocate the murder of police officers across the country.

According to the Daily Beast:

At 10:52 a.m. the morning after the shooting, Millere posted the following message to the African American Defense League’s Facebook page:

“WE ARE CALLING ON THE GANGS ACROSS THE NATION! ATTACK EVERYTHING IN BLUE EXCEPT THE MAIL MAN, UNLESS HE IS CARRYING MORE THAN MAIL!”

Founded in the wake of Ferguson protests in 2014, the African American Defense League is tiny, with possibly only Millere himself as its current leadership, according to the Anti-Defamation League’s Center on Extremism. But Millere and the AADL operate many different front groups, including a Jonesboro, Louisiana, church called the Morning Star Baptist Church. Multiple attempts to reach Millere at his several phone numbers, email addresses, and Facebook accounts went ignored at press time.

The entire page is filled with this type of rhetoric, with one post dated August 21 declaring that the white man “will be given his own blood to drink like water.”

Malik Zulu Shabazz, the former head of the New Black Panther Party, told the Daily Beast he believes Millere may be a plant.

“We don’t know whether he is with the movement or not. We don’t take him seriously,” he said. “He may, in fact, be a plant. We don’t endorse what he says. He’s under suspicion as a plant.”

The message comes at a time when tensions are extremely high in the country, thanks in part to extremist groups like Antifa, and media outlets like CNN, which just recently said all of those who voted for Trump are white supremacists by default.

What amazes me is the fact that Facebook has allowed this page to remain visible for so long, given its violent and threatening rhetoric.  Many other pages have been pulled for far less…