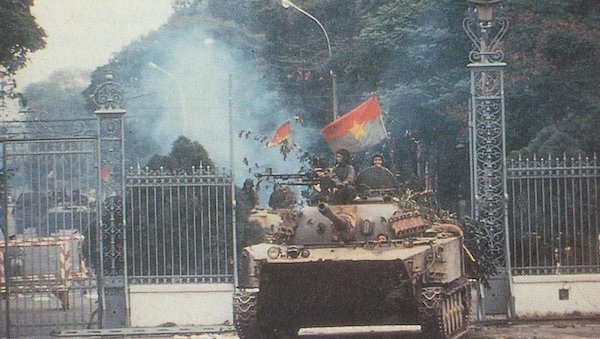 A retired major general called into my local talk show this week and, among other sentient points, compared the U.S. withdrawal in Kabul to the Fall of Saigon in 1975.

Joe Biden, however, disagreed during his Thursday presser on the sensitive topic.

“None whatsoever. Zero,” the president shot back at a reporter. “There’s going to be no circumstance where you’re going to see people being lifted off the roof of an embassy.” 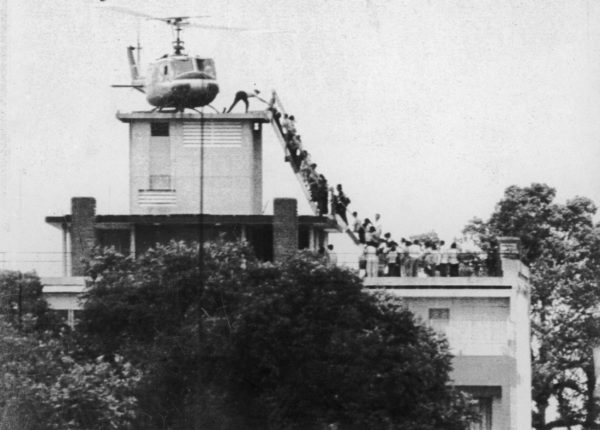 Well, maybe it’s not exactly the same traumatic experience yet, but it’s an apt analogy.

Biden was in the U.S. Senate 46 years ago during Operation Frequent Wind. The Communists took over shortly after and began committing mass murder and established re-education camps. U.S. intelligence community estimates the Kabul government could fall within six months.

On the positive, Biden finally agreed to aid Afghan interpreters who risked their lives for Americans. They’ll be airlifted to a third country — likely Guam, Qatar, or the UAE — while they await visas, emphasizing how perilous our allies’ situation will be once the Taliban takes more territory.

The president also echoed the cliché that the war’s mission was to bring justice to Osama bin Laden. That’s absurd. That was a great moment but mostly symbolic.

Whether Rand Paul and Bernie Sanders like it or not, American soldiers in Afghanistan are also fighting for the self-determination of local people. We are an exceptional nation because we sacrifice to advance not only our interests but also our values.

Since he announced the surrender plan fewer than 90 days ago, the Taliban has seized nearly half of Afghanistan’s 421 districts. If this trend continues, these irredentist savages will impose a regime that negates people’s rights to decide their government, to put it mildly.

My call followed the general’s. I mentioned I agreed with his analogy and reminded the “endless war” crowd that our combat role ended in 2014. There have been no American combat deaths in 17 months. A couple thousand troops are supporting the Afghans fighting for us against our enemies. It’s not a bad deal.

We are also not “nation-building” in Afghanistan. Our goal is to make certain the Afghan government doesn’t wake up each day thinking of how to attack America and the West.

Perhaps more importantly, we do not want the country to become a safe haven for the terrorists who attacked us on 9/11. We fight in Kandahar, so we don’t fight in Kansas City, as the saying goes.

And by that standard, our deployment in Afghanistan has been a success since it accomplished both goals. Like in Iraq before Barack Obama relinquished our gains for political reasons, Afghanistan has a fragile government that’s an ally.

Al Qaeda is not currently able to use Afghanistan as a launching pad for terrorist attacks, but after this unwise withdrawal,  the Taliban will return to power. And when they do, Al Qaeda’s also coming back. The people who attacked us will again have Afghanistan as a safe haven to butcher little girls and prepare attacks against the United States. Do isolationist populists want that on their conscience?

Sen. Lindsey Graham claimed Thursday that Biden “does not understand conditions are developing in Afghanistan for a reemergence of al-Qaeda and ISIS which will directly threaten the American homeland and our allies.”

The South Carolinian wants the president to provide airpower support for the Afghan National Security Forces to ensure a flying advantage against the Taliban.

“If we do not do this, I fear that al Qaeda and ISIS will reemerge from the ashes of a civil war that’s brewing in Afghanistan 20 years after 9/11,” he concluded.

Graham is correct, I fear. Biden’s plan is sophomoric and not reassuring.