The Lid On The Schaftlein Report: Afghan Debacle Fallout Grows 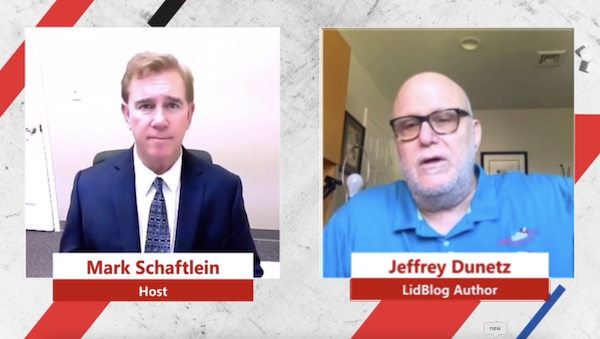 The Lid had the honor of being the guest of Mark Schaftlein on his program The Schaftlein Report. Mark and I had a great conversation, spending most of the time talking about the disaster known as Joe Biden (don’t blame me; I voted for the mean tweeter).

Among the topics we discussed:

Make sure to watch Mark’s program every weekday. It’s posted at  8PM on the Schaftein Report website https://schaftleinreport.com/ or on the Shaftlein Report’s Facebook page, which can be found by clicking here ( I am scheduled to be a guest again on 9/20).

Watch the show below– I promise you will find the program entertaining, informative, and at times a bit snarky (it wouldn’t be me without some snark)