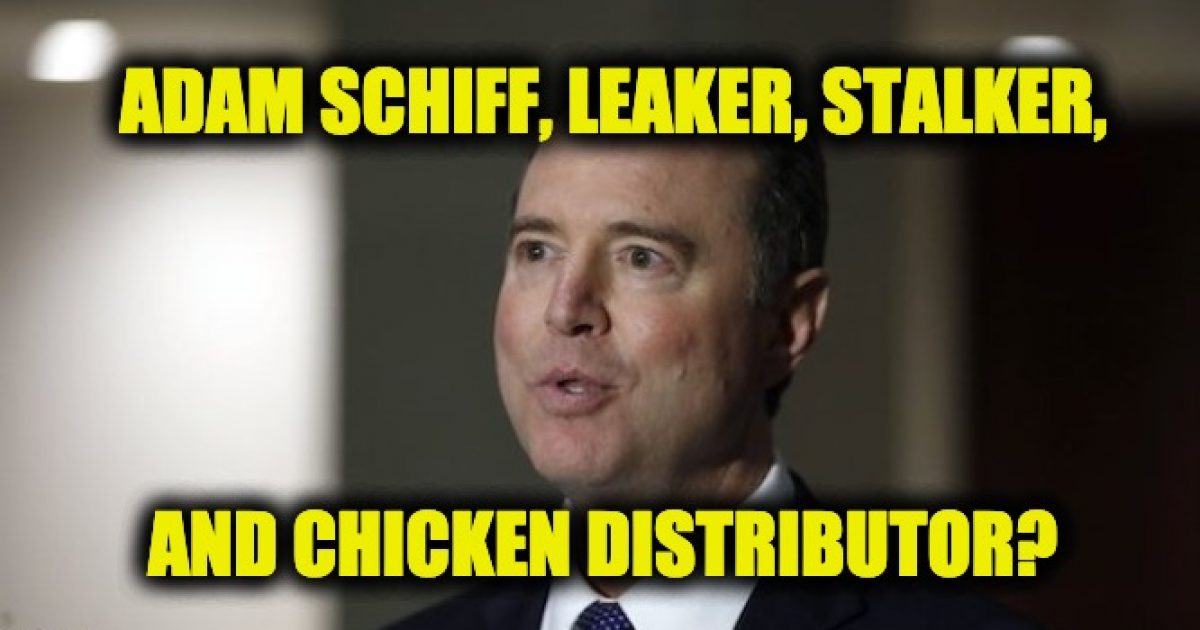 Bill Maher mocked Democrat Rep. Adam Schiff over his obsession with President Donald Trump and Russia: “But this [Mueller] was our big gun. Now it just looks like you’re stalking him.”

What happened to all that evidence Rep. Adam Schiff claimed he had on Trump? He claimed to have irrefutable proof… Does this mean he withheld evidence from Robert Mueller? Obstruction of justice?

Bill Maher mocks Democrat Rep. Adam Schiff (CA) over his obsession with President Donald Trump and Russia: “But this was our big gun. Now it just looks like you’re stalking him” pic.twitter.com/gzlaSO5Jsm

Maher began his show by ripping Bob Mueller for not indicting the President:

“For over two years, America has had a crazy person in the White House, and for over two years the Democrats have done f**k-all about it because they were waiting for Mueller. We all sat around waiting for prosecutor Jesus to turn in his big report. And he came back with, ‘ask someone else. We needed Superman and we got Clark Kent.”

He was, without doubt, an unhappy puppy by the time his interview with Rep. Adam Schiff (D-CA) began.

Schiff began by clinging to his false claim that the Mueller report said: “that the Trump campaign welcomed it [the Russian interferece], embraced it, built it into their plan, made full use of it, lied about it, covered it up, and then obstructed the investigation into it; and, if we had any doubt before about this president’s fitness for office, there is no doubt remaining: he is unfit for the presidency.”

Actually what the Mueller report says was there were various attempts by Russian operatives to assist the campaign their origin was unknown, and each attempt was turned down or ignored. But Schiff would never let the truth get in the way of a good lie.

Maher then pushed back. “But this was our big gun. Now it just looks like you’re stalking him,” he said. “I think in the eyes of the people who don’t follow it that closely, which is most of the country, here’s the thing about Bob Mueller: he’s the last thing in America that left and right agreed on. Left and right basically agreed, this is a guy of honor, this is an honest guy, an honest broker, whatever he says goes. Americans are not into details. Don’t read it to me Bob just give me thumbs up or thumbs down. The fact that he was like umm…If you couldn’t impeach before, how are you going to impeach after? Or should you. Where are you on that?

The stalking comment seemed to put Schiff back on his heels as he answered:

I’m not there yet on impeachment. I may get there—he may get me there—but here’s the awful dilemma that we face: if we don’t impeach him, that sends a message that this kind of conduct—this obstruction of justice, this kind of willing use of the help of a foreign adversary, all the lies and cover-up—that this is non-impeachable. At the same time, if we do impeach him, and he is acquitted, as he would likely be acquitted, then the message is: those are non-impeachable offenses.”

Maher followed up by getting personal about Schiff-head.

“I’ve seen you on TV a lot over the last couple of years. I know everything you know, or that you tell us, about the Russian situation,” Maher told Rep. Schiff. “I don’t have a clue what you think about health care—I’ve never heard it. I don’t know whether you’re for Medicare for all or improved Obamacare or get a chicken. I don’t know what.”

Perhaps that should be the new Democratic Party slogan, “We stalk the President and distribute chickens.”

This Should Be Fun As All Get Out: Watch As Scott & Houston Jones Play ‘Kentucky Roulette’
Great American Outdoors
Pence v. Trump 2024? Former Veep Leaves the Door Open
Flag And Cross