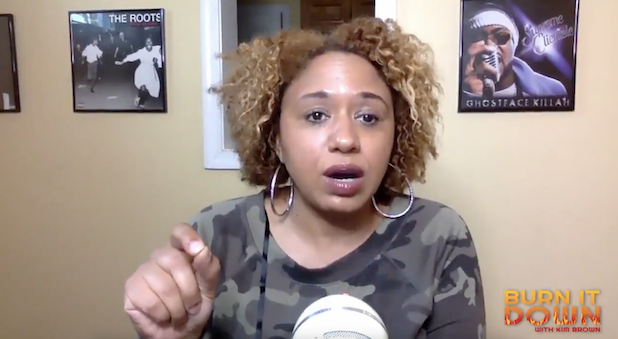 Burn it down isn’t just a pithy slogan for change. Some people want exactly that. Loot stores and burn cities to the ground.

When we’ve got educators, media, and now the White House itself running every issue through a racial lens of oppressed and oppressor, that has a predictably negative effect on society.

It creates division, resentment, and a sense of entitlement.

Stoking lies like Jim Crow 2.0 and ‘Big Lie’ (the Big Lie, of course, was what Joe ran on about Charlottesville) is only serving to create greater tensions and resentment.

In this case, it comes down to somebody had more stuff than me, and I’m owed something for it. That sentiment is being further indulged by talk of reparations, and CRT teaching being foisted on our government, and embracing the 1619 Project whose author was happy to hear that the riots in 2020 had been dubbed the 1619 riots, and 1619 was spraypainted on some of the property destruction.

The activists in the public have gotten the message.

Who is she? That clip is from a longer one (96 minutes) on YouTube.

Here’s what she wrote about her own show: 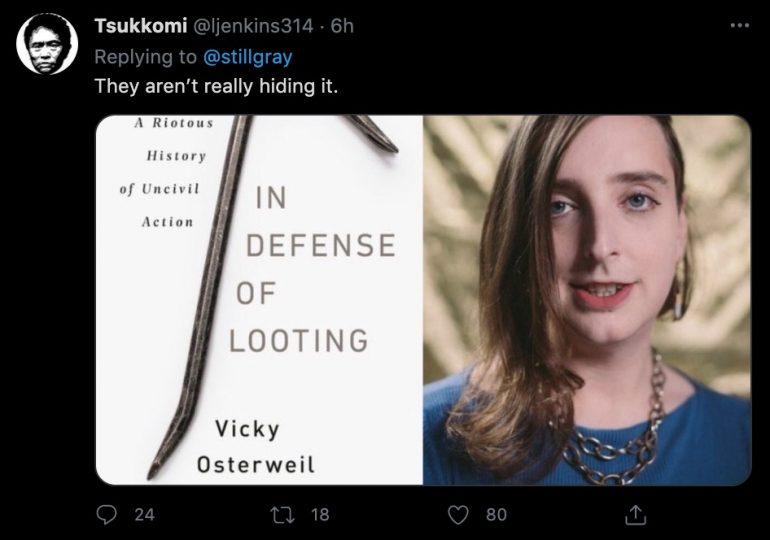 Joe, of course, pulled the plug on the 1776 Project on the same day he was sworn in.

He has priorities, you see. He really was a Trojan Horse for the most radical wing of his party, despite all of his assurances he had defeated the socialists, he is accomplishing more than Bernie could have ever dreamed of in pushing the country over that socialist cliff.

Part of the reason we are here is that the media made a conscious choice to play the race card again and again and again and again throughout Trump’s presidency because they believed that would help whip up public opinion against the Republicans and push support for the Democrats to help put them back in office.

The short version? Mueller Report came up empty on the Russia deal. Let’s run every story from now (ie: Aug 2019) until the election through the filter of Trump’s a racist. And who pushed the ahistorical and widely discredited 1619 Project calling all of America systematically racist? That would be the NYT.

They are very selective in their narrative crafting. If an honorable black cop dies at a traffic stop, murdered by a man who was not lawfully in the country, they ignore that story.

But any time a black civilian dies in an encounter with a cop, they don’t wait for the facts to come out — or even the names of the parties involved – to declare it was a racially motivated murder.

But the foreign enemies of America, the ones who know we are the only thing standing between them and regional conquest?

Fanning this flame is how they hope to defeat us without firing a shot. If we’re busy fighting each other, they can build their empires without worrying about us.

Do some of your own research. How much money from CCP affiliated groups has found its way into groups like BLM?

No WONDER our intelligence experts told us China preferred Joe as a candidate. His policy will weaken the very fibers of our nation.