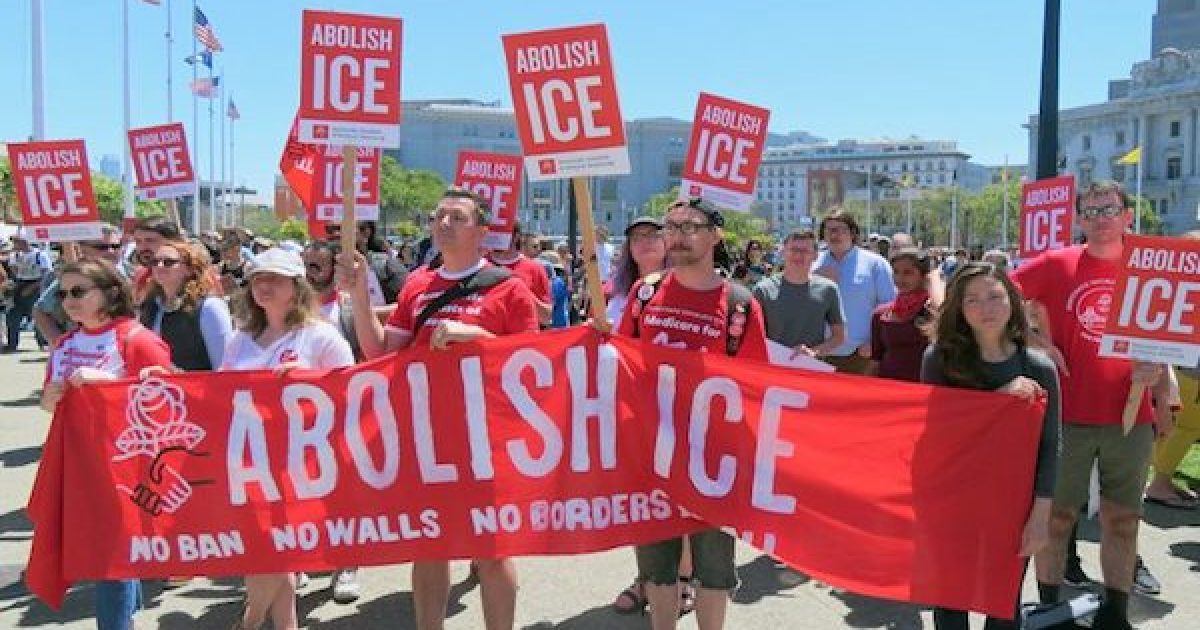 We all know that the so-called “mainstream media” spins every story to make the American center-right look like the bad guys. Sometimes these members of the Democrat Party’s steno pool are blatant, of course. But quite often they are subtle as can be. A recent story about the Democrats campaign to abolish ICE published by Roll Call is the perfect example of the subtlety that the liberal media often employs to shade stories to the detriment of the right.

So, would you like to see how the left-wing media spins stories to make Republicans look like the bad guys? You need look no farther than the spin Roll Call put on a story about Vice President Mike Pence replying to liberal demands that the Department of Immigration and Customs Enforcement should be abolished.

For several weeks, now, a growing list of left-wing Democrats have lighted upon a new campaign issue and have begun braying to “abolish ICE.” Late last week the Trump administration has finally started to push back against the outrageous demand to eliminate ICE. President Trump mentioned the left’s push to terminate one of our chief immigration enforcement agencies at a rally in Montana. But VP Pence also spoke about it from Washington on Friday.

Now, the Department of Immigration and Customs Enforcement, shortened to ICE, was created relatively recently. The agency was started in 2003 during the reorganization of our federal policing agencies after the Islamist terrorist attacks on Sept. 11, 2001.

With the Homeland Security Act of 2002, the duties and functions of several different agencies were combined into this new agency to give immigration investigations a more consolidated and concerted location in one agency.

It is this agency that the left is suddenly all upset about.

“You should get rid of it, start over, reimagine it and build something that actually works,” she told CNN late Thursday.

Other liberals soon joined in. California Senator Kamala Harris said we should eliminate ICE and “start from scratch,” and our favorite old socialist Senator from Vermont, Bernie Sanders, didn’t really go all in on the idea, but did say that the department needs to be re-imagined.

Then there is the media’s favorite new socialist, putative Democrat New York congressional candidate, and self-professed socialist, Alexandria Ocasio-Cortez who has ramped up the pressure on ICE.

As National Review reported, Ocasio-Cortez is calling for ICE to be abolished on her campaign website (my bold):

As overseen by the Trump administration, ICE operates with virtually no accountability, ripping apart families and holding our friends and neighbors indefinitely in inhumane detention centers scattered across the United States. Alex believes that if we are to uphold civic justice, we must abolish ICE and see to it that our undocumented neighbors are treated with the dignity and respect owed to all people, regardless of citizenship status.

So, with that as a backdrop, back to the Roll Call story. Pretending to report on Pence’s comments, the DC-based newspaper jumped to its story with a Friday piece entitled: “Pence to Democrats: Stop ‘Spurious Attacks on ICE.”

The very first paragraph of this laughable excuse for news is a master class in liberal spin all aimed at making Pence look like the bad guy.

There are some lies, half-truths, and liberal spin here:

First, there is this: “Pence… continued the White House’s efforts to make a controversial border security agency known as ICE a major midterm election issue…”

This is all essentially a lie. Neither Pence nor Trump has “made” this an issue. It was the Democrats who brought this “abolish ICE” idea to the forefront as a campaign issue. Pence was just responding to the left’s proclamation. Sure, it may become a “campaign issue” for the right, but it is not an issue that Trump created, it is one the liberals made.

Finally, even as it is actually quoting Pence who said ICE arrests “criminal illegal aliens” who are “poisoning our youth,” the way it is written is also meant to cause readers to hate Pence for possibly making a false claim.

But, it really is ICE’s job to arrest criminal illegal aliens. So, even though Pence used that term, Roll Call should not have placed the scare quotes around the term because Pence isn’t making a claim with that phrase. He was asserting a fact. Now, “poisoning our youth” is undoubtedly a quote, so the use of quote marks was warranted there.

So, the net effect of that first paragraph is one lie after another all shaded to make Pence look bad. Contrary to Roll Call’s first paragraph, the Administration did NOT create any “midterm election issue,” ICE is NOT a “controversial agency,” and arresting “criminal illegal aliens” is NOT a scary, possibly false claim, but ICE’s actual job.

This is how the liberal media works. They abuse our language to lie to readers all to shade the “news” as a way to attack the right.