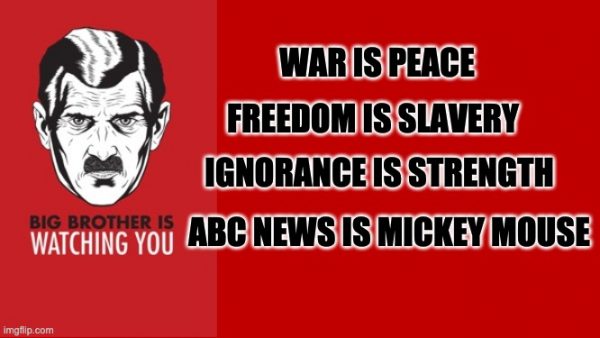 The unspoken (but obvious) rule at these ‘news’ outlets is that the narrative must be defended even when the video shows the contrary. In talking about “peaceful” protests ABC News was shredded for sticking to their crazy narrative.

It’s easy to laugh at Nadler and his room-temperature IQ for claiming that the violence in Portland and the existence of Antifa are both ‘myths’ as we explained here.

It’s much harder to explain away when we are watching the same dynamic play out in corporations whose sole raison d’etre is to learn and report the details concerning facts or events of national import.

Granted they are owned by Disney, but that doesn’t mean ABC has to be a Mickey Mouse news operation.

Here is what ABC tweeted in their let’s call it ‘reporting’ of an incident in California.

Notice they couldn’t help but resist the urge to frame some clear expressions of criminal conduct within a ‘broader narrative’ of ‘peaceful protest’.

They seem unable to reconcile themselves to the fact that there are two distinct groups of people in play here: One that actually wants to operate within the lawful boundaries of the First Amendment rights of addressing grievances to their government and another that has found a useful pretext for disorderly conduct, violence, and general mayhem.

Those two groups are not the same.

The latter is using the former as a means of disguising their true nature and intention… deliberately using violence to pressure politicians into a model more in line with their own political leanings. You know, just like the Brownshirts, Blackshirts and Bolsheviks before them did.

But these ‘journalists’ are not getting away with it.

Of course. Peace intensifies until it reaches its point of combustion. Just as kindness intensifies into murder. https://t.co/9BmdRBnsa1

Joining in on the sarcastic fun:

I remember one time I smiled so hard I stabbed a guy. https://t.co/ZxWc5abZ04

It sounds like Newspeak from Orwell’s 1984 which featured slogans such as “War is peace/freedom is slavery/ ignorance is strength.” 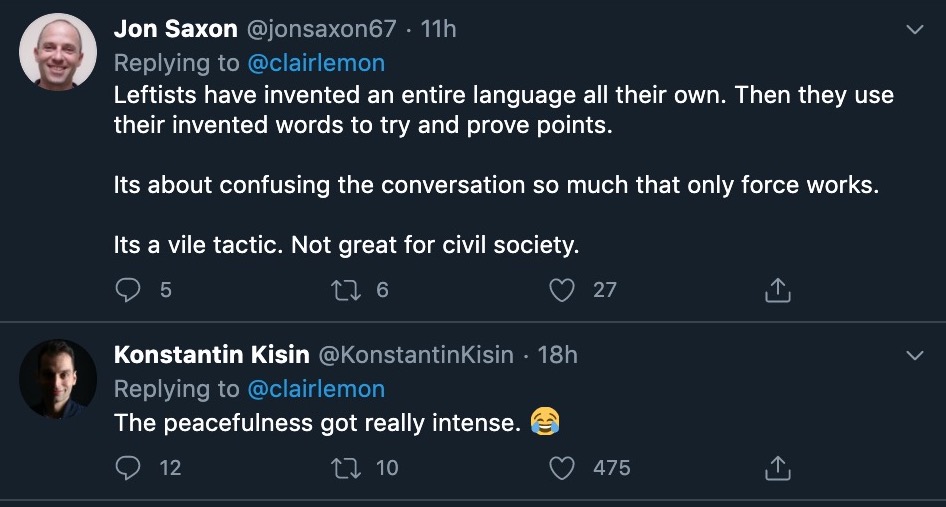 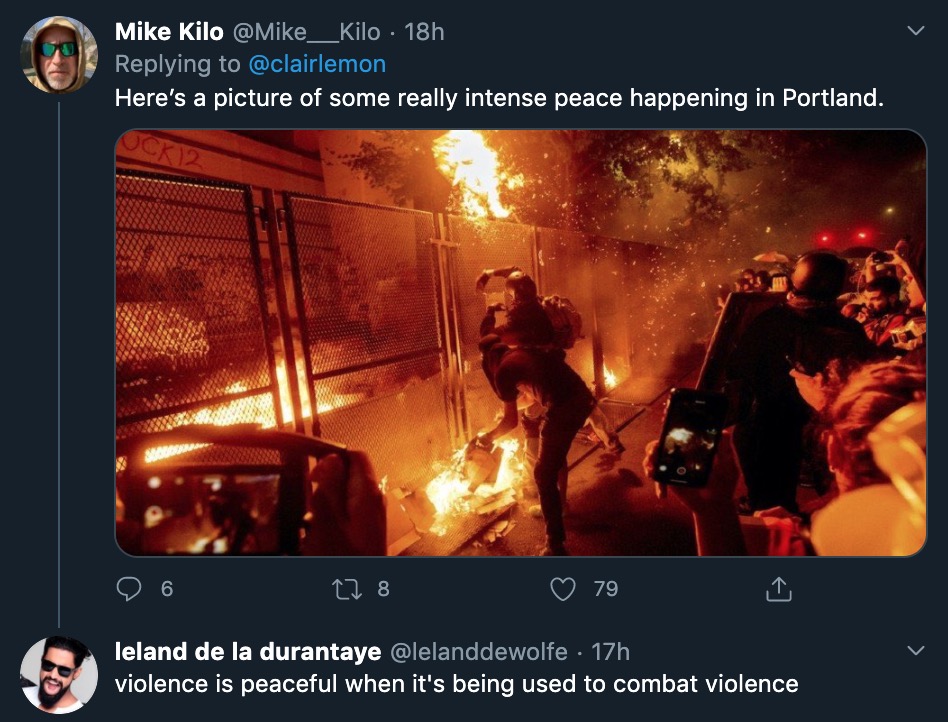 Don’t dismiss it an isolated incident, either. Because it isn’t.

Seeing how the press has been literally siding against law-abiding citizens and with violent punk-ass protesters, maybe calling them the ‘enemies of the people’ wasn’t so far off.

This isn’t the first time that ABC News has bungled actual news reporting. After all, M-I-C, see you real soon. K-E-Y, why because we like you! M-O-U-S-E.